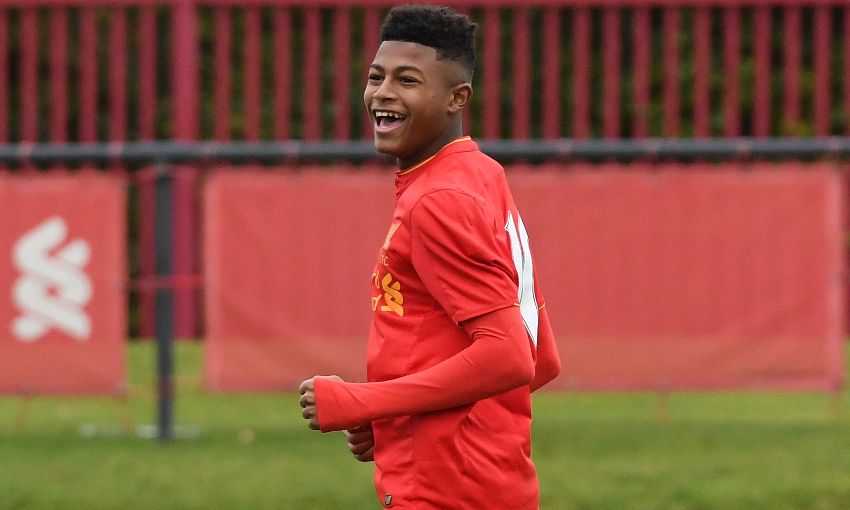 Academy column: Why no team talk is necessary for Saturday

Neil Critchley's team, who had drawn each of their last three outings, took an early lead through England forward Brewster but were pegged back when Jack Lambert scored with half an hour gone.

The hosts' dominance of the remaining hour eventually paid off, though, as their in-form striker made it a brace in the 88th minute, reacting quickly to send a sweetly-struck effort home.

Liverpool made a typically forward-thinking start to proceedings, which was perhaps best summed up by an early chance for Adam Lewis.

The full-back popped up in an unfamiliar central position just outside the Boro box as the ball broke, but unfortunately could only skew an effort wide when he might have done better.

That proved inconsequential, however, with the breakthrough coming after just 12 minutes courtesy of Brewster.

Yan Dhanda laid off a deep Bobby Adekanye cross in the box for Glen McAuley and, when the striker's shot was blocked, Brewster was on hand to finish the move off.

The hosts' lead did not last long, with Lambert levelling things up as he capitalised on a quick free-kick and a sleeping Reds defence to finish smartly.

But that would prove a rare bright moment for the visitors, who were largely up against it from then on.

Adekanye went closest before the first half was up, firing just over after twisting and turning, and the siege only intensified in the second period.

Brewster saw a goal-bound effort blocked desperately around the hour mark, just two minutes before debutant Curtis Jones curled one onto the post.

And when McAuley headed a pinpoint Lewis cross just over, it looked like it was going to be Boro's day.

However, Brewster refused to accept that result and, with just two minutes of normal time remaining, he diverted the ball home on his left foot after an initial shot was blocked to hand the Reds the points.