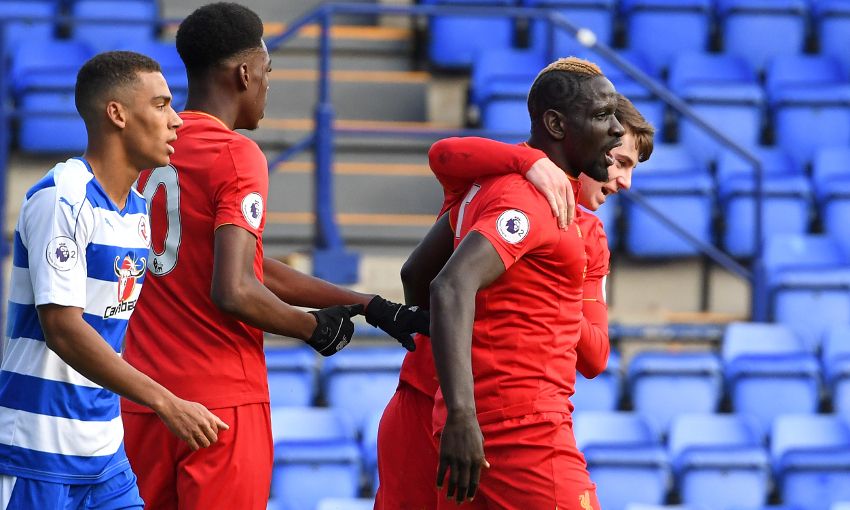 Liverpool U23s got back to winning ways in Premier League 2 as they ran out 2-0 winners against Reading in a one-sided encounter at Prenton Park on Sunday.

The Reds, playing their first league fixture since a narrow defeat to Manchester City on October 28, claimed a comfortable victory thanks to goals in each half from Mamadou Sakho and Ben Woodburn.

Michael Beale's men wasted little time in signalling their intentions as they applied pressure to the Royals' goal from the outset.

Dangerous crosses from Brooks Lennon and Woodburn almost provided the early breakthrough, but Matty Virtue and Cameron Brannagan were unable to apply the finishing touch on each occasion.

That mattered little, though, with the hosts eventually taking the lead after just 14 minutes as Sakho followed in to force the ball home after Ovie Ejaria's controlled effort was well saved.

Liverpool continued to dominate as the half wore on, but both Lennon and Woodburn were unable to add to the lead as they fired shots straight at the 'keeper in positions where they might have done better.

The second period followed a similar pattern to the first, though the Reds were given a slight scare in the 50th minute when Kamil Grabara was called into action by Tyler Frost's low effort at the back post.

And when Cameron Brannagan hit the bar with 15 minutes remaining, the game appeared set up for a Reading sucker punch.

Any hopes the visitors had of a smash and grab were ended in the final 10 minutes, however, as the ball broke somewhat fortuitously for Woodburn from a Madger Gomes cross and he completed the simple task of tapping into an empty net.