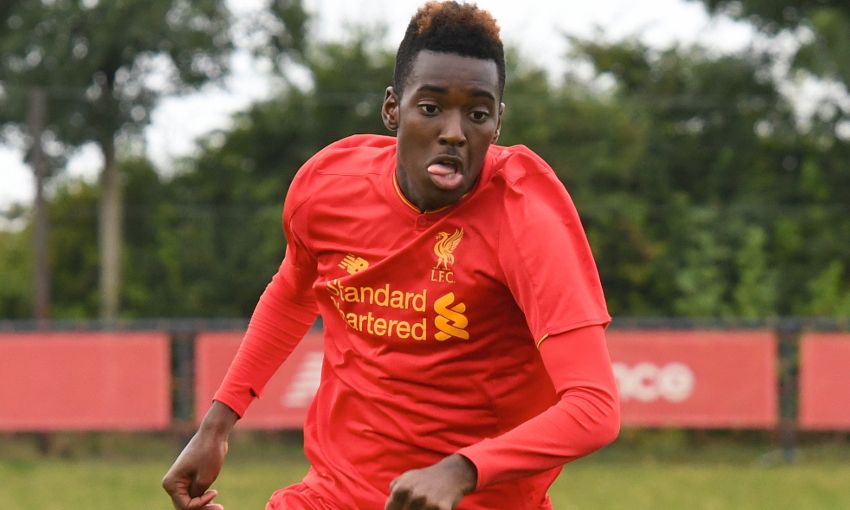 Support the young Reds against Reading at Tranmere on Sunday

Rafael Camacho netted a brilliant free-kick as Liverpool U18s played out a 2-2 draw with Wolves at Molineux on Tuesday night.

Twice Neil Critchley's side took the lead only to see the home side come back each time.

Camacho gave the Reds the lead with a memorable direct free-kick before Wolves levelled.

George Johnston then netted to make it 2-1 before half-time before the home side came back to level the scores again just past the hour mark.

Reflecting on the draw, Critchley told Liverpoolfc.com: "We had long spells of possession and some good moments but our decision making let us down.

"We are an attacking team and at times we looked vulnerable to their counter-attack.

"It was a good game for the neutral but I only look at my team and we are capable of a lot better than what we showed tonight."

Goalkeeper Dan Atherton made his first start for the U18s after returning from injury when Ben Williams picked up a knock during the warm-up, and the coach was delighted with the contribution of his young stopper.

"I was pleased with Dan and it was nice to see him back," he added.

Critchley's charges are back in action on Saturday morning when they host Manchester United at the Kirkby Academy - a game you can watch live on LFCTV with our coverage starting at 10.30am GMT.