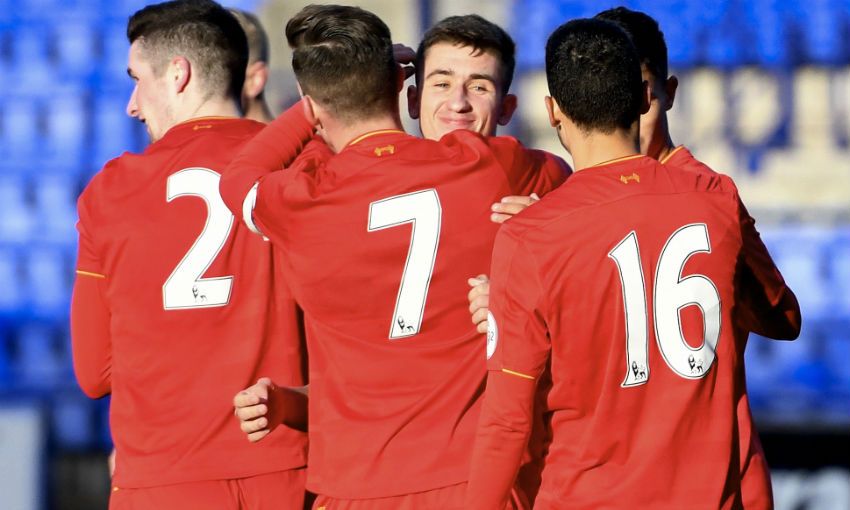 Support the young Reds against Huddersfield on Saturday

Liverpool U23s made it two wins from two Premier League Cup games with an impressive 3-0 victory over Huddersfield Town at Prenton Park this afternoon.

Brooks Lennon continued his fine run of goalscoring form to give Michael Beale’s side the lead midway through the first half, before captain Harry Wilson netted from the spot with 13 minutes remaining and Cameron Brannagan added a late third with a superb long-range strike.

The young Reds now sit three points clear of Ipswich Town - who they beat 3-0 away last month - and West Bromwich Albion at the top of Group G, and return to Premier League Cup action against the Baggies next month.

Lennon’s clinical equaliser claimed a point for Liverpool in their International Cup tie with Porto in midweek, and the American forward notched his third goal in four games 25 minutes in.

The 19-year-old latched on to Wilson’s defence-splitting pass and produced another excellent finish to beat Huddersfield goalkeeper Luke Coddington.

The opening goal was just reward for Beale’s team’s strong start and Brannagan went close to doubling their advantage soon after, before Coddington denied Matty Virtue.

Huddersfield came back into the game after half-time but the visitors once again had Coddington to thank for keeping them within a goal of Liverpool when he tipped Wilson’s well-struck volley over the bar.

However, there was nothing the Terriers’ keeper could do to prevent Wilson getting on the scoresheet with a 77th-minute penalty after Corey Whelan had been brought down in the area.

And Brannagan then sealed the three points with an unstoppable 25-yard drive in the last minute.