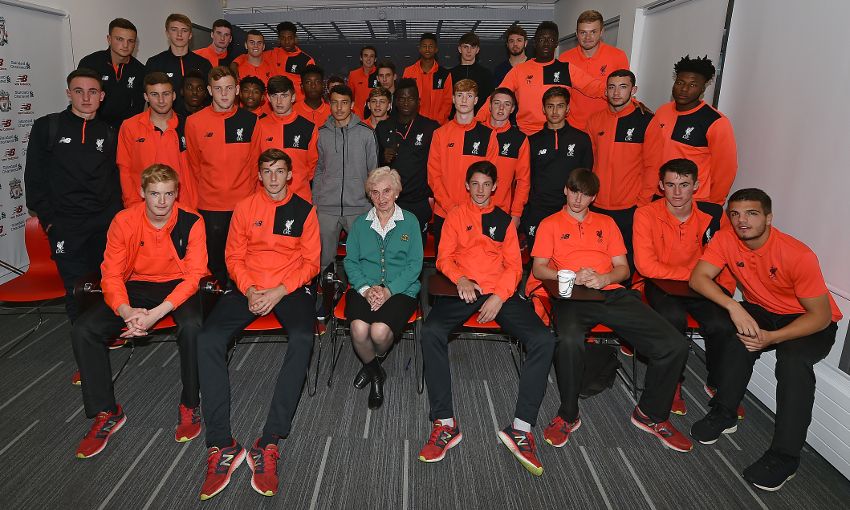 'I was impressed with Marko Grujic immediately'

Liverpool's Academy players were visited by the Holocaust Educational Trust this week as Holocaust survivor Renee Salt delivered a talk to the U14, U15, U18 and U23 squads.

Founded in 1988, the Holocaust Educational Trust aims to raise awareness and understanding in schools and among the wider public of the tragedy and its relevance today.

Mrs Salt discussed her traumatic experiences during the Holocaust and took questions from the youngsters at the Academy.

Defender Tom Brewitt said: "It was an honour for the lads to be able to listen to Renee’s story to understand the distressing experiences during the Holocaust.

“It is really important that we are all educated on what happened during this period, and listening to Renee was a real privilege for everyone.”

Karen Pollock MBE, chief executive of the Holocaust Educational Trust, who also led a discussion with the players in Kirkby, said: “We are delighted to be working with Liverpool Football Club to give their Academy teams the opportunity to hear from a Holocaust survivor.

“Renee Salt’s incredible story will hopefully be something that will always stay with them as they embark on their careers, and an educational lesson they will never forget.”