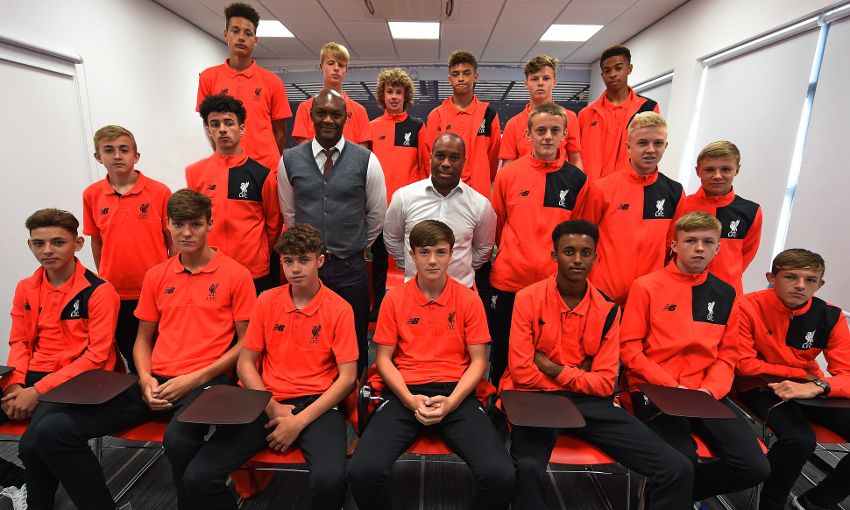 Liverpool FC was paid a special visit by Kick It Out last week as football's equality and inclusion organisation dropped by the Academy to speak to the U15, U16 and U18 squads.

Kick It Out has worked closely with the club for a number of years and focuses on promoting the message of equality, inclusion and anti-discrimination through the Academy programme.

KIO education and development manager Troy Townsend was joined by Kick It Out mentor and ex-professional footballer Marcus Gayle for a workshop to talk about their experiences of equality and discrimination in the game and to help educate the youngsters based in Kirkby.

Liverpool U18s manager Neil Critchley said: "It is a privilege to be able to welcome Troy and Marcus to the Academy to deliver their Kick It Out workshop.

"It is extremely important for us to be able to have the support of Kick It Out and raise awareness of all forms of discrimination - not just in football, but in life in general.

"The workshops also provoked some discussion and raised the players' awareness of equality and anti-discrimination, which further highlights how beneficial these workshops are for the boys." 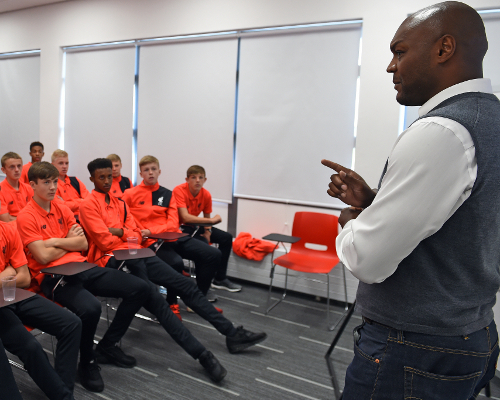 Townsend added: "It is crucial that people are educated on the importance of Kick It Out and why we put on these workshops for clubs throughout the Premier League and Football League.

"Liverpool Football Club are at the forefront of the clubs we work with and are really receptive to welcoming Kick It Out on a regular basis. We have been to visit Liverpool four or five times over the past few years, which highlights what fantastic open access the club provide us with.

"The Academy players were brilliant and understood the importance of our messaging. We want to bring the understanding of diversity, equality and inclusion to people when they are younger in order to prepare them for later life."