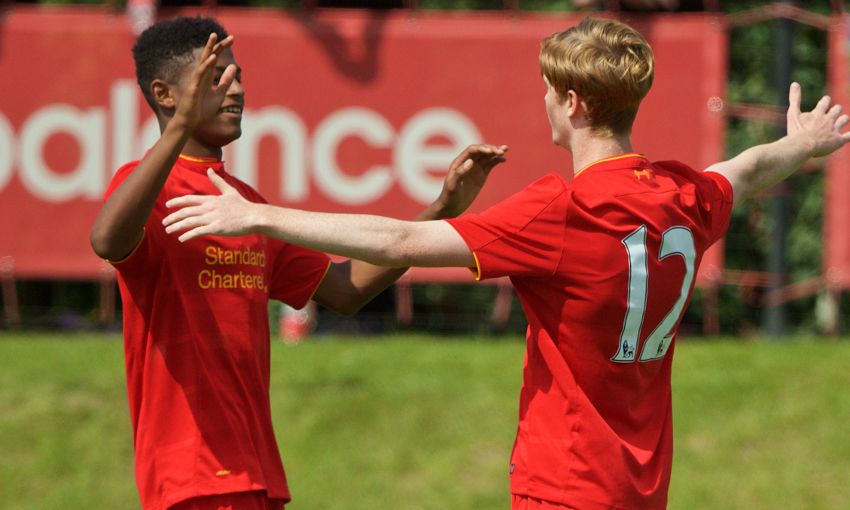 Glen McAuley struck twice as Liverpool U18s recorded a 3-1 victory over Stoke City at the Academy on Saturday morning.

The Dublin-born striker helped himself to a first-half brace in Kirkby, both of which were assisted by full-back Adam Lewis.

The first arrived inside the opening 15 minutes as McAuley finished off a cross to the back post from close range with aplomb.

Liverpool’s second came via the same combination soon after – this time the forward took a touch to control Lewis’ magnificent deep centre before smacking a volley into the back of the net at the near post.

Stoke’s hopes of getting something from the game were further dashed when Scot Wara was sent off before half-time for hauling back Liam Miller on the edge of the area.

Nevertheless, the Potters did get themselves back into the contest with substitute Jordan Greenidge netting with 20 minutes remaining.

But Liverpool made certain of a deserved three points at the death thanks to Rhian Brewster’s stoppage-time strike.