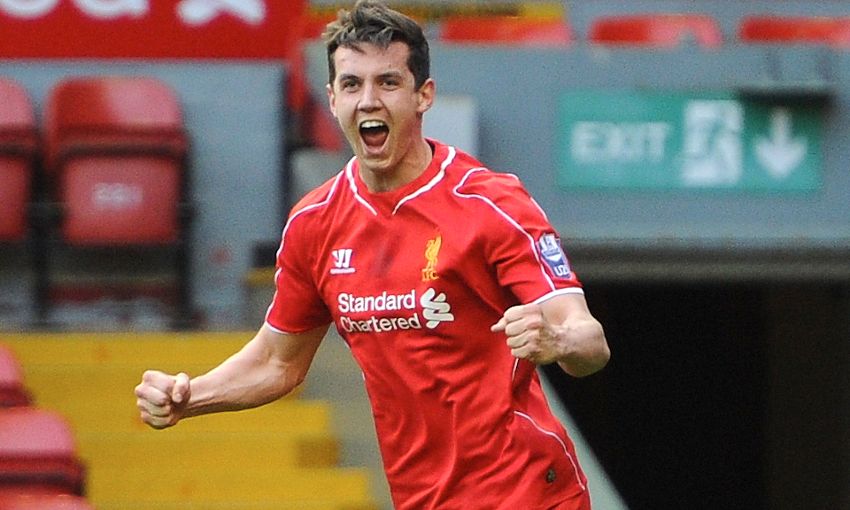 Young Reds edged out by Bayern Munich in thriller

Jordan Williams made a welcome return as Liverpool U23s produced a superb attacking display in their 4-1 win over Welsh Premier League outfit Rhyl on Sunday.

The 20-year-old picked up a cartilage issue while on loan with Swindon Town last season and was forced to undergo surgery before a long recovery phase and this was his first game back after nine months on the sidelines, when he appeared on the hour mark.

Ryan Kent was also in action and was amongst the scorers alongside Harry Wilson, Brooks Lennon and Sam Hart.

Reflecting on the performance, U23s boss Michael Beale told Liverpoolfc.com: “It was a very pleasing performance from the lads and we played some outstanding football, especially in the first half.

“It was great to welcome Jordan back after his injury. He has worked so hard to get back and he will be looking to get as many minutes under his belt now.

“Some of our combination play was absolutely brilliant, especially in attack with Kent, Wilson, Lennon and Jack Dunn who is looking really sharp again after his injury.

“Adam Phillips and Matty Virtue were excellent in midfield and there were a lot of positives for us to take from this game.

“There was a decent crowd and it was great for the young Liverpool supporters to see us put on a great display for them.”

Beale’s charges are back in action on Wednesday evening when they travel to Scotland to face Celtic in a behind closed doors fixture.