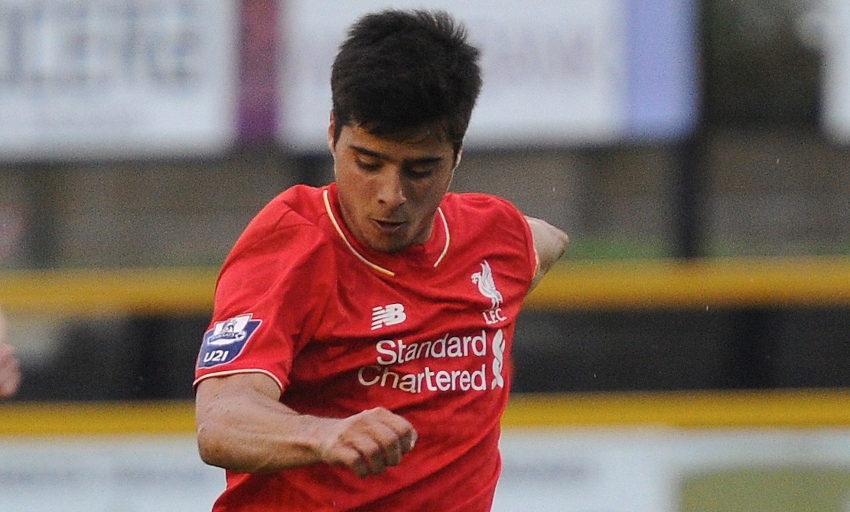 On demand: Loan star Canos stars in the Academy Show

Joao Carlos Teixeira netted a brilliant goal as Liverpool U21s beat Chesterfield 5-0 in a friendly encounter at the Proact Stadium on Tuesday night.

The game was played to raise funds for Chesterfield's academy, and Michael Beale's side put on a fantastic display.

Kane Lewis made his first start at U21 level and played very well at right-back while Matty Virtue was recalled after injury in midfield.

The young Reds were ahead after just 22 seconds when Brooks Lennon netted with a superb finish.

Teixeira fired just wide and Lennon then doubled the advantage to make it 2-0 on the half hour mark after Ryan Kent provided a brilliant assist.

Kent was lively throughout and he got his deserved goal to make it 3-0 on 38 minutes.

Both sides continued to play good football but Teixeira made it 4-0 on 75 minutes with a superb chip over the advancing goalkeeper.

Jerome Sinclair then made it 5-0 when he came off the bench to put the finishing pieces on a great team move.

Reflecting on the performance, Beale told Liverpoolfc.com: "We played really well and it was a great performance.

"Brooks scored inside the opening 22 seconds with an excellent finish and we played some excellent football.

"Joao scored a brilliant goal and was superb alongside Kent who was in fine form. Adam Phillips also came in and did really well and I was delighted with Kane who made his first start.

"It was a really good night and brilliant we could come down here and raise some funds for Chesterfield's academy."