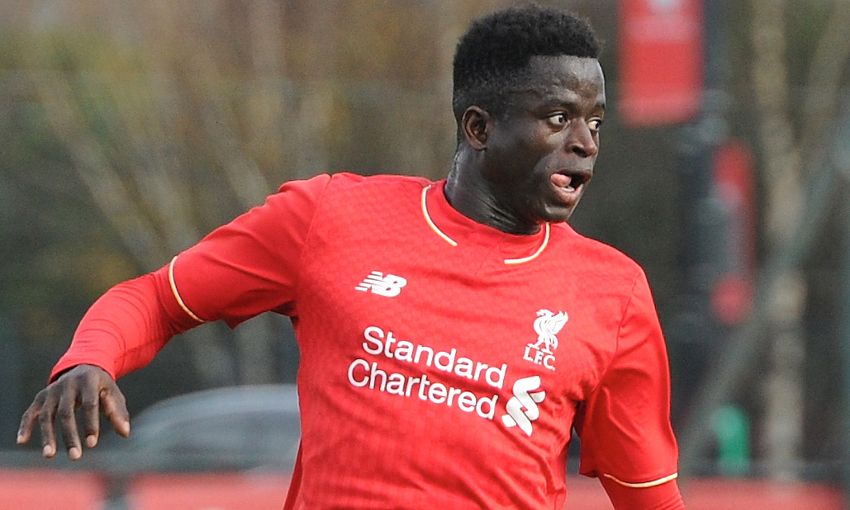 Toni Gomes was in unstoppable mood in front of goal as he blasted a hat-trick for Liverpool U18s in their 5-0 thrashing of Sunderland at the Academy on Tuesday afternoon.

Neil Critchley’s side played some fantastic football at times in a match that also saw Ovie Ejaria and Ben Woodburn find the back of the net.

Trent Alexander-Arnold played for the first time in an experimental role at centre-half and the 17-year-old enjoyed an excellent game alongside Conor Masterson.

Gomes then made it 2-0 after being set up by Herbie Kane, and the striker was soon to add a third.

Woodburn’s header made it 4-0 before the break, and within a minute of the restart Gomes registered his hat-trick from a Paulo Alves assist.

Woodburn and Gomes are now joint top scorers for the U18 team with nine goals apiece.

Critchley’s charges have now completed their first phase of league fixtures, and will end the season with play-off matches as they hope to become overall U18s champions come the end of the season.