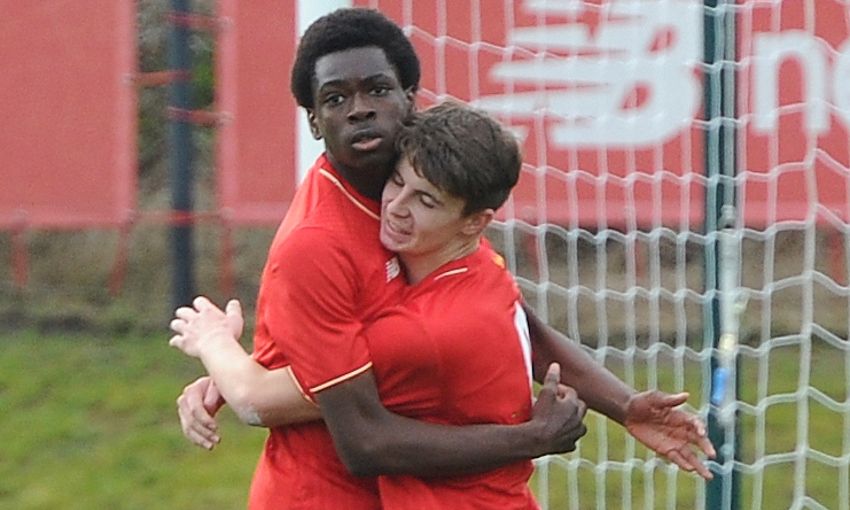 Ovie Ejaria netted a stunning goal as Liverpool U18s extended their unbeaten run to 11 games after a 4-2 win over West Bromwich Albion at the Kirkby Academy on Wednesday.

Strikes from Adam Phillips, Toni Gomes and an own goal completed the scoring.

Going into the game Neil Critchley was without the services of injured duo Bobby Adekanye and Ben Woodburn, but Liam Coyle returned in midfield and Australian youth international Jake Brimmer was also handed a starting berth.

Critchley's young charges are an exciting force but it is their sheer enthusiasm and work ethic that makes them tick.

With the spirit and non-stop running of Trent Alexander-Arnold, the passing of Phillips, Ejaria with the ability to make things happen and the presence of Gomes, it is little surprise why this team has gone 11 games unbeaten.

The opening goal on 28 minutes was a joy to behold. Ejaria picked up the ball and from over 22 yards out he curled it into the top corner of the net.

Three minutes later it was 2-0. A brilliant flowing move involving Gomes and Alexander-Arnold ended with Phillips netting at the far post.

Gomes then fired a shot inches wide after a brilliant solo run and blazed another effort over the bar after a cheeky lob over the defender.

The away side pulled a goal back four minutes before the break when James Smith drilled a superb low drive into the bottom corner of the net.

Critchley's charges kept up their high tempo in the second half. Ejaria was denied by a superb stop from Matthew Hall and Alexander-Arnold fired a low shot inches past the post.

Gomes got his deserved goal to make it 3-1 on 70 minutes. The No.9 set off on a brilliant run, beat the covering defender and finished with a sweet left-footed shot.

With five minutes remaining it was 4-1 when Alexander-Arnold's cross was headed into his own net by Dara O'Shea.

Marcus Forss pulled a late goal back for the Albion but overall it was another pleasing performance from the young Reds.