In this week's Academy column, we speak to U18s performance analyst Scott Mason about his journey to Merseyside and what his role at the club entails.

This is my third season working at the Academy and it is a very rewarding and special place to work. When I first joined the club I was working with Michael Beale and Des Maher with the U16 squad, looking to assist them in any way I could through analysis. I tried building relationships with the players as soon as possible, supporting them, making them feel like they could approach me when needed. Alongside that I built databases for each player; this had both their strengths and development areas in, I would then feed this back to Mick and Des and collectively we would see how certain aspects could be incorporated into training.

I did that for two seasons and when Mick moved up to coach the U21s I worked alongside Pepijn Lijnders when he first came to the club as the U16 coach. It was fantastic to gain some knowledge from Pepijn as he came from a different environment working with the likes of Porto and PSV Eindhoven, and it’s important to get as much experience as you can working with these great people. 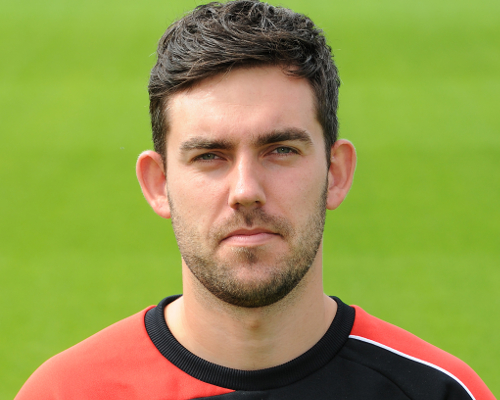 Shortly after that I moved up to work alongside Neil Critchley doing the analysis for the U18s. Neil and Alex Inglethorpe have given me more scope to lead some aspects of the training sessions, which is brilliant for my development. An example of this would be: Neil might take the defenders, Alex will work with the midfielders and I'll take the strikers. The experience I’m gaining from doing this is fantastic, any specific training we do like this first and foremost must always relate back to what the boys need. My role is to make the link between the analysis and the coaching process, and in doing this, we should hopefully see the boys develop.

Before I joined Liverpool I was at West Bromwich Albion for two years. The first year was as an internship before I got a full-time position. I then got the opportunity to come to Liverpool and it’s something you just can’t say no to. I was actually on the books of West Bromwich Albion as a player and played against Liverpool in the FA Youth Cup in the third round, the year they won the tournament. Doing the analysis and coaching is the next best thing to playing and I love the game and I try to pass on some of my experiences as a player to the young boys. This is a great environment to work in, the coaching staff here are some of the best I’ve worked with; for where I am in terms of my development I don’t think I could be in a better place. I see it as a real privilege to be here. 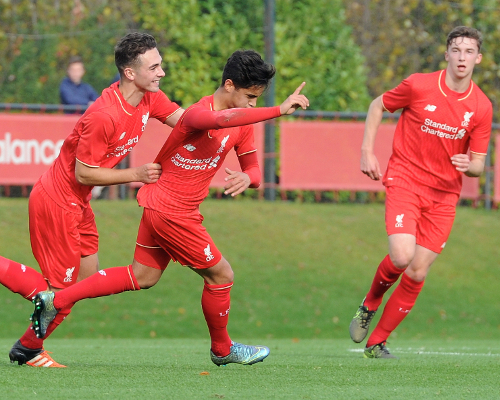 In terms of our U18s squad, we returned to action on Saturday when we played Manchester City and we have another game on Tuesday against Wolves in front of the live LFCTV cameras. We have a very young team this season and it was fantastic to see a lot of the boys getting opportunities at U21 level recently and they will take great benefit from that. We certainly feel as though they are more than capable of playing at that level and they have shown that. We have also been without Trent Alexander-Arnold, Herbie Kane and Jake Brimmer, who have had the unbelievable opportunity to play for their countries in the U17 World Cup in Chile, so in their absence it has given some of the players from the U16 squad a chance to train and play with us.

It was a proud moment for everybody at the Academy when we saw Connor Randall, Cameron Brannagan and Joao Carlos Teixeira play for the first team against AFC Bournemouth last week. It’s great inspiration for all of the young players when they see a fellow Academy player getting the opportunity. You can’t put into words just what it means and it should give all of the young players that drive to think that they are not a million miles off from getting an opportunity themselves. If the players show the right attitude and work hard every day in training then you never know. 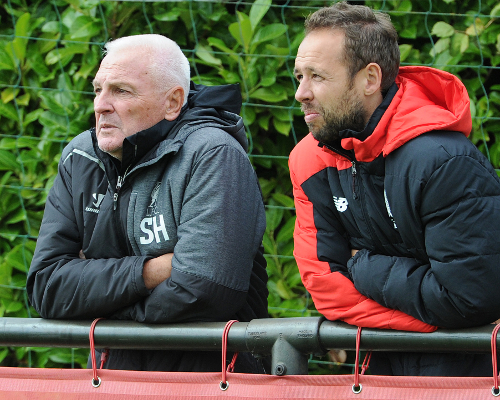 As a young coach I must say what an honour it is to have Steve Heighway back at the Academy in a full-time capacity. Steve brings in an unbelievable amount of experience and bringing through the likes of Steven Gerrard, Michael Owen, Jamie Carragher and Robbie Fowler says everything. Just being around him is very humbling and he inspires everybody. His presence gives another dynamic to the coaching and the level of detail he goes into is priceless for the boys.