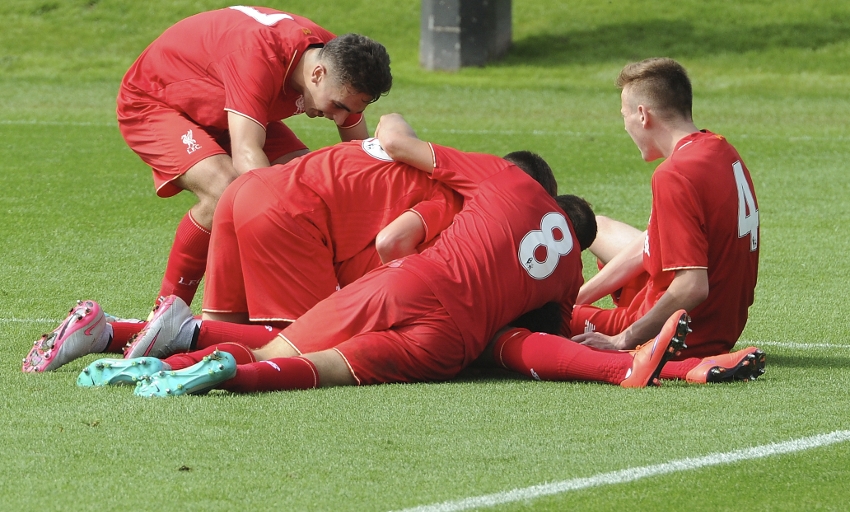 Academy column: A trip to Singapore

Toni Gomes scored a second-half hat-trick as Liverpool U18s battled from three goals down to claim a 4-3 victory against Middlesbrough on Saturday morning.

Despite a fairly even opening 45 minutes at the Kirkby Academy, Neil Critchley’s side found themselves with plenty of work to do by half-time.

Lee Hetherington put the visitors in front with a close-range finish midway through the period and the lead was doubled by Alex Pattison from a similar angle just before the break.

Boro struck a further blow early in the second half when Patrick Reading snuck in behind the backline and hooked a shot underneath the goalkeeper.

All seemed lost with the score 3-0 and when Gomes grabbed the first of what would become a personal treble on 66 minutes, it seemed likely to be mere consolation.

But the striker reduced the deficit again with a quarter of an hour remaining, heading superbly into the top corner from a Yan Dhanda delivery.

Gomes showed his proficiency in the air to then level the contest. He dominated the scene when Adam Phillips whipped into the area and found the net for his hat-trick.

But the young Reds weren’t satisfied and Phillips was the provider of a dramatic winner, Dhanda creeping into freedom and clipping over the ‘keeper to secure an unexpected triumph.