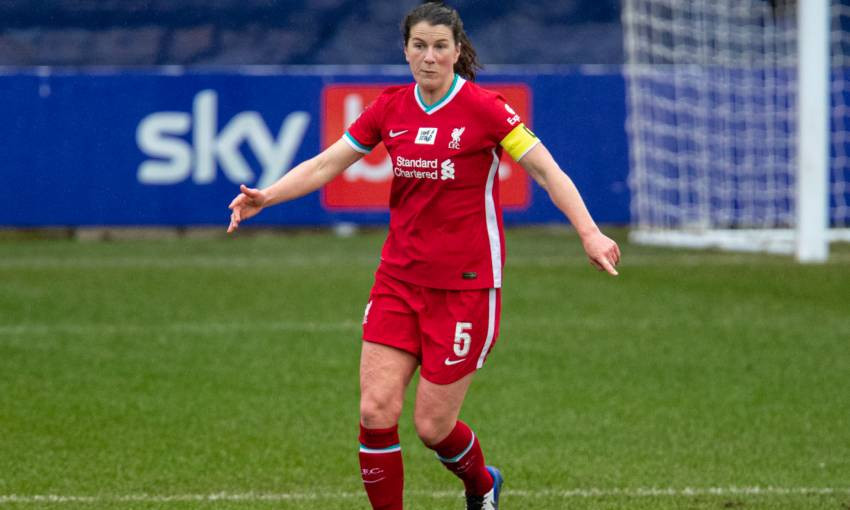 Liverpool FC Women captain Niamh Fahey has been nominated for the FA Women’s Championship Player of the Month award for March.

The shortlisting is recognition of a fine month for the skipper at both ends of the pitch, with the team securing two wins and a draw in their three matches.

Have your say in choosing the winner! 👇

Centre-back Fahey’s March started with a clean sheet and a winning goal in the 1-0 victory away at Crystal Palace.

She went one better against Coventry United, scoring twice and recording another shutout in the 5-0 win at Prenton Park.

The month ended with a draw against Blackburn Rovers, which extended the Reds’ unbeaten run to six games.

A combination of expert panel and fan votes will decide the winner, with supporters able to back Fahey for the next 24 hours here.

The Reds are hoping to make it a double after midfielder Ceri Holland scooped the award in February.