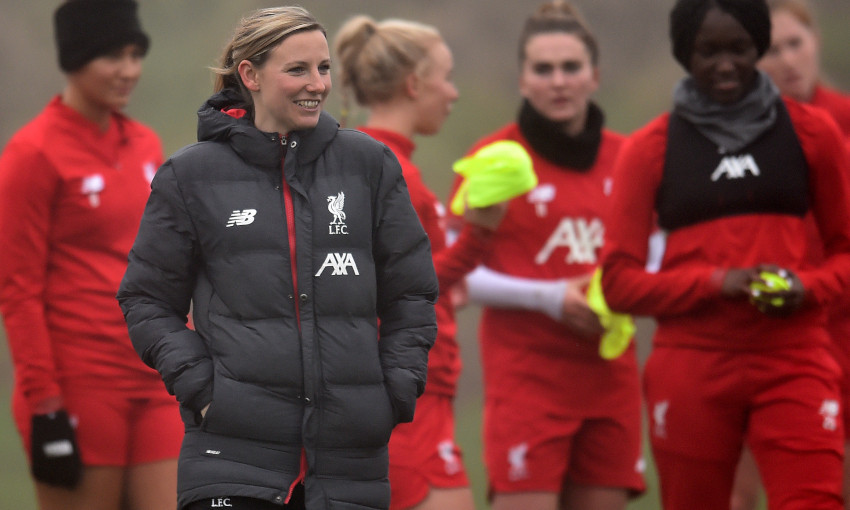 Reds to meet Chelsea in Women's FA Cup fifth round

It goes without saying it was very frustrating to see another game postponed last weekend. We had enjoyed a brilliant win away at Bristol City and we were looking forward to another big game against Birmingham City. Unfortunately, the playing surface at Prenton Park has been an issue and there is nothing we can do about that.

The frustration comes from the tireless hard work you put in all week to prepare for these games and then you turn up and find the pitch not playable. The girls were disappointed, but they soon got their spirits up and we had a great training session at the Solar Campus, and our attention quickly turned to Sunday's Merseyside derby with Everton.

We can't wait for Sunday and the opportunity to play at Goodison Park in a Merseyside derby. It's incredible and another opportunity for our girls to play at a Premier League stadium. I'm sure there will be lots of fans there, which will be another great experience because I do believe female footballers should be playing in front of big crowds. We have already done that this season at our home, Anfield, and to get 23,000 was absolutely fantastic. I just hope the Reds fans can get themselves down to Goodison Park on Sunday and get behind us in the derby.

When we lost 1-0 at Anfield back in November that really hurt because we didn't deserve to lose that game. We played some fantastic football and had some great chances. I still can't believe even now none of them went in but that's football sometimes. It was a bad moment for our goalkeeper Anke Preuss with the goal Everton scored but, to be fair to her, she has bounced back really well and made a brilliant penalty save at Bristol City to win us the game. As a group it was a tough pill to swallow because of how well we actually played.

We know what we need to do on Sunday, everyone has had a taste of the big stage before and we are really looking forward to the game. We know the qualities Everton have and it will be a brilliant occasion, so hopefully we can make our own luck this time around. 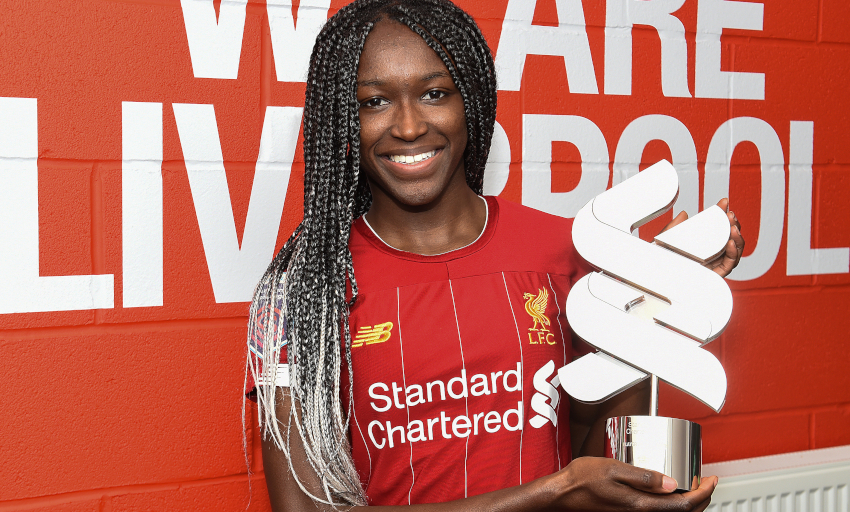 Rinsola Babajide has been in great form for us and she caused Everton a lot of problems when she came off the bench at Anfield. Rins has been working hard on and off the pitch and she is getting the rewards now with her consistent performances for us. She has been incredible to work with and with her work ethic out of possession and the qualities she brings, it was great to see her get the hat-trick against Blackburn Rovers in the FA Cup. The challenge for her now is to bring that into the Women's Super League and meet the expectations that are required.

Recently we brought in a couple of new faces to the team in midfielder Rachel Furness and goalkeeper Rylee Foster. The way Rachel has settled in you would think she has been here for years. She is an integral part of the team and she has also become a leader in the team on and off the pitch. She always has a positive voice and this week she organised a team bonding event and all of the girls went bowling together. Rachel brings us a lot of experience on the pitch as she has played for a number of years in the top flight of the women's league. Rachel has been an incredible signing for us and she fits what this club is all about in terms of having strong leaders there for everybody. 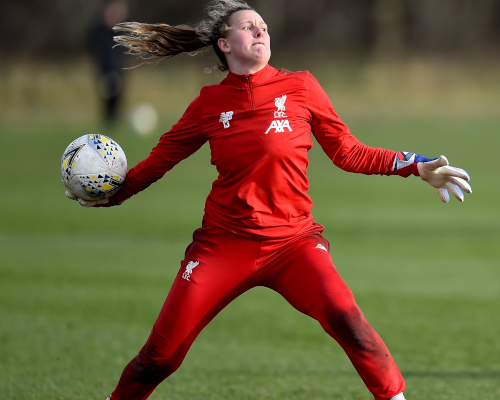 Rylee has started to hit a new level now in training and we see her growing every week and showing her true qualities. When she first came over from Canada she had to settle in to a new country and a new environment, and she was also finishing exams from her scholarship. Rylee is really looking sharp, her distribution is looking good, and our goalkeeper coach Jen Herst has been singing her praises. It's also been great to see Frances Kitching back in training and with Anke we have some fantastic goalkeepers. They have enjoyed some great sessions and it's a real strong goalkeepers' union we have at Liverpool FC Women.

Kick-off at Goodison Park on Sunday is 2pm GMT.