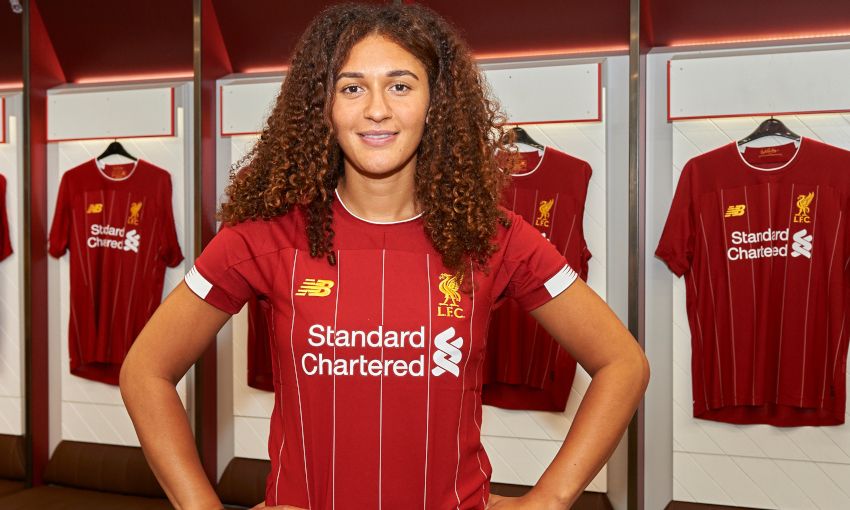 Liverpool FC Women have completed the signing of midfielder Jade Bailey from Chelsea.

Bailey, 23, joins the Reds after three years in the capital, the last few months of which were spent on loan at Reading FC Women.

Her footballing journey began at the Arsenal centre of excellence where she broke into the first team in 2013, going on to win two FA Cups and two Continental Cups.

The 2016 switch to Chelsea Women saw her make 16 appearances in her debut season before serious injury intervened.

She returned last season before joining Reading on loan in January.

Bailey will wear the No.8 shirt for LFC Women.

Reds’ manager Vicky Jepson said: "We wanted a young, talented individual to add quality and depth to our midfield.

"She's got a great background coming through at Arsenal and going to Chelsea. She’s had a good education and now she needs to showcase to the Women’s Super League what she’s about.

"As a club we’re very much looking forward to supporting her on that journey. She’s young but also has quite a lot of experience playing under great managers and with great players, so she’ll bring that to our squad having been around winning teams and winning environments."

Internationally Bailey was part of the England youth set-up including playing at an U20s World Cup before being selected for the ‘Next Gen’ squad.

Bailey said: "It's such a great club and to be a part of that is just amazing. I want to be the best and I know there's still loads more to come.

"I have a belief in myself and know where I want to get to.

"There's a lot more to come from this team and it's nice to be a part of that and hopefully contribute to the success of the club."