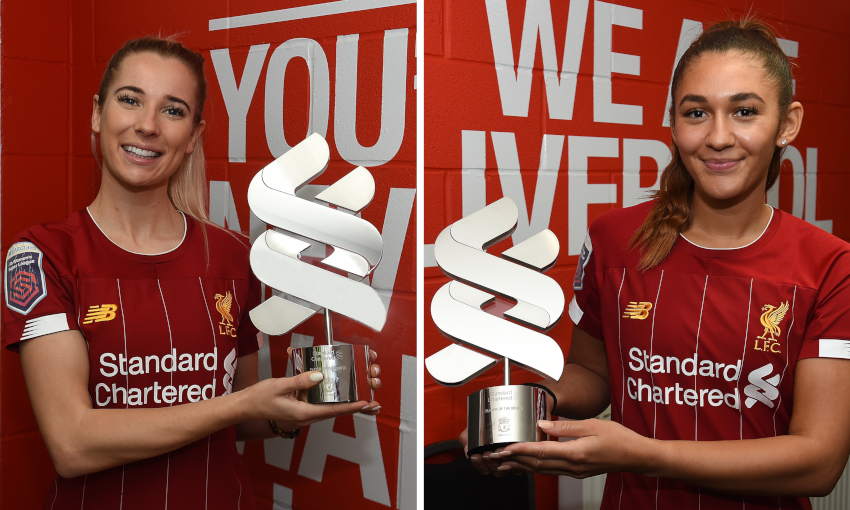 Vote now: Who was LFC Women's Player of the Month in December?

Kirsty Linnett and Jade Bailey have collected their Standard Chartered Player of the Month awards ahead of Liverpool FC Women's return to action with a trip to Brighton and Hove Albion on Sunday.

Vicky Jepson’s side resume their campaign this weekend looking to cement recent strong performances by picking up three points on the south coast and beginning a move up the Women’s Super League table.

And the return to training after the Christmas break brought a boost for two players in particular as they received their Player of the Month awards for October and November respectively.

Picking up the October prize was Linnett, who fired in her first hat-trick for the club during that month and established herself in a new No.10 position in the team which she has held on to ever since.

“I’ve loved every minute of playing in the new position,” said the 26-year-old. “It’s all about getting the collective performances now, individually it doesn’t really matter.

“Our performances were there and now it’s about adding the points – and we got a big one against Chelsea before the break. We’ve got a good team but the points we’ve got in the table don’t reflect how we’ve been playing.

“January will be massive as we’ve got a couple of six-pointers in there. We know what we need to do and now it’s about doing our talking on the pitch and putting on performances out there.”

Bailey scooped the November award courtesy of some industrious performances at the heart of midfield after her summer switch from Chelsea.

“It took me a couple of games to get used to the tempo of the league again but I think I managed to push on and progress, and I think that showed in some of my performances,” she said.

“I feel fitter and stronger playing week after week. Playing alongside Razza [Rhiannon Roberts], we’ve got a good balance and we now know what works well for each other. Now we’ve built a good foundation to push forward.

“Now it’s about getting points on the board and it’s a really big month for us.”

LFC Women manager Jepson was delighted with the contributions of both players. 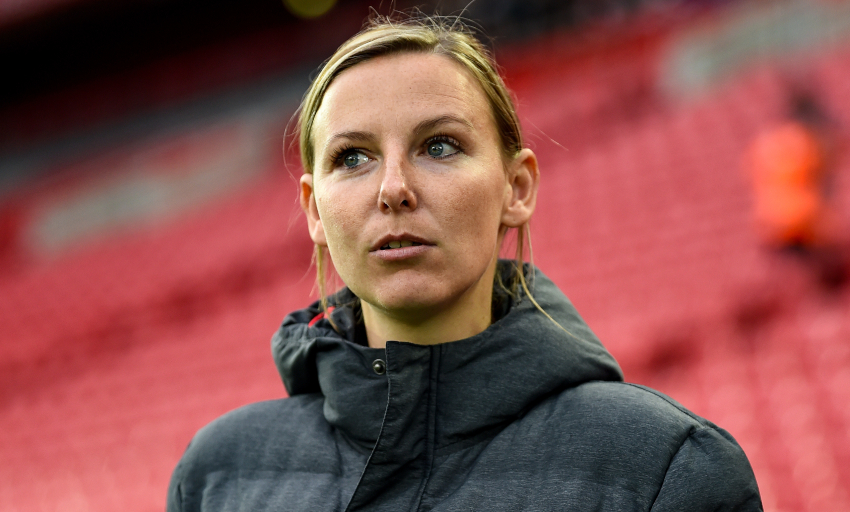 The boss said: “We played a training game against the England U23s and we tried Kirsty out as a ‘10’ and she did the role very well.

“She’s worked hard in nailing that position down and learning it at this level. She’s certainly not been given the shirt, she worked tirelessly hard to get it and she’s performed well in games, with her hat-trick the obvious highlight.

“Jade is a young midfielder who has a really big role within our club. She’s lived up to all our expectations and I think there’s even more to come.

“Her out-of-possession qualities have certainly improved in this squad and that was shown in the games throughout November. So massive credit to Jade and I look forward to what we’ll see from her in the months to come.”

Visit Liverpoolfc.com on Saturday to have your say on LFC Women’s Standard Chartered Player of the Month for December.