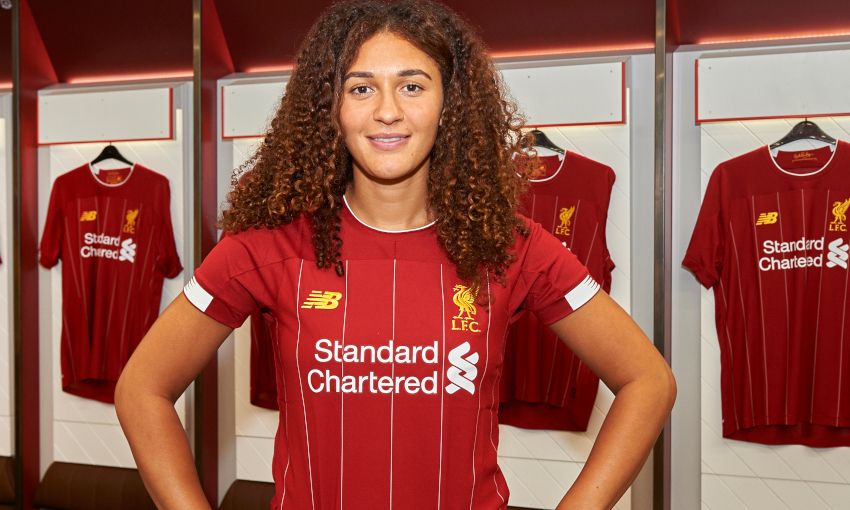 Vicky Jepson on 2-2 draw, exciting Lawley debut and US tour

Jade Bailey admitted it was a proud moment for her to wear the red shirt for the first time as Liverpool FC Women got their USA tour up and running with a 2-2 draw against Cleveland Ambassadors on Thursday.

The new recruit from Chelsea Women was a key performer for Vicky Jepson’s side in the middle of the park.

Alongside fellow debutants Melissa Lawley and Becky Jane, the trio all featured as the Reds twice came back from a goal down to force a deserved draw.

Reflecting on her maiden 90 minutes for the club, Bailey told Liverpoolfc.com: “It was really good to get my first 90 minutes, it was a tough game but it was brilliant to put on the red shirt for the first time.

“We worked so hard to get the equaliser so it was nice to get it in the end. It was tough out there but we put in a good shift.

“It’s just about getting minutes in at the moment, it’s only our second week of pre-season but it was massive for me to get my first 90 minutes and hopefully we can all build on that.” 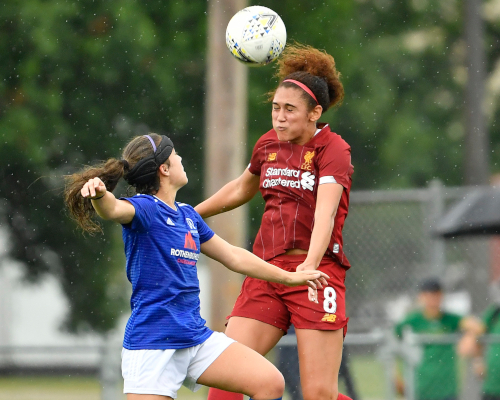 Bailey completed her move to Merseyside on July 9, and the new No.8 is proud to be part of the club on their pre-season tour of the USA.

“It’s amazing to be part of this tour and travel with the men’s team and it shows that we are together as a club,” she said.

Free video: All the goals from the 2-2 draw

Another player to catch the eye was former Manchester City winger Lawley, who capped an impressive outing with a superb run and cross that saw Courtney Sweetman-Kirk pounce for the equaliser.

The No.11 admitted it was important for the players to get the first pre-season outing under their belts.

“It was a great team performance and it was nice to get an assist which got us the draw,” she told Liverpoolfc.com.

“It was the first 90 minutes under my belt and I’m excited to see what the future holds.

“We know we have still got a lot of hard work to do but we are looking forward to it.”

The game at Notre Dame University Stadium was witnessed by a large group of young supporters, with the sport on a real high in this part of the world following the USA’s triumphant World Cup campaign.

Lawley added: “It was great to see a good crowd and it edges you on to do better and it was lovely to see how many youngsters came out to watch us play.”