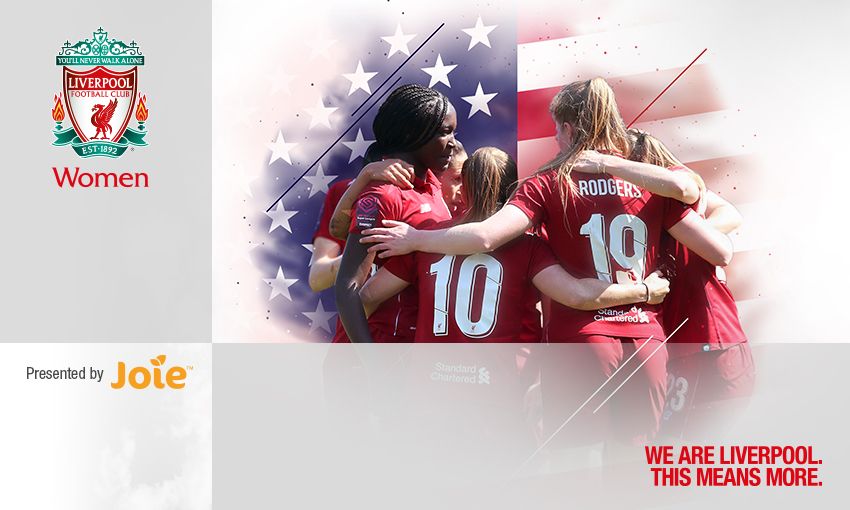 Liverpool FC Women will embark on their first ever pre-season tour of the United States later this month.

Vicky Jepson’s squad will cross the Atlantic on July 16 alongside Jürgen Klopp’s men’s team as they build up their preparations for the new Women’s Super League (WSL) season.

The club’s official family partner, Joie Baby, will host the Reds Stateside, where the squad will undertake a pre-season training camp, including playing two games for specially-invited guests.

The tour will include stops in the same three destinations as the men, namely Notre Dame in Indiana, Boston, and New York.

In New York, the women’s squad will continue community activities before travelling to Yankee Stadium to watch Liverpool take on Sporting CP on Wednesday July 24.

Peter Moore, LFC chief executive officer and chairman of Liverpool FC Women, said: “I’m absolutely delighted we are returning to the USA this summer with not one but two LFC teams.

“Ensuring LFC Women could embark on their first ever tour of America is another sign of our commitment to the ‘two teams but one club’ ethos.”

During the tour, there will also be an opportunity for US supporters to engage with the club at fan and community events hosted by the Liverpool FC Foundation and Red Neighbours programme, which will be announced in the coming weeks.

“LFC’s heritage of family traditions is a perfect fit for Joie as we are dedicated to helping parents navigate family life with worry-free baby gear.

"We are pleased to support Liverpool FC Women and partner with LFC to celebrate the powerful women of today and inspire the next generation of fans and players."

It is hoped the tour will continue to raise the profile of the women’s game following on from the huge interest in the FIFA Women’s World Cup in France.

LFC Women manager Jepson said: “This is my fourth year attending the LFC pre-season tour with the men’s team. However, this year is extra special with it being the first time the women’s team has been included and we are now travelling as one big football family.”