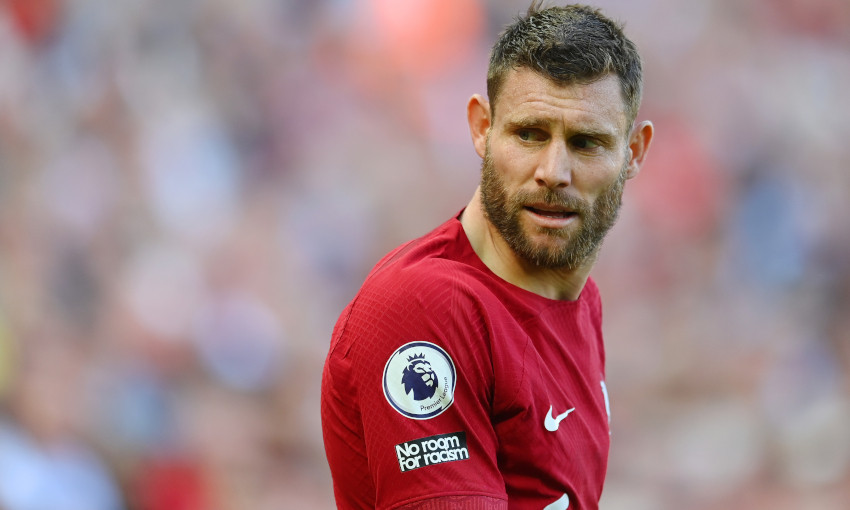 Take a deeper look at James Milner's achievement of 600 Premier League appearances with our statistical review of his remarkable total.

The Liverpool vice-captain reached the tally as a substitute in Saturday’s victory over Southampton, becoming just the fourth player to do so.

Here, we dive into some of the eye-catching numbers behind Milner’s marathon effort…

He was 16 years and 310 days old on the day he made his bow in the top flight and a little over two decades on continues to be a crucial figure for Jürgen Klopp, who offered his own tribute.

“I am really proud to be around when he reached that milestone,” said the Reds boss. “He is an exceptional player and an exceptional person. He is essential for everything we reached in the last few years.”

Clubs the Englishman has represented across his time in the Premier League.

Having started out at boyhood team Leeds, he went on to play for Newcastle United, Aston Villa and Manchester City before joining the Reds on a free transfer in the summer of 2015.

Of the 600 games have come during the midfielder’s spell at Anfield, the most of any of the teams he has played for in the top flight.

That figure forms the largest part of Milner’s total for Liverpool in all competitions, which stands at 308 to date.

Premier League fixtures Milner has scored in, and he has not ended on the losing side in any of them. That’s a record in the division.

Nineteen of his 55 top-flight goals have been scored for the Reds, with the most recent a penalty kick in the 4-0 victory at Leicester City in December 2019.

Times he has lifted the Premier League title, with two successes at former club City followed by his role in Klopp’s Liverpool ending the club’s 30-year wait to win the championship again in 2019-20.

Is the minimum number of appearances Milner has made in every Premier League season since 2003-04, reflecting his consistency and longevity.

It’s a record the Liverpool No.7 is on course to extend for another campaign in 2022-23, having already featured in 12 of his side’s 14 contests so far this season.

Assists he has provided during his Premier League career to date, a total that sits him ninth in the division’s all-time ranking.

Next in his sights on that particular list are Reds legend Steven Gerrard (92), David Silva (93) and Dennis Bergkamp (94).

Is the current record for most Premier League appearances, held by Gareth Barry. Ryan Giggs (632) and Frank Lampard (609) are the other two players above Milner in the list.

“[Barry’s total] is a long way off,” he said. “You know me, game by game and I just want to keep working and contributing as much as I can to this football club.”