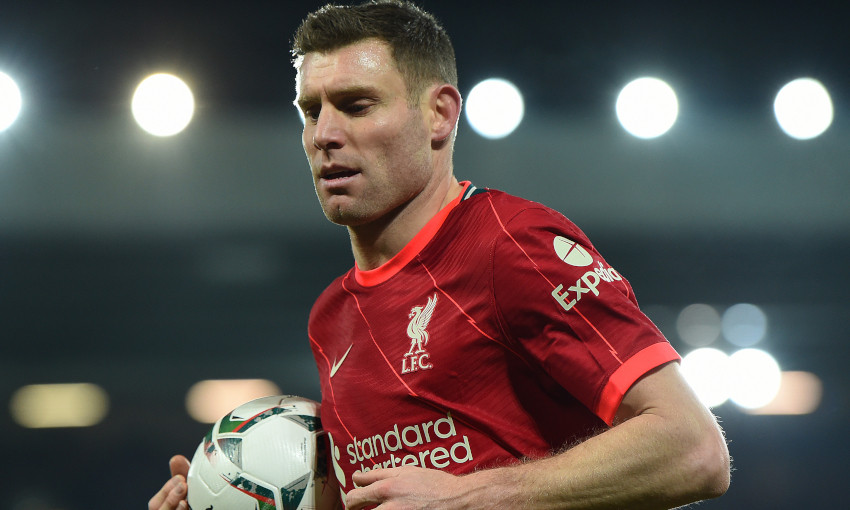 The vice-captain, who joined the club in 2015, is set to remain with the Reds for a further season having agreed fresh terms beyond the expiry of his previous deal this summer.

Milner has played 289 games, the most of any side he has represented in his career, and scored 26 goals during his time at Anfield so far.

Thirty-nine of those appearances came in 2021-22 as Liverpool contested every possible fixture, and the midfielder’s decision to prolong his stay was influenced by his faith in the Reds’ potential to compete for major honours again next term.

“I’m very pleased to be staying for another season,” Milner told Liverpoolfc.com. “I have never taken playing for this club for granted and I never will.

“An overriding feeling for me – and a vitally important one in the process – was the belief I can still contribute to the team. The gaffer was clear what he thought and that was a big factor in me extending my contract.

“Ultimately it was a decision I made, with the support of my family, on the basis of the quality of people at the club; teammates first and foremost, along with the manager and coaches. Plus the brilliant training ground staff, who are the heartbeat of AXA. From the medical room, sports science, the kit department, nutrition, the canteen and office staff. All people who make the team what it is.

“As long as I can still play my part, that’s not something easy to walk away from.

“Last season was extraordinary, even though it didn’t have the ending we hoped it would. But I think that will only make us all even hungrier for more success, to be honest. I felt that after the parade and that played a part in my decision-making also. It’s a unique club.

“Now this is signed, I’m already looking forward to getting back with everyone, refocusing and going again. It’s a brilliant dressing room to be part of.”