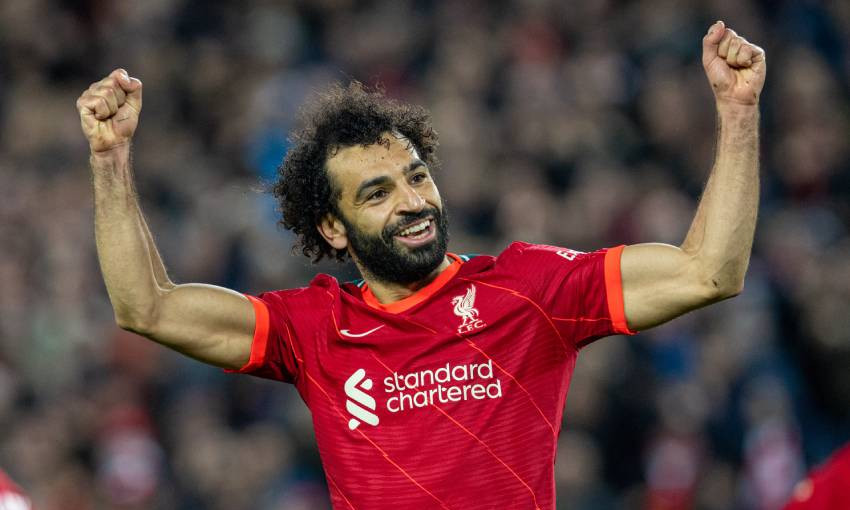 The Egyptian has produced numerous pieces of magic so far this season as part of his incredible 23-goal haul, prior to departing for the Africa Cup of Nations at the start of last month.

And Milner considers himself fortunate to call the free-scoring No.11 a teammate of his.

Asked by Premier League Productions if he believes Salah is the best player in the world, Milner replied: "​​For me, the last few months, if he's not, there is someone playing very, very well in front of him.

"For me, he is right up there – the goals he's scoring, the numbers he's putting up consistently, goals and assists.

"Obviously I might be slightly biased – and I'm blessed as well because I get to train with him every day and see how good he is in training as well – but I think he has to be the best over the recent months and hopefully long may it continue.

"He's special. Some of the goals he's scoring at times, you just have to stop and applaud them really."

Seven of Salah's goals this term have come in Europe, which helped him overtake Steven Gerrard to become the club's all-time top goalscorer in the Champions League.

The forward will have the chance to extend his lead when the Reds' last-16 tie with Internazionale begins in a fortnight.

Looking ahead to the two meetings with the Serie A champions, Milner said: "It's a big tie.

"We have the draw and things like that, but once you get through the group stage, you sort of have to put it to the back of your mind, move it out the way and concentrate on all the games we have. It is always a tricky one.

"You can reflect on the draw and obviously we know how tough of a draw it is.

"They're a very good team, I think they're top of the league at the moment, they've got some good players and a couple of guys I used to play with as well. Edin [Dzeko] is still banging them up top as well – he's a goal machine and he will score goals wherever he plays.

"It's a tough draw – we know that. But we have to concentrate on the games before that, and hopefully we can take some good form by putting in some good results and performances in these upcoming games and take a bit of momentum into that Champions League tie."