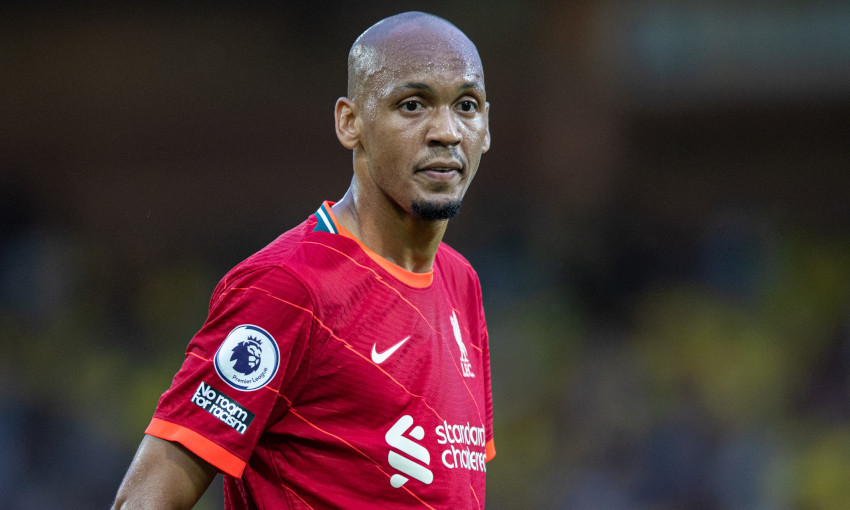 Liverpool are ready to right the wrongs of their previous meeting with Brentford as they target three points against the Bees this weekend, explained Fabinho.

Having recovered from a deficit when the sides met in September, the Reds went on to lead 2-1 and 3-2 but were pegged back and had to settle for a 3-3 draw in the Premier League.

As they clash again at Anfield on Sunday afternoon, Fabinho and co are determined to use the lessons they learned at Brentford Community Stadium and record a first league win since December 16.

“If I remember this game, the team played good, we scored three goals and usually when we score three goals that means we win the game because defensively we are good,” the midfielder told Liverpoolfc.com of that previous contest.

“But this day they created good chances. I remember we struggled a little bit with the long balls, our aerial balls as well. But we created a lot, so we had the opportunity to win this game but unfortunately we didn’t.

“But we have to learn from our mistakes and keep going. Brentford are a good team, a dangerous team. We just have to be focused and concentrate to win the game.”

He added: “I’m sure this is going to be a hard game but we will play at home, so we have to play our best football and to do everything to win.

“Right now in the league, the three points mean a lot for us. So it doesn’t matter the team we play, we just have to focus on our game and try to win.”

Brentford’s visit comes after back-to-back home cup ties for Liverpool, with a 4-1 Emirates FA Cup defeat of Shrewsbury Town followed by a goalless stalemate with Arsenal in the Carabao Cup semi-final first leg.

Fabinho scored twice versus Shrewsbury – a third of his overall tally since joining the club in 2018 – courtesy of a clinical penalty and a late blast to seal the result.

The Brazil international acknowledged goals are not at the top of his priority list given his own individual tasks in the team, but he would nevertheless like to contribute more if chances arise.

“Yes! For a No.6, of course the priority is first [to] defend and work on the construction of the game. But if I can be more decisive in the other part of the pitch as well, scoring or giving assists, of course I would be more than happy,” he said.

“It was good for me [to score] the two goals. It was two goals from set-pieces but yes, for my confidence and for the future it was really good for me.” 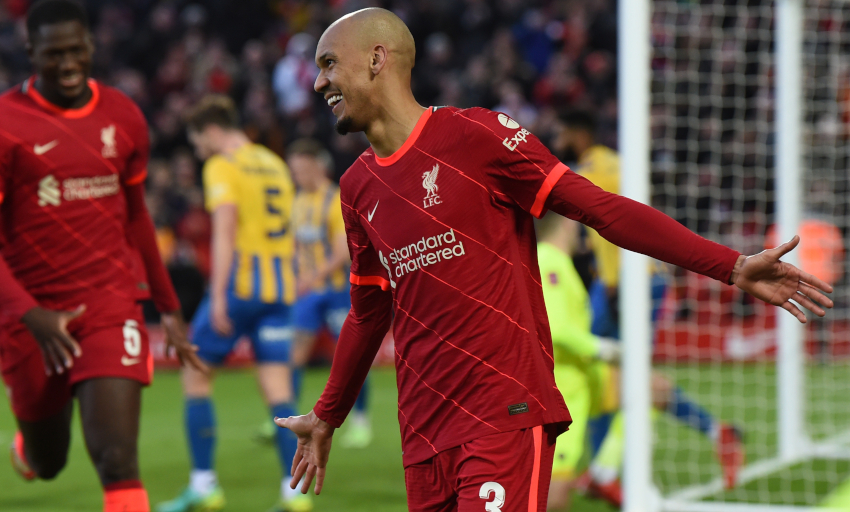 Joining Fabinho on the scoresheet last Sunday was compatriot Roberto Firmino, who was involved in both cup ties as he returned after a suspected positive COVID-19 test result.

The No.9 produced a typically impudent backheel finish past the League One outfit, and Fabinho expects his teammate to benefit from a run of appearances in the weeks ahead.

“Yeah, it was good to see Bobby playing again, scoring again, a really nice goal, a really Bobby goal with the backheel,” he said.

“So it is important for him after some injuries, after he got COVID as well, so it is good for him to get some minutes in the bag, to play again.

“Now he will have the opportunity to play two or three games in a row, which is really good for him, and we know he is a really important player for us.

“He is a really good player with a lot of quality and now I think with more games he will show he’s still the same Bobby. I’m sure he will score and be important for us. It’s really good that he’s back and in good shape.”

Elsewhere, Klopp revealed earlier this week Harvey Elliott is nearing a return to team training as he concludes his rehabilitation from the ankle ligament injury he suffered at Leeds United last September.

Fabinho and Elliott had started together in the Reds’ midfield for two of the season’s opening four matches and the former is delighted by the prospect of the latter being available again soon.

“We are really happy for him because we always see him in the training ground and in the dressing room, and he always has a smile on his face,” said Fabinho.

“So it is not an easy moment for him after his injury but he is always working hard and doing everything to be back in the best shape possible. So it will be really good to have him back. He is someone who can do good things for the team as well.

“Hopefully he will be back soon and helping us.”