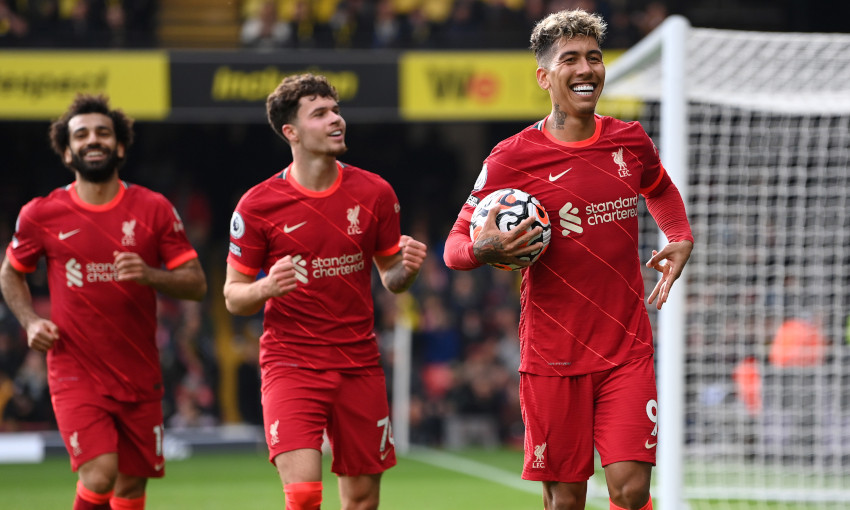 There were milestones, magic and plenty more to enjoy as Liverpool cruised to a 5-0 victory over Watford on Saturday.

Jürgen Klopp’s side extended their unbeaten start to the season in impressive fashion as Sadio Mane, Roberto Firmino (three) and Mohamed Salah each found the net in the Premier League clash at Vicarage Road.

Salah stuns us all again

It’s becoming ever more difficult to adequately describe the magical ability shown by Salah in words.

Just 13 days after he weaved through the Manchester City defence and thrashed in a finish on the angle, the Egyptian at the very least matched – and many say bettered – that effort with another display of bewildering dribbling and unerring shooting.

Heavily marked by three Watford players as he took the ball just inside the box, Salah shifted it and his body around each of them in turn, twisted back from the byline and dispatched a curler into the opposite side of the net.

Perhaps the most telling summary of the strike came in the reaction of Trent Alexander-Arnold.

The nearby full-back was shouting for a pass as Salah embarked on his dribble, had to put his hands over his face in disbelief when the ball instead hit the far corner and then laughed in amazement as his teammate took in the adulation of the away end.

The Reds No.11 has now scored 10 goals in as many appearances this season and is on a record personal streak of netting in six successive league games and eight consecutive matches in all competitions.

“He is, for sure, one of the best in the world now,” said Klopp. “It’s obviously not for me or whatever to say who is the best. For me, he’s the best.”

8 – Mohamed Salah has now scored in each of his last eight games for Liverpool; the longest run of scoring in conse… https://t.co/N9TAHR8p4t

What’s the best way to mark your first start in seven weeks?

A hat-trick certainly ticked the box for Firmino, who was back in Klopp’s starting XI and helped himself to a trio of poacher’s finishes against Watford.

Tap-ins from crosses by James Milner and Neco Williams sandwiched a rebound from a Ben Foster save as the No.9 added the match ball to his luggage for the journey home.

Firmino’s second hat-trick for the club – after one versus Arsenal in December 2018 – made him the first Brazilian to bag two trebles in the Premier League.

Mane had set the scoring in motion with just eight minutes on the clock, bringing up a special landmark in the top flight for the Senegalese.

His first-time finish into the bottom left corner from Salah’s inventive, outside-of-the-boot pass in behind was the forward’s 100th Premier League goal. 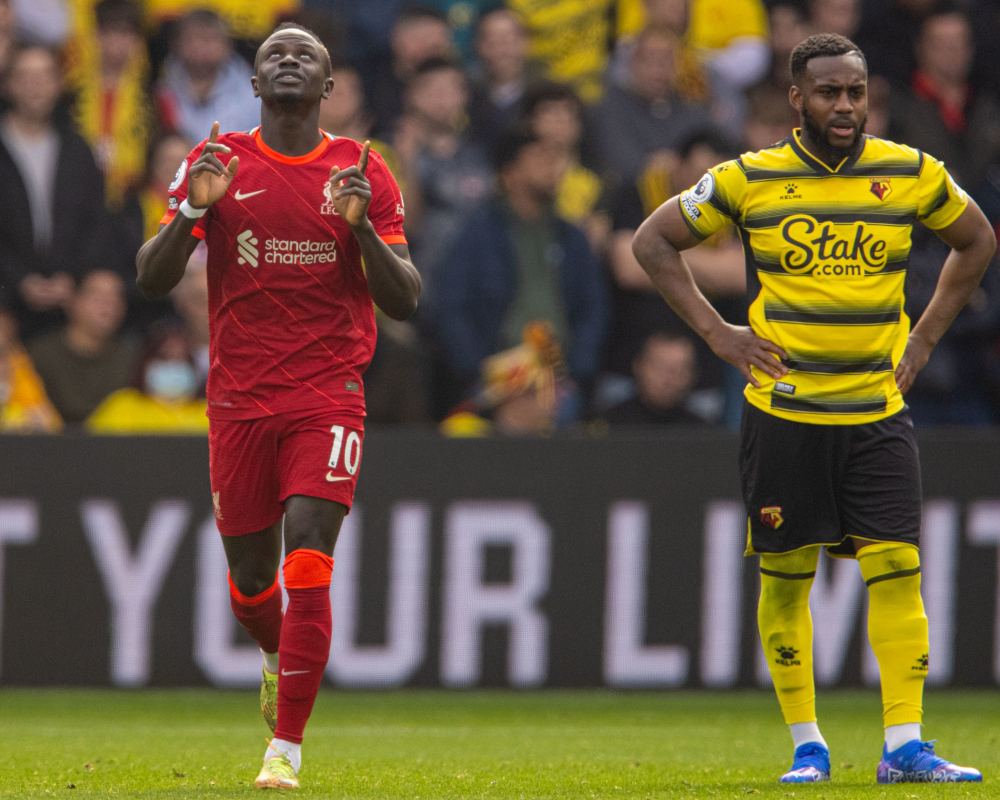 The Liverpool No.10 is the third African player to reach that milestone – after Didier Drogba and Salah – having hit 21 for Southampton and 79 so far for the Reds.

Even more impressively, Mane’s haul has been racked up without any goals from the penalty spot, emulating Les Ferdinand and Emile Heskey in that particular achievement.

Saturday’s rout was Liverpool’s fifth win in six away fixtures in all competitions this season.

Klopp’s men have netted at least three goals in each of those games, including five apiece in the past two as the 5-0 victory over Watford followed the 5-1 Champions League success at FC Porto.

That prolific form on the road, stretching back to the end of the last campaign, means the Reds have created a fresh piece of history.

They are the first English top-flight team to score three or more times in seven consecutive away matches in all competitions.

Including the 2020-21 run-in, Liverpool are now unbeaten in their last 20 matches in all competitions.

That is the longest such run of Klopp’s tenure at Anfield and the best at the club since the Roy Evans era.