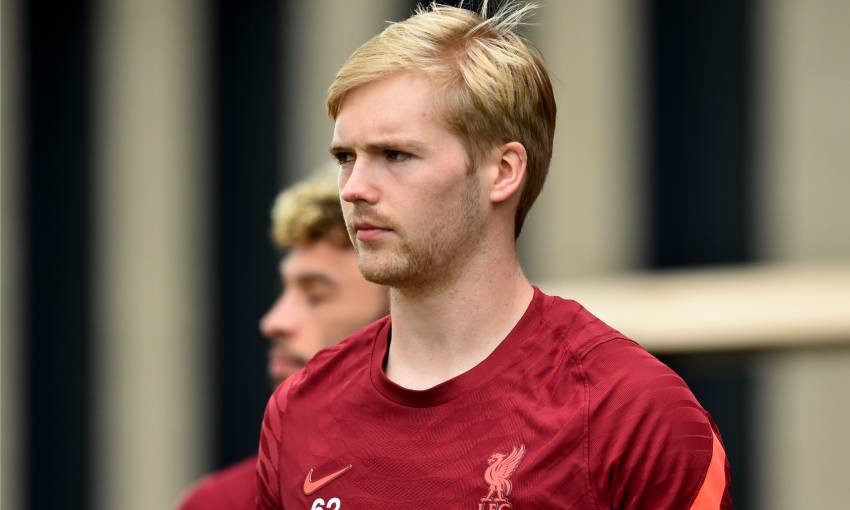 Caoimhin Kelleher holds fond personal memories of the Carabao Cup and is out for more this season.

In 2019, the goalkeeper made his Liverpool first-team debut in a third-round tie at MK Dons and followed that up with a match-winning save in the penalty shootout victory over Arsenal in the next stage.

The Reds' 2021-22 journey in the competition begins tonight away at Norwich City, with assistant manager Pepijn Lijnders revealing Kelleher is set to start the Carrow Road encounter.

Liverpoolfc.com caught up with the Irish stopper at the AXA Training Centre to preview the contest – read on for the interview in full…

Pep Lijnders has revealed you're in line to start at Carrow Road. How excited are you to make your first appearance of the season?

Really excited to hopefully make my first competitive start of the season obviously. I think we're all looking forward to the game. It'll be a good challenge and we're just buzzing.

This is a tournament that holds some good memories for you…

Obviously I played a few games two seasons ago, I think it was, and have some good memories of playing games. I made my debut for Liverpool in that competition as well. So, it's been a tournament I really enjoy playing in and I'm looking forward to it again.

How determined are you to make more memories in this competition?

The whole squad are motivated to get the win. We want to win every trophy that we're involved in, so we're all looking forward to [the game] and I want to make more memories, play more games.

When you look back, how different a player do you feel to the one that made his debut against MK Dons and starred in the shootout victory over Arsenal? A fair bit has happened since then…

I think they were great learning experiences for me. Obviously my debut and the first few games, playing my first game at Anfield with the crowd and stuff, those experiences really stood out to me and I could learn off them. I played a few more games after that. I just think it's a lot of hard work. Obviously watching those games and every day in training just seeing where I can get better at and keep working on. Thankfully, I then got opportunities to show that I have improved and I have got better. Hopefully I'll get more opportunities. 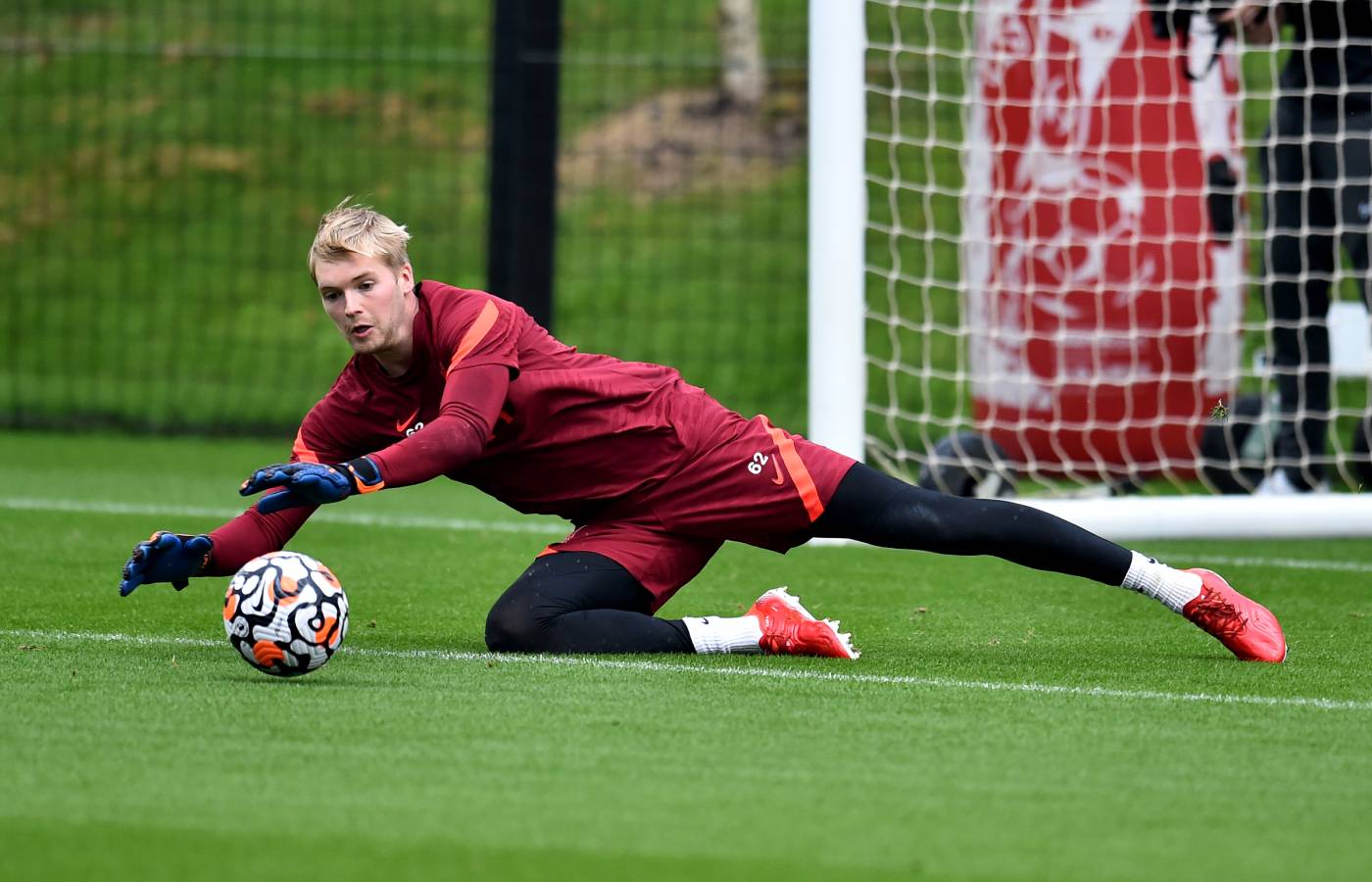 How much does this competition mean to young players? Pep Lijnders called it 'proper gold' for youngsters…

For youngsters, it's a big competition for us as we know we'll get opportunities and game time. It's everything for us if we're involved and we want to win and give 100 per cent when we get the opportunity to show that we're good enough and capable to play in more games. We're really looking forward to it. A Carabao Cup round-three game is probably to the public not the biggest of games, but to me it was probably the biggest game of my life and a big moment for me. The competition for us players, and when you get the chance to play, is really exciting.

You train with the squad every day – how impressive is the depth all throughout it?

It's really good. A lot of youngsters I think might be involved or on the bench and stuff. For them, it will be a great experience. When they come up to train with us, it's like none of them look out of place – they all look really impressive. The strength in depth we have in the whole squad is really good. It's a great opportunity for every player to put in a good performance and get in the manager's head for the next few games. There's a lot of games coming up, so changes will be made. We just have to put in a good performance and go from there.

What will be required from the team on Tuesday night to progress through to the next round?

​​I think it'll be a tough challenge. We've obviously played them already in the Premier League – they showed they're a really good side there and caused us problems. We just need to look at that game and maybe try to learn from that and then hopefully put in a good performance and get through.