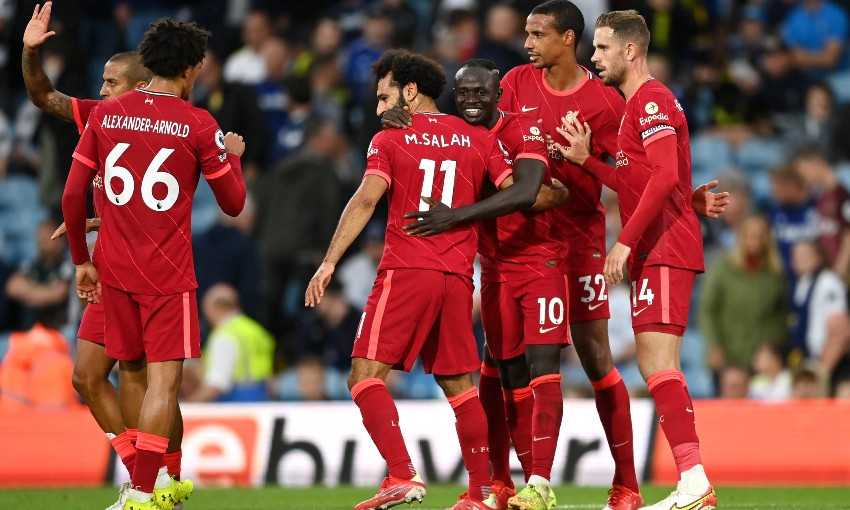 Mohamed Salah, Fabinho and Sadio Mane got the goals that secured a convincing victory in a game overshadowed by a serious ankle injury sustained by Harvey Elliott.

When Salah dispatched the Reds’ opener with 20 minutes gone, he reached yet another individual milestone.

The No.11 became the 30th player to score 100 goals in the Premier League and fifth-quickest to do so, after Alan Shearer, Harry Kane, Sergio Aguero and Thierry Henry.

It took Salah only 162 appearances to hit triple figures and his Liverpool-specific record is even more impressive: 98 goals in just 149 top-flight matches.

Robbie Fowler (175 appearances) was the Reds’ previous fastest representative in the club of Premier League centurions.

Salah’s goal was set up by Trent Alexander-Arnold, who fizzed in a low cross from the right that his teammate redirected past Leeds goalkeeper Illan Meslier.

That took the right-back onto 35 Premier League assists, in what was his 133rd top-flight appearance, and made him the fourth-youngest player to create 35 goals in the competition.

Only Cesc Fabregas, Wayne Rooney and Ryan Giggs got there earlier in their careers, with David Beckham now fifth-youngest.

Liverpool racked up 30 attempts on goal throughout what was a dominant display on Sunday – and that took their tally to 100 shots in the Premier League so far this season.

According to Opta, Jürgen Klopp’s side are therefore only the second team since 2003-04 to have 100+ attempts in their first four fixtures of a top-flight campaign, after Chelsea in 2009-10.

The source of Fabinho’s close-range strike five minutes into the second half was a corner, with Virgil van Dijk nodding down Alexander-Arnold’s delivery and the Brazil midfielder applying the finishing touch.

That was Liverpool’s 13th goal from corners since the start of last season – more than any other Premier League team. 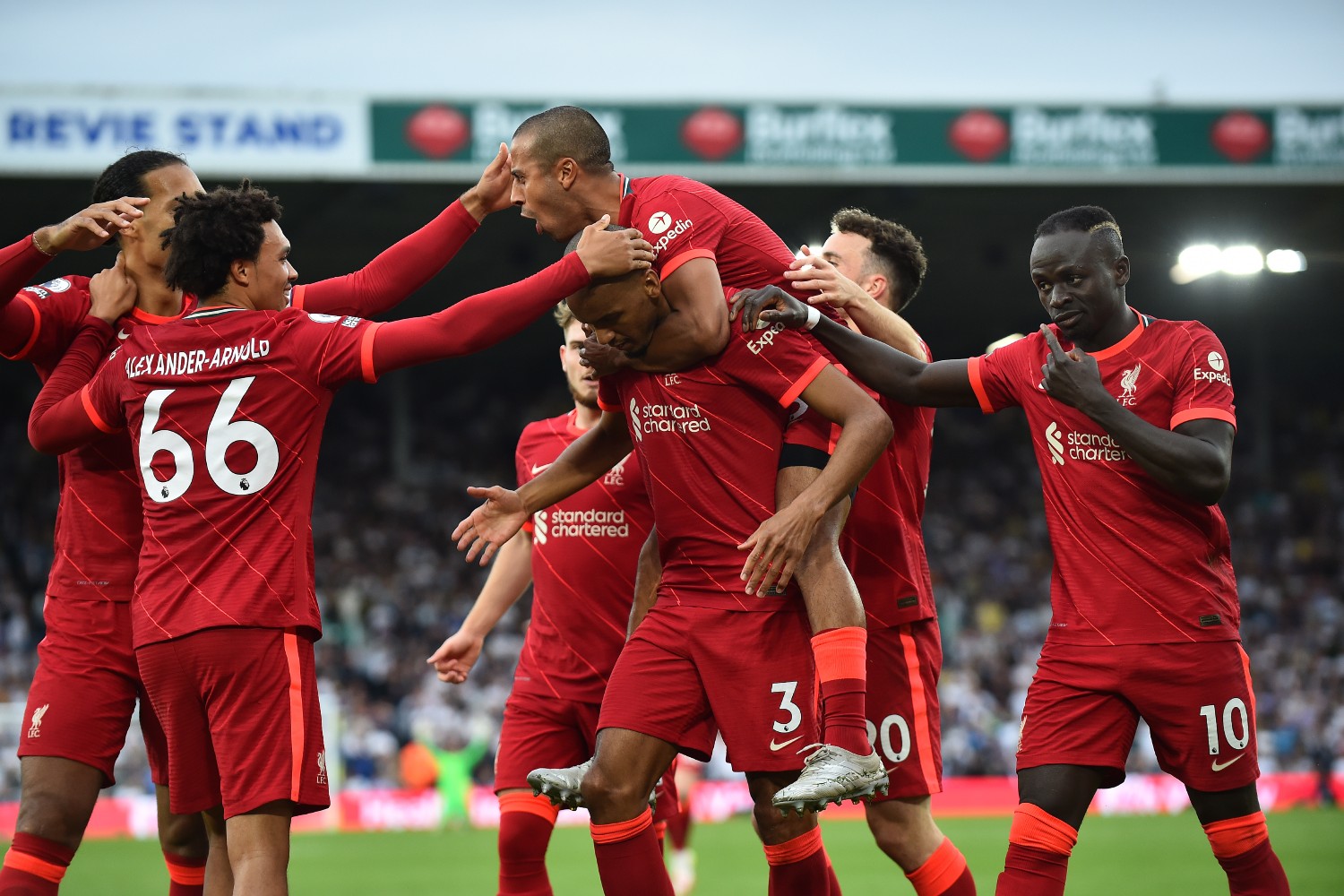 Mane was responsible for a third of the Reds’ 30 efforts on goal and his relief at finally finding the net with his 10th shot of the afternoon was visible in his celebration.

The No.10 has now made 233 Premier League appearances in his career, and never before had he attempted more shots in a single game.

If at first you don’t succeed, try, try and try again.