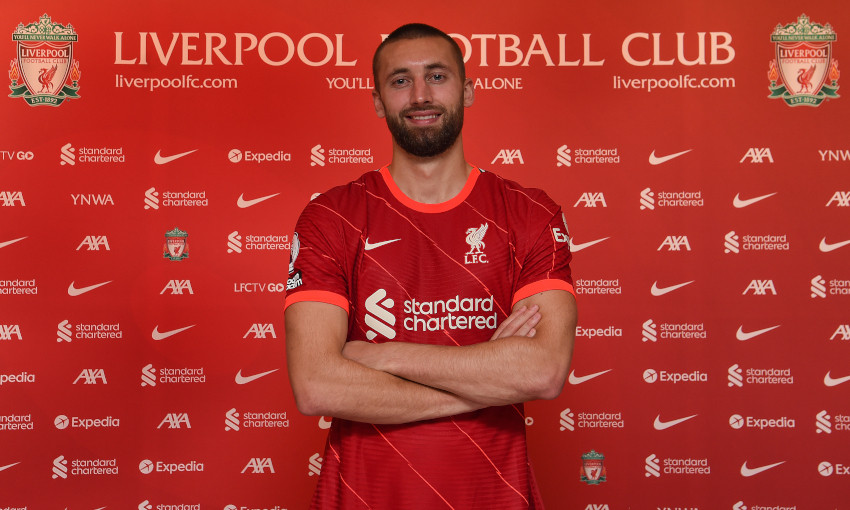 The centre-back finalised the contract at the AXA Training Centre on Tuesday to commit his future to the Reds following a watershed 2020-21 campaign in which he made 20 appearances for the first team.

Phillips told Liverpoolfc.com: “Obviously after last year, it’s really nice to get that reward from the club. I’m happy to be sticking around and being available if the club need to call on me again.

“I’m excited for the next chapter and just to see what that brings.

“It is nice that the club has shown me that recognition and hopefully I can bring more of the same with whatever opportunities come my way.”

Phillips played an instrumental role in ensuring Liverpool secured qualification for this season’s Champions League after injuries to Virgil van Dijk, Joe Gomez and Joel Matip saw him called upon regularly in the final stages of the last campaign.

The 24-year-old visibly grew in stature at the heart of the Reds’ defence and his performances helped Jürgen Klopp’s side secure a third-placed finish after a run of eight wins and two draws in their final 10 Premier League outings.

“Over the off-season I had a bit of time to reflect on what had happened throughout the season, how it ended and to be proud of that,” Phillips added.

“But like I’ve said in previous interviews, you don’t want to dwell on that too much and you want to look forward and see if you can continue to push in a positive direction.

“Obviously it was a dramatic change, no-one saw it coming, I didn’t see it coming – the circumstances that unfolded whereby I ended up playing regularly for Liverpool’s first team.

“For anybody playing for Liverpool’s first team, that is going to be life-changing. For me it’s the same. Obviously it’s brought about this opportunity as well.”