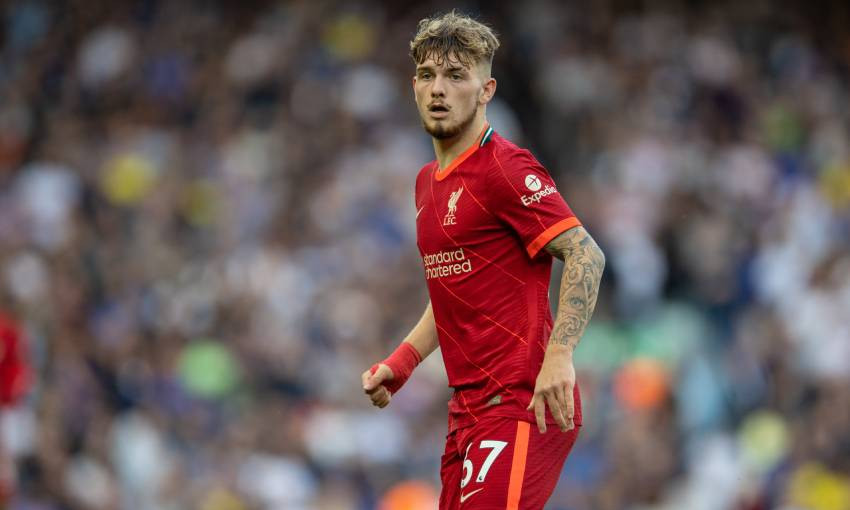 Harvey Elliott admitted he was left disappointed with just a point after Saturday's 1-1 draw with Chelsea, despite Liverpool's best efforts.

The Reds were frustrated in the second half at Anfield by their London opponents, who were reduced to 10 men on the stroke of half-time.

Kai Havertz gave Chelsea the lead after 22 minutes before Reece James' handball in the penalty area led to his dismissal and Mohamed Salah's equaliser from the spot.

Read on for Liverpoolfc.com's post-match interview with Elliott...

Harvey, it was a team that tried everything to get the three points today...

It just wasn't our day. We tried what we could, gave it 100 per cent and unfortunately we came away with the draw. I think the mood in the changing room is a bit down because obviously we wanted to come away with the win against 10 men. Chelsea obviously are a top-class side, they fought until the very end and were hard to break down, so you've got to give them credit. It wasn't really our day. We'll reflect and go again against Leeds.

It was the third game of the Premier League season and billed as a big one beforehand. How difficult physically was it?

It's not too bad when you're playing in a Liverpool side like this. With top-class players, you try to copy everything that they do. Physically it was hard because it's a top-class side. You had to be 100 per cent defensive and obviously you had to do the attacking work as well. To come away with a draw isn't the end of the world but we always wanted to get the win. We wanted to fight until the end to push for the goal but, like I said, it just wasn't really our day. Chelsea are a top-class side, as you can see, and to start against them and play a full 90, it's a dream come true to play in front of this Anfield crowd as well. I'm just disappointed to not come away with the three points. 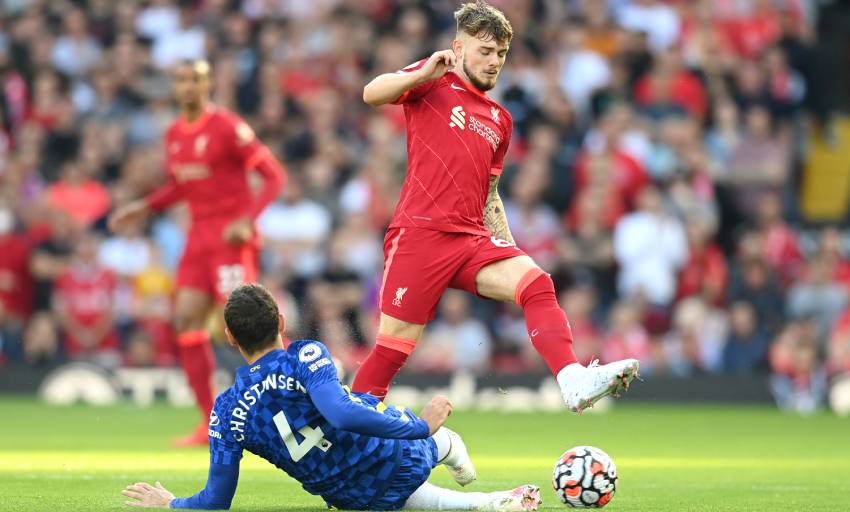 It'll probably only dawn on you tonight what's happened, having grown up as a Liverpool fan. Did you feel your opportunity was going to come as soon as it has done this season?

I just take every opportunity in my stride. Obviously 10 minutes against Norwich, then my first start against Burnley, so [I'm] just taking it bit by bit, just grateful for all the opportunities I've been given. I'm just thankful for the coaching staff and for the team for believing in me and giving me these opportunities. When you're on the pitch you've just got to focus, you've just got to give it 100 per cent and you focus on the excitement after. It's every boy's dream to play in front of this crowd at Anfield and to put on this red strip. I just want to give 100 per cent to the club, I just want to play for the club and just run my socks off until I can't run anymore, to be honest. Unfortunately we couldn't get the three points today but it's something we'll reflect on and go again against Leeds.

What was the message at half-time and plan for the second half?

Just go out and do the same thing. I think we had chances in the first half that we should have scored, or could have got shots away or created even more, to be honest. It was just all the same messages before the game. We tried to give it all we could in the second half but we knew they were going to come out and be defensive, defend and shut up shop really. We knew it was going to be hard to break down and unfortunately we just couldn't do it today. But like I keep saying, it's something that we need to reflect on, it's something that we need to improve on as a team and go again against Leeds. I think there's three points to be grabbed up there. We just put this one to bed, focus on the internationals and then go again against Leeds.

You obviously wanted to win but it's very important you didn't lose it...

To come away without a loss is always a good thing. A point on the board, so it will put us in a good step against Leeds and hopefully we can get the three points there. To come away without a loss and to go a goal down as well, the boys showed great character and fight to get back into the game against a tough side. I'm proud of every single one of them. I'm just proud of this team, and proud of the crowd for not giving up and for pushing us and wanting us to go on and win the game. I just wish safe travels home for the crowd, who are obviously travelling all around England to come and watch us today. So we're always thankful for the crowd – they're our 12th man. I'm just very thankful for them to be here and to play in front of crowds again. It's a dream come true for me to play in front of these Reds and I just wanted to give everything I could for the team and for the supporters.