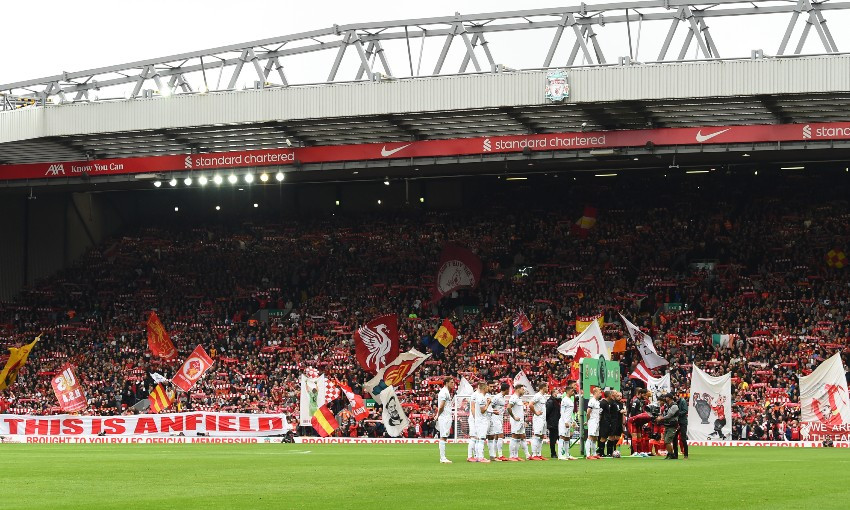 Goals from Diogo Jota and Sadio Mane secured Liverpool’s 2-0 win over Burnley in front of a capacity crowd at Anfield.

The Reds’ first home game of the new Premier League season represented something of a landmark event, with their stadium full of fans for the first time in a little under 18 months.

It had been 528 days since Anfield was last graced by a capacity crowd.

And the 50,000+ Reds in attendance here made sure they were heard on an occasion that was neatly surmised by Jürgen Klopp.

“Everybody was really looking forward to this football festival, to this game, and I think nobody leaves this place today with any kind of disappointment because I think all of our dreams were fulfilled today, atmosphere-wise,” the boss said.

“That was, for sure, the best 12.30pm atmosphere we had. It was pretty special, really special.”

Indeed, the noise was often more akin to a big European night, while a stirring and emotional pre-match rendition of You’ll Never Walk Alone took on even greater poignancy as Anfield came together to remember Andrew Devine and those lost since March 2020.

During the course of the pandemic, we were deeply saddened to lose much loved friends from our football family. Y… https://t.co/b4Jf1KUoOA

When the No.10 met Trent Alexander-Arnold’s clever, clipped pass with an unstoppable half-volley that fizzed past Nick Pope, he became only the fifth man to score 50 Premier League goals for the Reds at Anfield.

And, after joining Robbie Fowler, Steven Gerrard, Michael Owen and Mohamed Salah on that elite list, Mane is fast approaching another noteworthy milestone.

He’s now just two goals short of his century for the club. 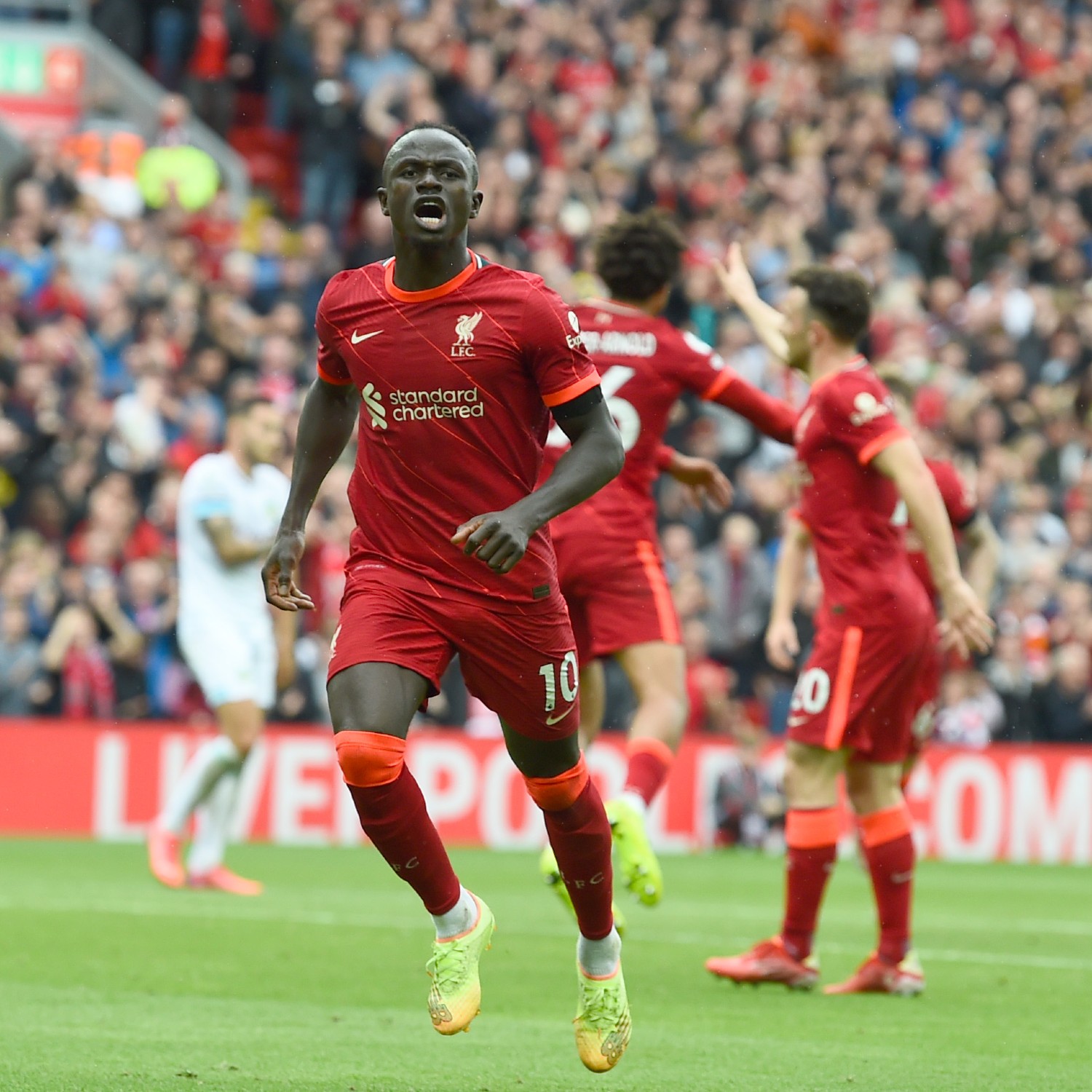 Just as was the case at Norwich City last week, Liverpool’s lead was earned via Jota’s goalscoring instincts.

“He has got the magic touch,” is how Jordan Henderson assessed the Portuguese’s pleasing knack for finding the net.

“Around the box he’s lively and he manages to make the right runs.”

The ‘right run’ here was a dart to the near post that gained Jota the space required to adroitly glance Kostas Tsimikas’ excellent cross into the far bottom corner.

That’s now 15 goals in 32 appearances for the Reds. 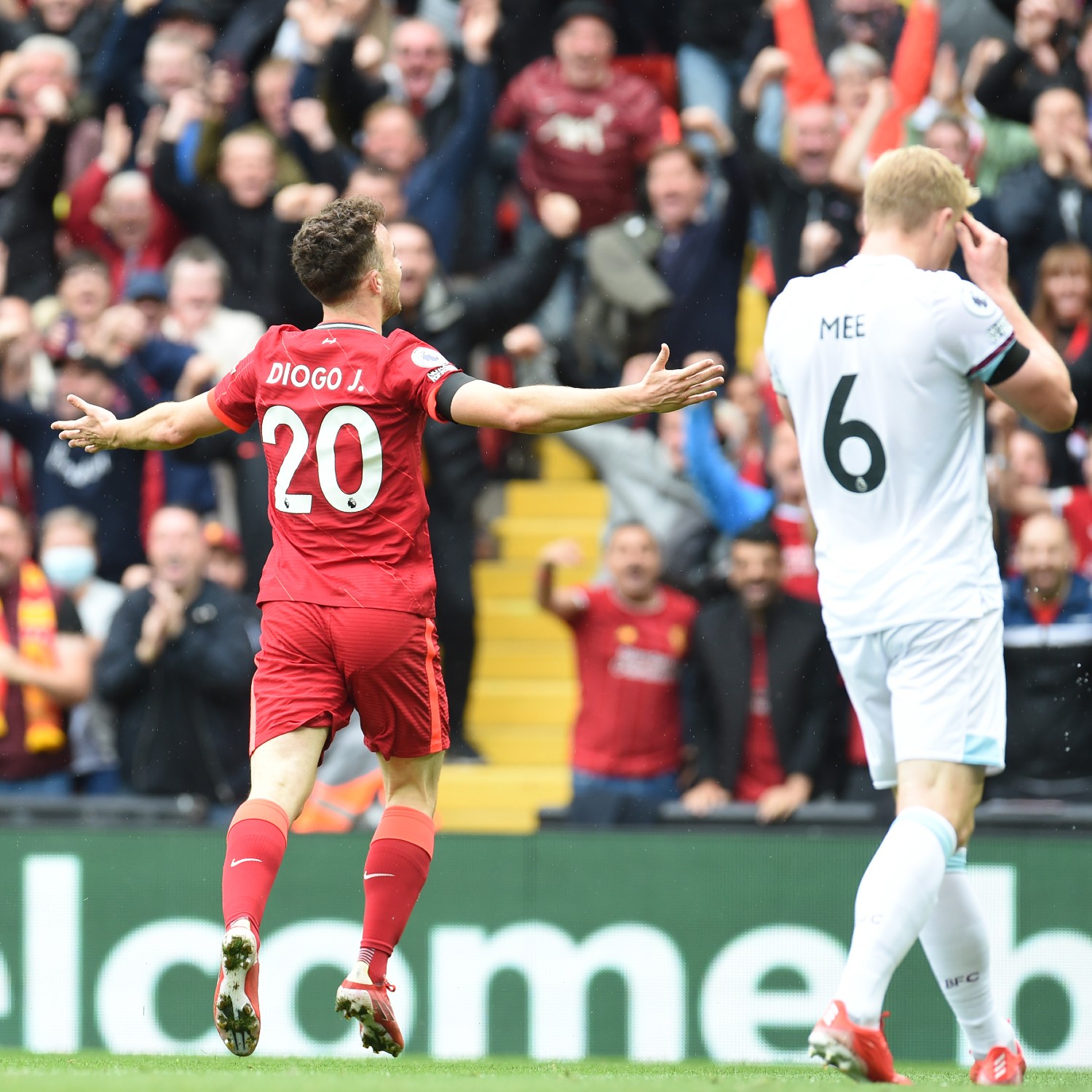 Alexander-Arnold’s influence was writ large on what was an authoritative collective performance from Liverpool.

On top of his wonderful assist for Mane, nobody on the pitch bettered the Reds’ right-back in the metrics of touches (101), chances created (seven), crosses (12), passes in the opposition half (42) and ball regains (nine).

In short, Alexander-Arnold was outstanding.

The Scouser in our team.

Saturday was a significant moment in the nascent career of Harvey Elliott.

And Elliott responded by producing a lively yet mature 90 minutes, during which only Alexander-Arnold and Henderson topped the teenager’s total of 77 touches.

He also created three chances and no player on the pitch won more fouls than his five, either, as Elliott demonstrated exactly why he was entrusted by his manager.