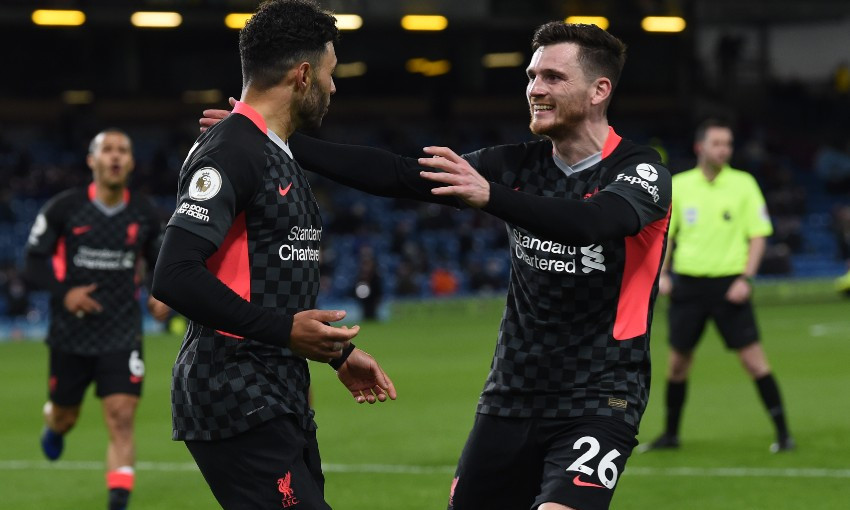 Andy Robertson has urged Liverpool to maximise the opportunity a perfectly timed run of form has given them.

The Reds reeled off a fourth consecutive victory by beating Burnley 3-0 in their penultimate Premier League match of the campaign on Wednesday night.

That result means they sit in fourth place and with their fate in their own hands in terms of Champions League qualification heading into Sunday’s season finale against Crystal Palace at Anfield.

“A really good time to do it. We’ve hit form at the right time, when we needed it the most,” Robertson told Liverpoolfc.com of the team’s recent sequence of wins.

“The last probably five or six weeks ago our situation was very different, everyone probably wrote us off. But we believed if we could put a run together, and if we could put pressure on the people above us, we might be able to do something. It’s turned out that way so far; but it goes down to the final day.

“Realistically, that was probably the best-case scenario for us. It’s a three-way race – Chelsea, us and Leicester – and we’ve given ourselves a chance, that’s all we can ask. We need to be at our best against Crystal Palace, never an easy opposition.

“Obviously they have got extra motivation with it being Roy Hodgson’s last game, I’m sure they’ll want to give him a fantastic send-off. We need to be able to use our motivation to our advantage and put in the performance like we’ve been doing the last couple of weeks.

“If we can use the positive attitude and the positive mindset we’ve got just now, I believe if we take that into the game hopefully it’ll be good enough to win the game.”

On putting together an unbeaten run with no margin for error…

Of course, it came to a point where we couldn’t drop any points really. And still then, we could be in a lot better position if we held on against Newcastle and Leeds. But going over the whole season, you could pick every game apart where we could have done better, could have done worse. These are part and parcel of the season. We’ve put ourselves in a great opportunity to finish in the Champions League spaces – that has to be the aim, this club has to be in the Champions League. For a large part of this season it looked as if that wasn’t going to be possible. But we’ve made it possible, we’ve got a fighting chance. But we need to go into the last game full guns blazing and hopefully we can get the result that certainly the last seven, eight weeks has deserved.

I always find it tough for players coming in, especially people like Thiago – a huge name in the game. And he needed time to adapt. He then obviously got a really bad injury against Everton that put him out. He then had to catch up again and come up to speed. The last six to eight weeks we’ve really seen what Thiago can bring to this club. We were never in doubt. But he took time to adapt to the Premier League, as do we all. Again tonight he was fantastic. But it’s so hard to pick out anyone. We’ve got two inexperienced centre-backs that were different class. Me and Trent just have to help them a little bit, they can switch off just that tiny wee second. Rhys, fantastic lad been thrown into the deep end, only 20 years old. Credit to him. Nat is obviously a bit older but not much experience. He gets his first goal tonight, which we’ve been asking of him. It looks as if he heads everything at the back. But everyone was fantastic. Gini, the front three – the work-rate, they pressed everything. Mo, without getting a goal, was probably one of his best games this season, for me; hard-working, laying people off, bringing everyone into the game. A really good performance, lads coming off the bench and making an impact, that’s what we need. 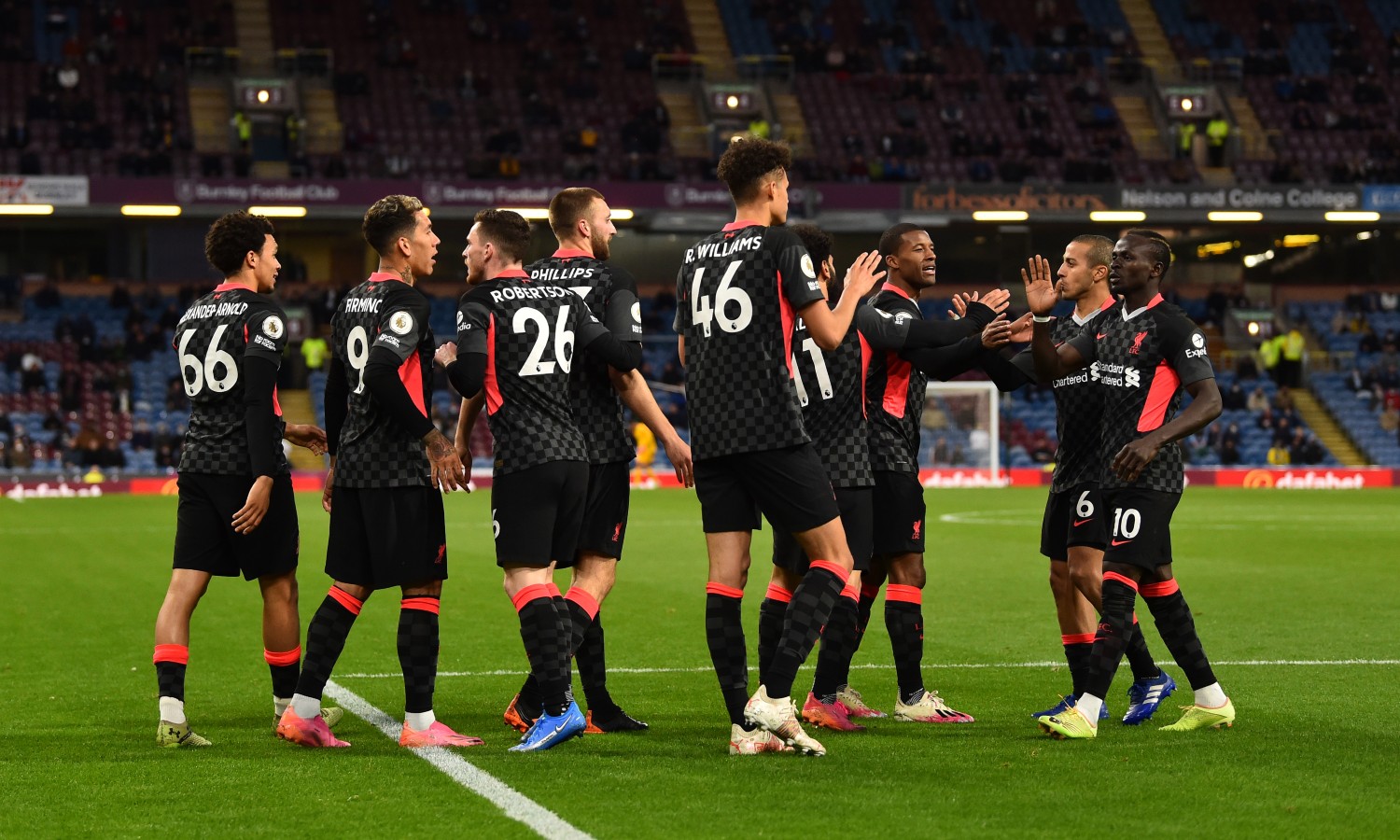 On fans being back at Anfield on Sunday…

Can’t wait. It’s easy to say football without fans is nothing, but I think over the last couple of weeks we’ve really seen that come through. We came out the same time as Burnley today to warm up and the reception they got was unbelievable. It even gave us a lift, as weird as that sounds. But I can’t wait to have our own fans in there, I’m sure they’re as excited as we are. They’ll make a fantastic noise. Getting our families in will mean so much as well. We need to make it the occasion it’s meant to be. We need to give the fans something to cheer about. Hopefully this long, really hard season, really tiring season, we need to finish it off on a high. Obviously the objectives at the start of the season were a wee bit different but we’re in this position now and if we can get Champions League football, I think from the position we were in seven or eight weeks ago, every Liverpool supporter around the world would take it.