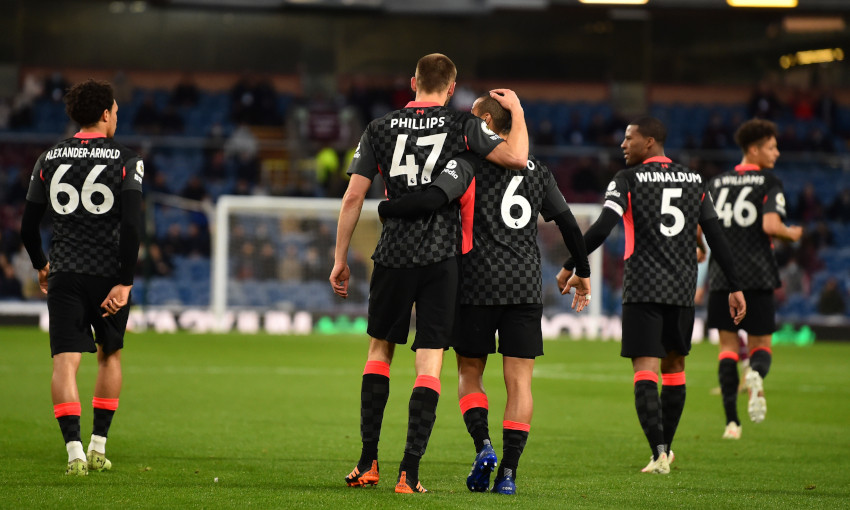 Liverpool took another big step towards claiming a top-four finish with a 3-0 defeat of Burnley on Wednesday night.

The Reds’ fourth consecutive Premier League win lifted them into the Champions League qualification berths with just one round of fixtures left to play.

Roberto Firmino, Nathaniel Phillips and Alex Oxlade-Chamberlain got the goals for Jürgen Klopp’s team in their ‘semi-final’ at Turf Moor.

Here are five talking points from the evening’s action…

Back into the top four

Victory at Turf Moor – their seventh of a nine-game unbeaten run in the Premier League – moved Klopp’s side back into the top four for the first time since mid-February.

It has been a remarkable turnaround by the rejuvenated Reds, whose hopes of competing in next season’s European Cup had seemed unachievable just a few months ago.

Now, they have leapfrogged Leicester City into the final Champions League qualification spot due to a superior goal difference ahead of Sunday’s season climax.

Just one point separates Chelsea, Liverpool and the Foxes from third to fifth position, meaning the enthralling race for Europe remains completely in the balance.

“It’s insane that we came that close, but we are not through,” said Klopp. “When you win the semi-final you go to the final. That’s where we are and we will give our absolute everything to win that as well.”

Beat Crystal Palace at Anfield – where 10,000 supporters are set to attend – and the Reds’ Champions League ticket will be stamped, provided Leicester do not both defeat Tottenham Hotspur and overhaul the gap in goal difference. Chelsea, meanwhile, travel to Aston Villa.

It’s going down to the wire.

Nat shines at both ends

Phillips’ 52nd-minute header in Lancashire was his first ever senior professional goal.

Having stayed inside the penalty box after a Liverpool corner was partially cleared, the No.47 was in the right place to capitalise on Sadio Mane’s cross from the left with a firm header past the goalkeeper’s grasp. 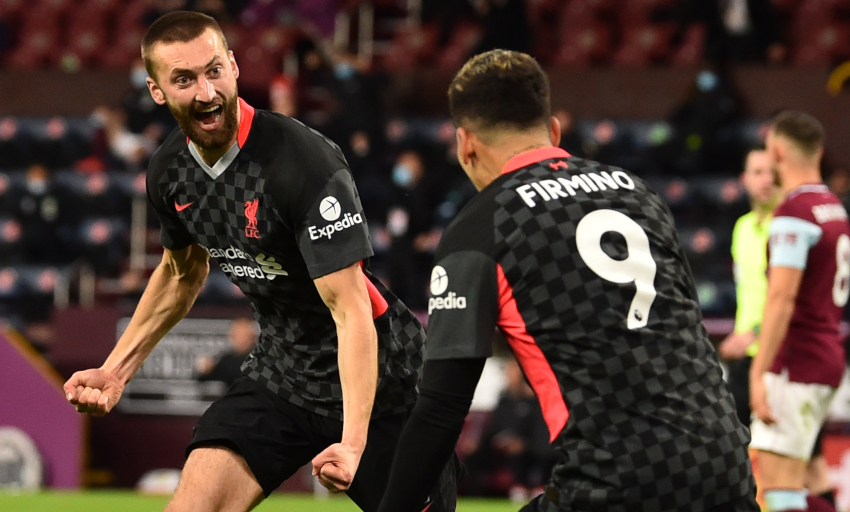 Beyond the special personal moment for Phillips, the goal quickly stabilised a lead that had been established for the visitors by Firmino shortly before the half-time break in a contest they knew had to be won.

The centre-back then preserved the advantage he provided with a vital clearance right on the goalline to deny Ben Mee and prevent the Clarets mounting a comeback.

And Phillips was unequivocal about which contribution he preferred.

“Clearance off the line – every time!” he said. “It’s my job to stop the ball from going in the net, to stop goals. If I can get on the scoresheet, happy days, a bit of a bonus. But I’d much rather have a clean sheet.”

Firmino’s finish late in the first half created a piece of history for the Brazilian.

He is the first Reds player ever to score on three consecutive visits to Turf Moor, having also bagged in the 3-0 victory in August 2019 and the 3-1 win eight months earlier.

It’s three goals in the past three games for the No.9, who also extended a specific goalscoring streak when he tucked a strike past Will Norris on 43 minutes.

Liverpool are unbeaten in the 14 Premier League matches in which Firmino has netted the opening goal, with 12 wins – including each of the last 11 times in a row – and two draws.

With his low cross from the flank to create Firmino’s goal at Turf Moor, Andy Robertson halted a run of 22 top-flight matches without an assist.

In doing so, and later claiming a second of the evening with a set-up for Oxlade-Chamberlain, the Scotland international underlined why such figures are so uncharacteristic.

By the end of the encounter, Robertson had increased his total to 35 Premier League assists since he joined the club ahead of the 2017-18 season – more than any other Red during that timeframe.

Indeed, only one player in the entire division can better the left-back’s tally in the same period; Manchester City’s Kevin De Bruyne has 49.

An influential resumption of service for the No.26. 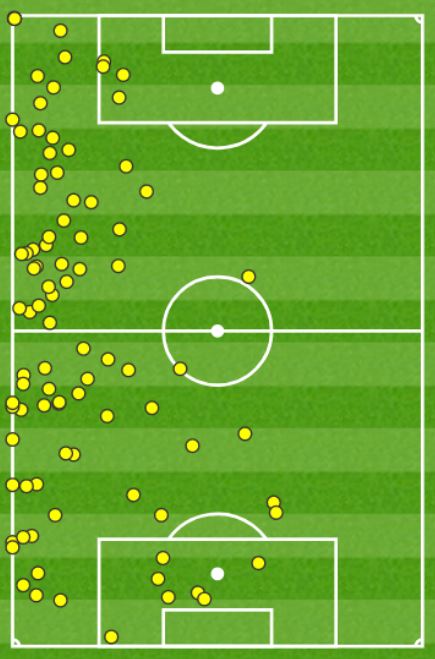 Whatever happens at Anfield on Sunday, this season will finish with a first in LFC history.

The Reds will definitely end the 2020-21 campaign with more points gained away from home (36) than at home (a maximum of 33 with a win against Palace).

Klopp’s men have won eight and drawn one of their last 10 fixtures on the road in the top flight, with their last three victories coming at a new record pace.

@LFC will finish this season, for the first time in their history, with more league points earned away from home th… https://t.co/R28HTiRJuI

Liverpool have won three away league games in the last seven days - the shortest time #LFC have ever had a run of t… https://t.co/vN3Kph4Fdq