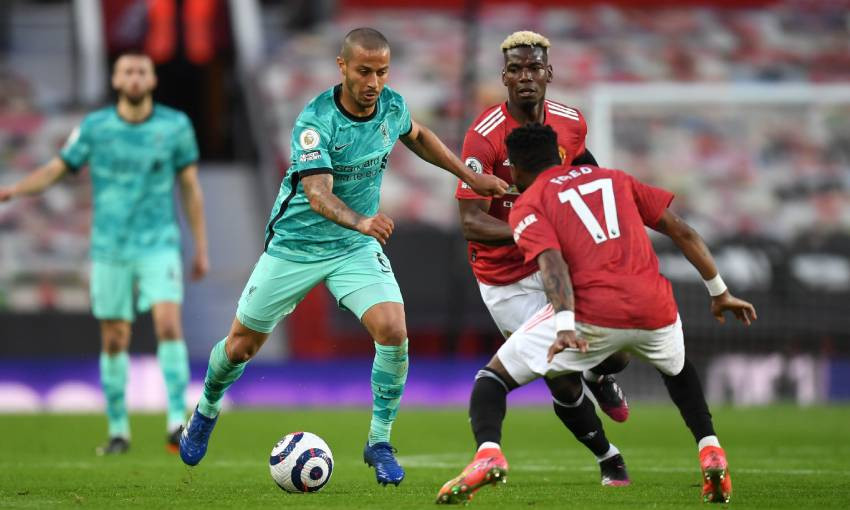 Thiago Alcantara began looking ahead to Liverpool's next 'final' in the immediate aftermath of their 4-2 win over Manchester United on Thursday night.

The Reds' pursuit of a top-four finish in the Premier League continues to gather momentum as they came from behind to secure an important victory at Old Trafford.

Next up on schedule is a trip to West Bromwich Albion on Sunday afternoon – a fixture Thiago and his teammates will now start studiously preparing for.

Read on as Liverpoolfc.com caught up with the No.6 following the result at the home of their fierce rivals...

Thiago, it was an amazing game to watch – what was it like to play in?

Even more amazing to play in. We faced a strong team, they are playing amazing this season and I think for most of the second half we [were] the best version of us.

It was a really good show of spirit to respond in the way you did towards the end of the first half and beginning of the second...

It was not so comfortable in the first half but we were very effective towards the goal. In the second, I think we dominated more, we created more chances and we could have scored even more goals than we scored. 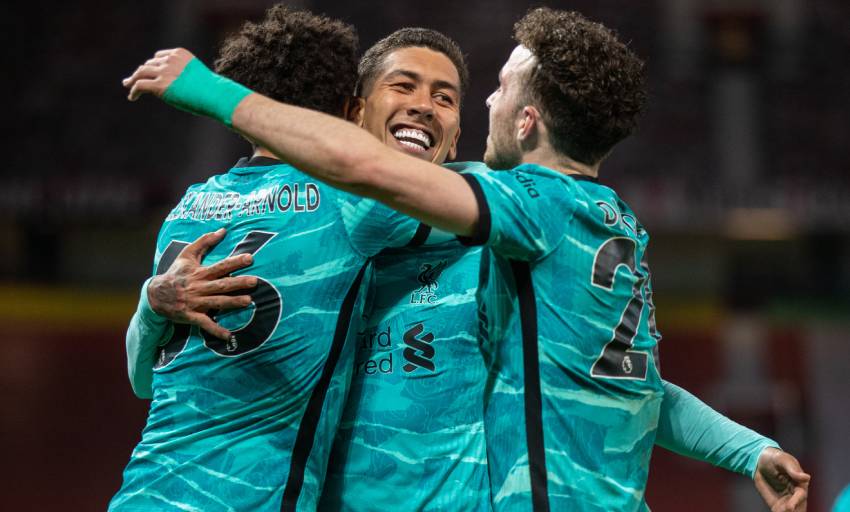 It was a great night for Roberto Firmino – he was in the right place at the right time...

He's a very important player for us. I think he's the least-selfish striker I've ever seen in my life because he always tries to reach the best option for his teammates, but also he's a great goalscorer.

Do you feel that playing alongside Fabinho in midfield is bringing the best out of you?

As I said, it brings the best from all of us having Fab in the middle. He controls the tempo while we don't have the ball as well, he closes that gap we need when he's there. He's very important for all of us.

It's seven games unbeaten now – do you feel that you're hitting a little bit of momentum and form just at the right moment?

I think we correct a couple of mistakes from the past and we are reaching, not the best, but near a great version [of] us. At the end, we have the same goal as each other – that's to reach the Champions League and the top four in the Premier League.

Finally, will the key message be among the players to not waste this opportunity and get three wins from West Brom, Burnley and Crystal Palace?