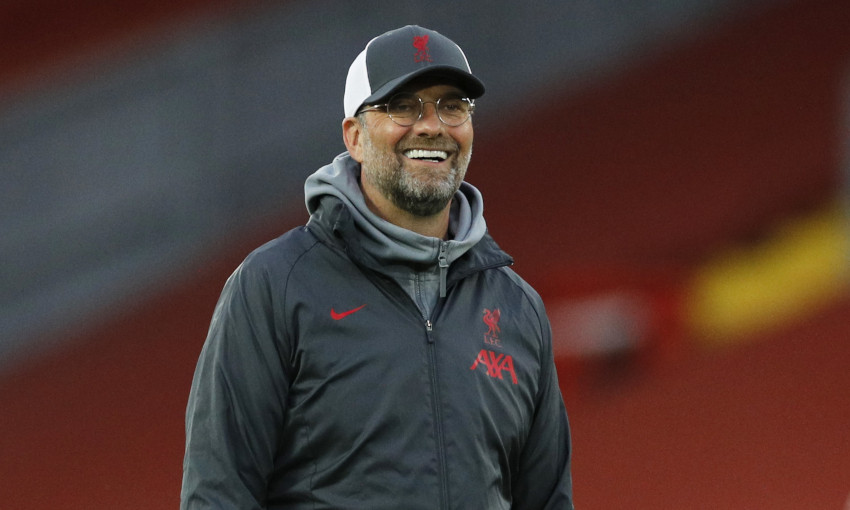 Liverpool will continue to give their push for a top-four finish a 'proper try' as they head to Manchester United, explained Jürgen Klopp.

The Reds are seven points behind the Champions League qualification places ahead of their re-arranged trip to Old Trafford on Thursday night, though have games in hand on those above them.

At his pre-match press conference, Klopp was asked whether the necessity for his side to win all of their remaining fixtures to have a chance of succeeding in their objective will lead to a change in approach.

“Our plan was to win all the football games we played this season, so we don’t change that,” the boss told reporters on Wednesday afternoon.

“Do we have to take more risks in the last few minutes when it looks like a draw? That’s possible, but not planned in the moment that if it’s 0-0 we bring everybody who is a striker or used to be a striker. No, it’s just the normal way.

“If you play a football game and think only about attacking, you’ve lost before the first whistle. Especially against United with the quality they have. So, we need to make sure we are ready, like always.

“The situation we are in, I’m not sure but I think we are not that bad in the form table in the moment, in the last five games we should be quite OK.

“But there were two draws [against Leeds United and Newcastle United] when we lost the game pretty much in the last minute, and that felt really harsh. So you could never get this feeling of kind of a winning streak or whatever, or not losing, because it’s so important.

“That’s the situation. We know that and the plan is to give it a proper try tomorrow night.”

More from the press conference

Quizzed on United’s development under Ole Gunnar Solskjaer, he continued: “So that’s a good mix. Age-wise, I would say it’s a really good mix, the offensive potential they have obviously.

“I don’t know exactly how old Marcus Rashford is, he looks quite young but obviously is meanwhile very experienced. Mason Greenwood, absolutely exceptional offensive talent, one of this English generation of offensive players which is absolutely incredible.

“If you count them all, you think, who do you want to leave out? Greenwood, [Phil] Foden, [Mason] Mount; strikers then, [Raheem] Sterling, [Jadon] Sancho. What a generation.

“Ole did a really good job, we spoke about that before. They play some really good stuff and that’s why they are in the position they are in. They will become, pretty sure, second, I’m not sure if that’s already secured.

“But it was a good season for United, in a difficult year.”

United’s second match of three in the Premier League in five days saw Solskjaer’s side beaten 2-1 by Leicester City on Tuesday night.

That result confirmed Manchester City as champions for 2020-21 and Klopp offered his congratulations to Pep Guardiola’s team.

“A very difficult year for the whole world, for all football teams as well; what they achieved so far in this year is exceptional. Having won the title in the past now, five in 10 years.

“When you bring together financial sources and football knowledge, you have a good chance to create something special and that’s obviously the case. City have an incredible squad and the best manager in the world, so that makes it a good recipe, I would say.

“It’s always a joy to play against them because it’s just a massive challenge from a football point of view. [You] can beat them but you have to be at your absolute top to do so.

“We could do that from time to time, but this year obviously not. So, well deserved, congratulations.” 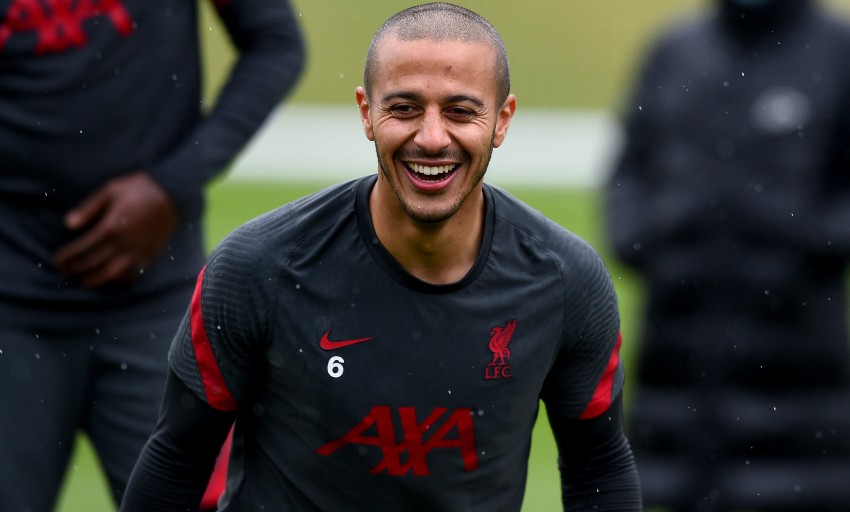 Klopp was subsequently asked about the gap Liverpool will have to close to City when they aim to challenge at the top of the Premier League again next season.

“My concern this year is not the gap, like I don’t think [about] we created a pretty big gap last year between us and other teams,” he said. “We always knew that doesn’t mean we are now 20-odd points better than other teams.

“We have to win football games next year. And City is not the only challenge. Chelsea looks, I said when Thomas [Tuchel] arrived there: this squad is a present. And together with Thomas, obviously it works out pretty well. If you look at the squad, they can make 11 changes and you think, ‘Oops, that’s a proper team.’

“They will go for it next year definitely, they will not get worse. That’s a fact. United are in a good way. So, it’s not about who is far away or whatever. It means just you have to win your own football games and that’s possible.

“Our season was really difficult but we don’t close our eyes from the facts. We know five or six points more for us, even in a season with the injuries we had, we should have in the moment. We know that. That means we don’t blame anybody else but ourselves because then we would be closer to the Champions League spots, then we have four games to go, a proper chance, all these kinds of things.

“Now we need help from other teams; obviously we have to win our own games but we need help as well. That’s not the situation you want to be in, but it’s the best we could get and now we deal with that.”