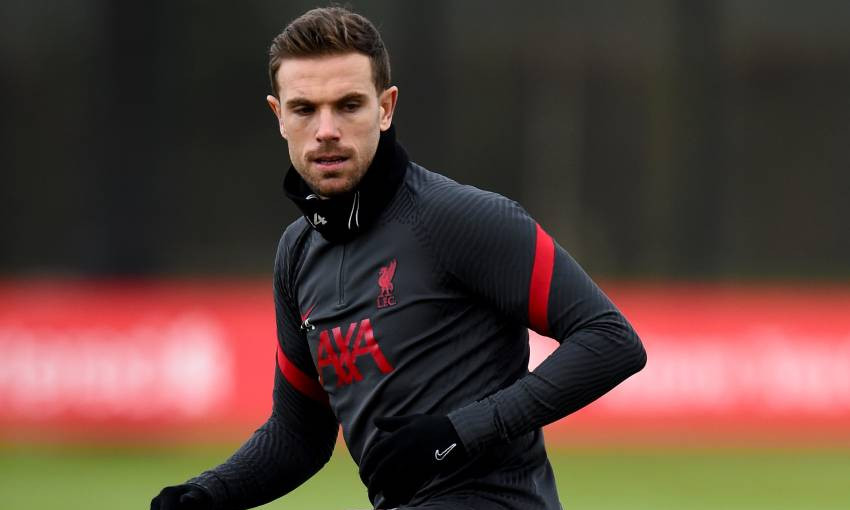 Jordan Henderson is set to miss the remainder of Liverpool's season, Jürgen Klopp has confirmed.

The Reds captain has been sidelined since undergoing surgery on a groin injury in February.

After Virgil van Dijk said he will miss this summer's European Championships, Klopp was asked whether Henderson would be able to appear at the tournament with England.

The boss told a press conference on Wednesday: "Obviously Hendo's injury is a completely different thing.

"Hendo doesn't play in the moment and doesn't train normally with us, so that's a decision at the end between Gareth [Southgate] and Hendo.

"But I think there's a chance, for sure – unfortunately not for us, but for England then."

Klopp continued: "Do they need an arm around? Yes, maybe not always literally but, of course, I understand their situation pretty well – not that I would have been even close to a European Championship as a player. But I know what it means if you miss a big personal target, so that's not nice.

"But especially for Virgil, I think it was always looming around that it will be probably the case. If no miracles happen then it was always clear that must be the decision in the end. And Hendo is not out yet.

"Look, Hendo didn't train yet with the team... and it will be probably around the last week where he has a chance to train with us, but then he was too long out to play for us.

"But then he would be completely fit and what makes it really different to all other English players probably – maybe Declan Rice as well – he would be properly rested.

"The problem what all the managers have in the moment, each injury you get now is, first and foremost, probably season-ending, even when it's not a serious injury. But with the tournament coming not too far after it, it could threaten the tournament as well or a potential final or whatever is coming up.

"So that means Hendo will be then rested and has then a proper pre-season for the Euros if everything works to plan. He's not out of that."

Klopp also confirmed no players have returned from injury ahead of Thursday's trip to Manchester United in the Premier League.