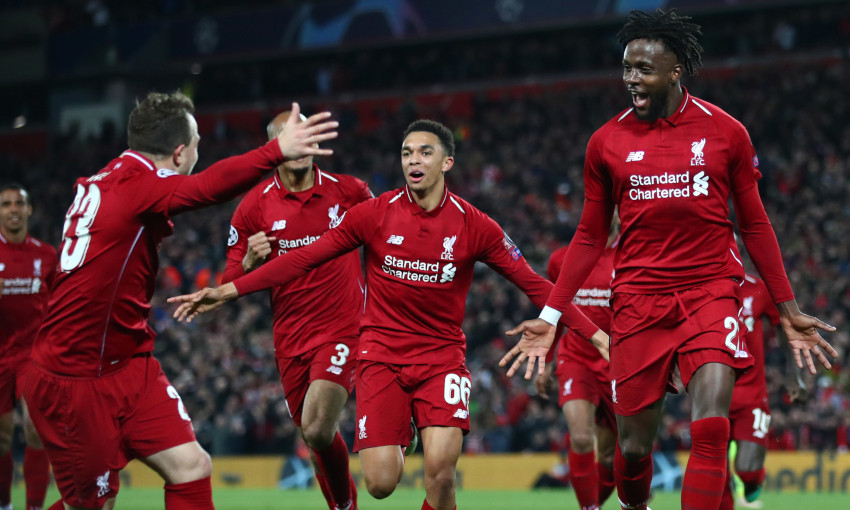 On this day two years ago, Anfield bore witness to arguably its greatest ever comeback as Liverpool defied the odds to overturn a hefty first-leg deficit and beat Barcelona 4-0 to progress to the Champions League final.

Trailing 3-0 from the initial meeting in the semi-final in Spain, the Reds would need to conjure up something special if they were to keep their dream alive – and they’d need to do so without Roberto Firmino and Mohamed Salah.

Nevertheless, what unfolded over the course of 90-plus glorious Merseyside minutes was something that will forever be etched into club folklore.

Divock Origi’s early goal began the revival, before Georginio Wijnaldum – on as a half-time substitute – struck twice in the second period.

It was then down to one of the most iconic moments in the club’s history to settle the tie in Liverpool’s favour as Trent Alexander-Arnold’s quick-thinking corner allowed Origi to scoop in a did-that-really-just-happen fourth.

Anfield united following the full-time whistle to celebrate with an emotionally-charged chorus of You’ll Never Walk Alone – and Jürgen Klopp’s side were off to Madrid, where they’d bring home European Cup No.6.

Relive that barely believable night at Anfield all over again by watching our special video playlist here.