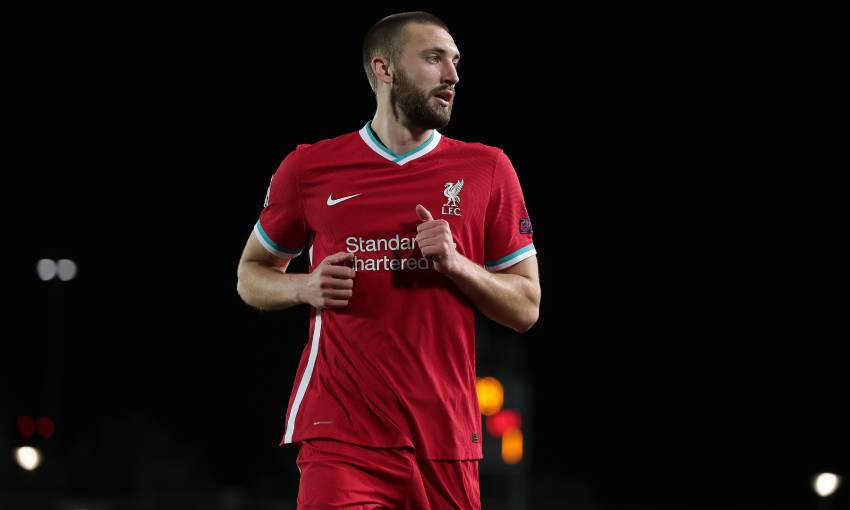 Nathaniel Phillips' story with Liverpool involves countless 'what-ifs' and, unsurprisingly, began with a huge one.

With a few different decisions, it's entirely conceivable the 24-year-old could be playing his football in Major League Soccer currently, or based in the world of work armed with a degree in economics.

That was Phillips' plan when his journey with Bolton Wanderers was coming to an end in 2016. He'd secured a four-year scholarship at the University of North Carolina at Charlotte.

The details had been completed on his National Letter of Intent, with the move even announced on the team's website. His flight was booked, housing deposit paid and roommate determined (current MLS player Callum Montgomery).

"I was picking him up at the airport on a Thursday, I remember," Charlotte 49ers head coach Kevin Langan tells Liverpoolfc.com. The pick-up never happened.

Phillips would make one last go at making it as a professional in England, signing his contract with the Reds' Academy on the day he was meant to fly stateside.

It was the start of his 'really nice story' with the club, as referenced by Jürgen Klopp after Phillips' Premier League debut in October. 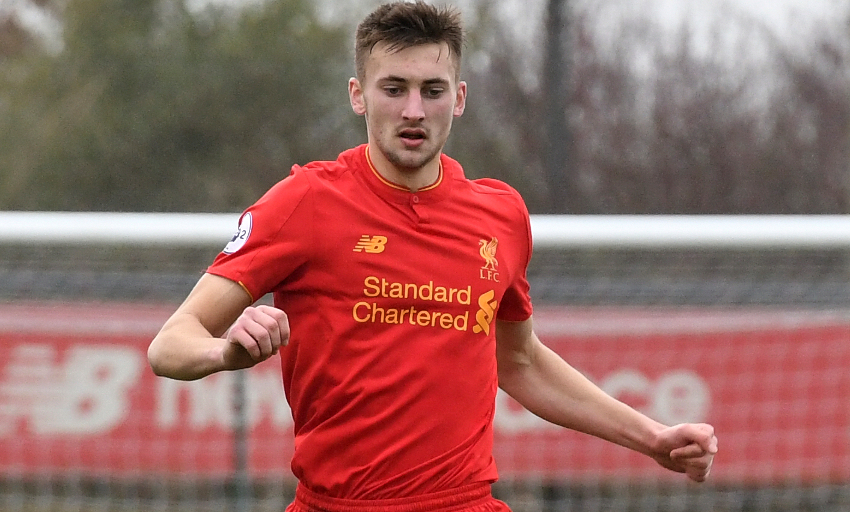 Photo: Phillips in action for Liverpool U23s in 2017

"Back then we had a Facebook page where all the players from around the world would post their workouts and just keep in touch of everyone and have some fun with each other," Langan recalls. "He was on there posting his workouts, sending pictures of himself doing the workouts.

"About two weeks before, my assistant said, 'I spoke to Nat and he's doing pre-season with Huddersfield.' And we were like, 'Oh'.

"But I spoke to Jimmy [Nat's father] and he said, 'Look, unless he gets a two-year deal at Championship or above, he's coming to America. He's not messing around with one-year deals in League One and League Two.'

"Then a week later, he's doing pre-season with Liverpool now and we're thinking, 'Is he going to get a two-year deal with Liverpool? That's a big stretch for a lad who's leaving Bolton.'

"He'd gone to play Celtic on the night before and on the bus back the guys have called him to one side and said, 'We want to sign here and we've got a two-year deal.'

"I was supposed to pick him up at the airport at 5pm and I got the phone call about 11am saying, 'I'm really sorry to do this to you.' But it was like, 'Well, fair enough. I'd do the same.'

"He was really gracious and nice about it. Obviously we kind of think, 'What if we got him over here? Win national championships?' But everyone's journey is different and good for him. He's really taken his chance, hasn't he?"

Phillips did eventually make it to the campus in Charlotte – only it was with Liverpool's first team.

The first stop of the squad's 2018 pre-season tour of the US – Phillips' first with the seniors – was North Carolina. Coincidentally, they'd be using the University of North Carolina at Charlotte's facilities while based there. 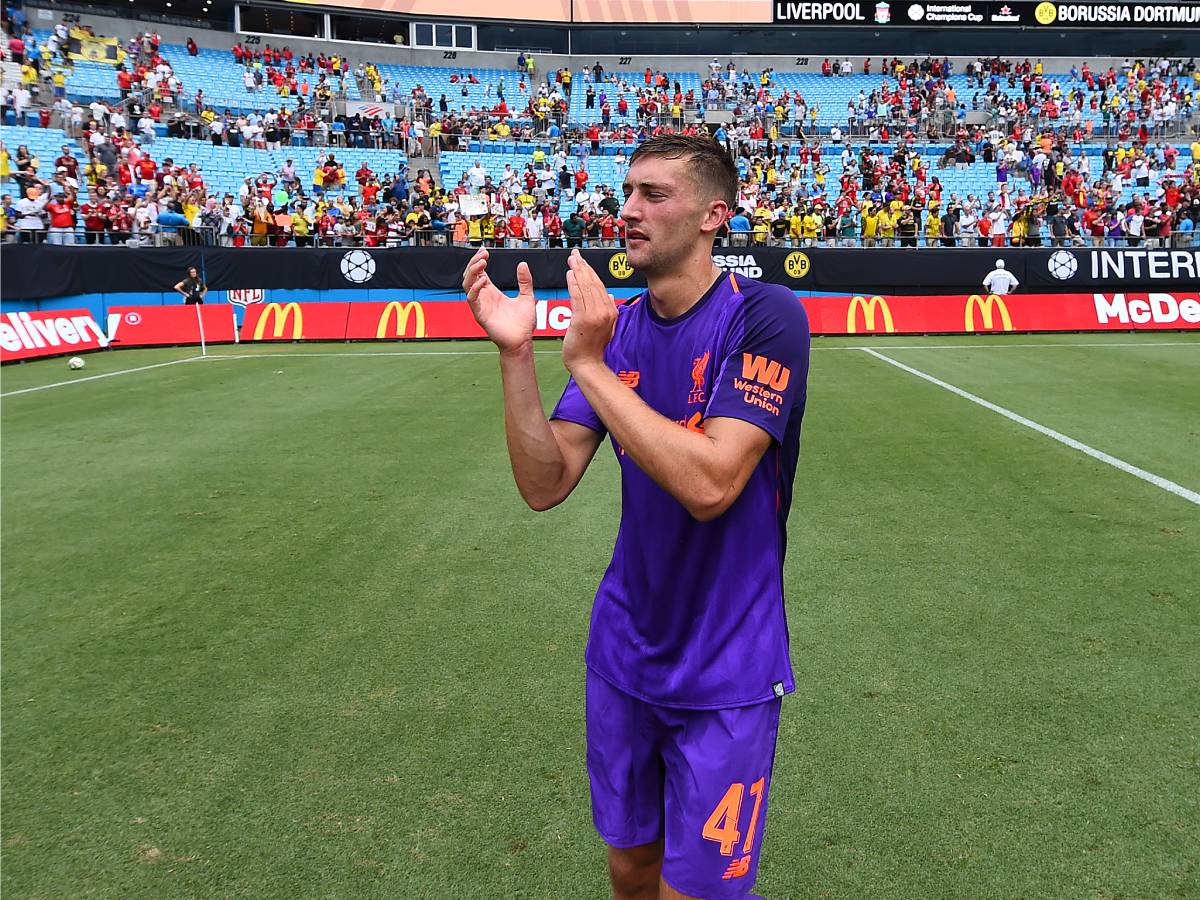 "Nat walked over on the stadium field and came over and said hi to us," Langan recalls. "Jürgen Klopp was like clocking and looking over and going, 'How do you know these guys?'

"He came over to chat as well and then we had a good chat with Jürgen Klopp. He spoke to all our university boys as well, so it's pretty cool experience."

The traits that have seen Phillips handle Premier League and Champions League football this season were the same ones his would-be coach noticed when an out-of-the-blue email landed in his inbox.

Langan details: "He sent an email in December – like we get hundreds of emails from young men all around the world who are leaving pro clubs, the youth academies – and it stuck out.

"As a player, he stuck out as someone who had those brilliant basics of defending – probably what you see now. It stuck out that he just loves to win his headers, his love to win his tackles, loves to dominate his man.

"He certainly wasn't the finished article, he certainly was a little bit raw and he looked like he just stretched about six inches in the last year so he was still coming to terms with his body, which sometimes 18-year-olds are.

"He just looked like he had great potential because of the brilliant basics of defending he had in him, so you didn't have to teach that. It was more, 'OK, he's got a big ceiling, a big future, potential.'

"I think his dreams were always to be a pro footballer, and it was just for him, 'OK, it might be coming to an end, the journey from England. Do I have to give up on my dreams or can I find another avenue to do it?' And I know education was really important to him and his family.

"He stuck out because he was really mature and he was doing his A Levels. If you asked him to submit some paperwork to the NCAA, he did it straight away, so he stuck out that he was just very mature and took care of his business. Sometimes the young players coming from overseas, you have to ask them four or five times, but he just got it done straight away."

Though Langan never coached Phillips a single day, he now uses the Liverpool centre-half as an example of every footballer's journey being different.

"We use it all the time here with the boys who come through," he finishes. "It's not about being the best 16-year-old, the best 17-year-old, it's about just being as good as you can today and let's see where tomorrow takes you. That looks like that's the story he's had.

"What does it feel for us? We have a little bit of pride. We didn't really have any part of his development but we certainly had a part of his story.

"We watch him closely, celebrate the successes with him and get happy for him. Long may it continue."