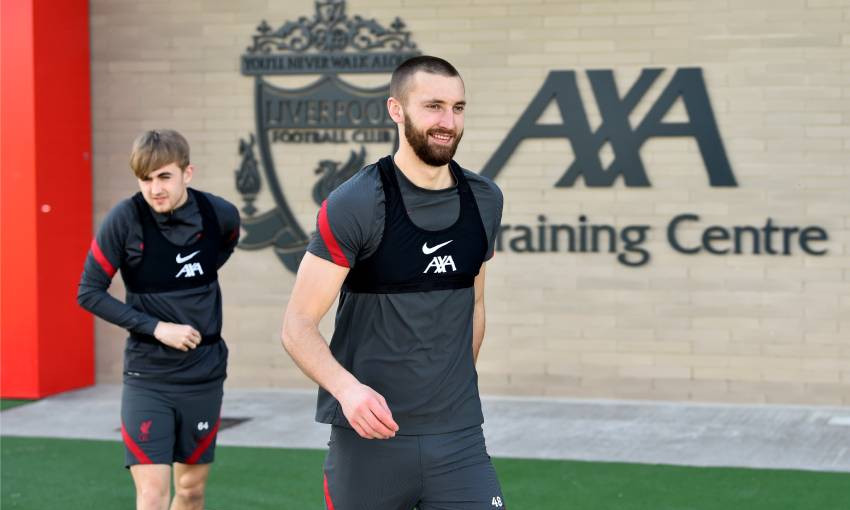 The defender scooped the prize for the very first time after topping a vote by supporters following his three impressive starts last month – one of which was a Man of the Match display on his Champions League debut.

And there was no person more pleased than his manager when the news was announced on Thursday afternoon.

Speaking at his pre-Arsenal press conference on Friday, Klopp said: "He's not that young anymore. He's young, of course, from my perspective especially but he's already a few years out there playing football, which is good.

"But I couldn't be more pleased for him. I couldn't really love our supporters [more] for giving this Player of the Month award to him.

"It's well deserved because he helped us a lot, he's a brilliant guy, he's an extremely smart guy and enjoys the moment a lot.

"It's not the biggest award in the world of football but anyway it's something nobody can take away from him whatever happens in the future, so that's really nice.

"We need him in the shape he played before the break and let's hope that they can play together like this on the same level or on a higher level for the rest of the season, which would be extremely helpful."