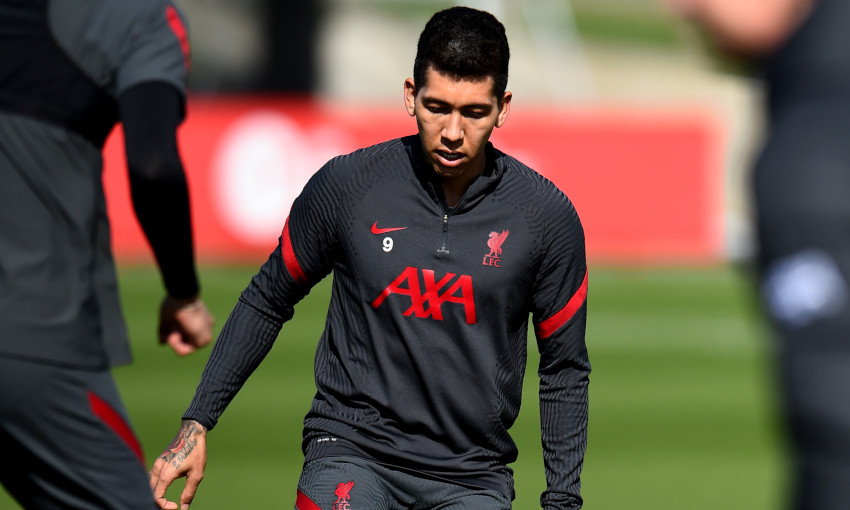 Roberto Firmino is in contention for Liverpool's trip to Arsenal on Saturday evening, Jürgen Klopp has confirmed.

The Brazil forward missed the Reds’ last three matches prior to the international break with a knock, but has resumed full training at the AXA Training Centre ahead of the journey to Emirates Stadium.

“Bobby is back, all the others not,” Klopp stated during his pre-match press conference on Friday morning.

Quizzed on whether Henderson, Gomez and Van Dijk have any prospects of being fit to participate at this summer’s European Championships with England and Netherlands respectively, Klopp replied: “I have no idea about the Euros, to be honest.

“Nothing changed, they are all in the place they should be at the moment. That’s it. The rest, the time will show. I don’t know it, I don’t want to take a player away from Holland or England - if they are ready they are ready and if they are not ready I cannot change that. In the moment, they are in the rehab process, so it’s not about me to make the decision.

“I only deliver the news when I have it and I don’t have any in the moment; no bad news, no brilliant news, they cannot play tomorrow, so that’s the situation.”

In the case of Henderson, the captain underwent surgery on a groin injury sustained against Everton on February 20.

Asked specifically if there was a timeframe for the captain’s return, Klopp said: “No, not really. He is not here in the moment, so he cannot train - but he will train in the next days and weeks, for sure.

“[There’s] nothing to say from me but the problem is I am not a doctor, I’m not a surgeon, I’m not this and that in all of the [injury] cases. It is just about time and if the time will be enough I have no idea, but I hope so.”