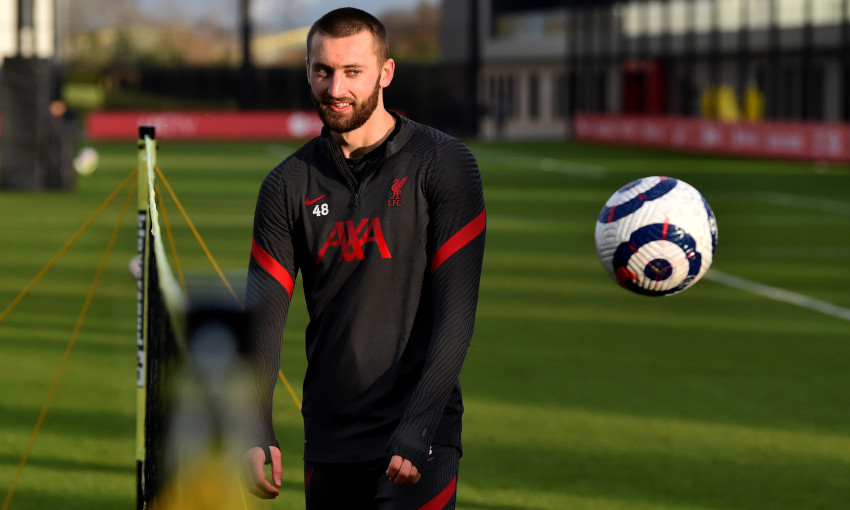 The 23-year-old achieved a bow at the top level of European club competition last Wednesday as Liverpool moved into the quarter-finals with a 2-0 win over RB Leipzig that wrapped up a 4-0 aggregate success.

Phillips was formidable at the heart of the defence, his partnership with Ozan Kabak underpinning the Reds’ sixth clean sheet in eight Champions League fixtures this season.

It was the latest significant milestone in a breakthrough campaign for Phillips, who is in line to make a 10th Premier League appearance at Wolverhampton Wanderers tonight.

Plaudits have steadily been coming from Jürgen Klopp, his teammates, the fans and pundits – but the defender feels the best way to keep moving forward is humility.

“I always felt I’d be able to play in a Premier League game and do a job. That’s just the way I have approached it – and continue to,” said Phillips.

“I don’t look too far ahead. I just crack on with working on myself and improving the things that I can get better at, to get where I want to get to.

“As I have progressed, my ambitions have changed over the past year. Premier League football was something I saw as an ambition. Then I was asked about Champions League football earlier in the season. Not many players get the chance to experience it and you have to earn that right.

“At a club like Liverpool you can never rest on your laurels and think, ‘I am safe now.’ It doesn’t work like that. Circumstances have dictated it, but I still have plenty more to do. In terms of me and my ambitions, they are always changing.” 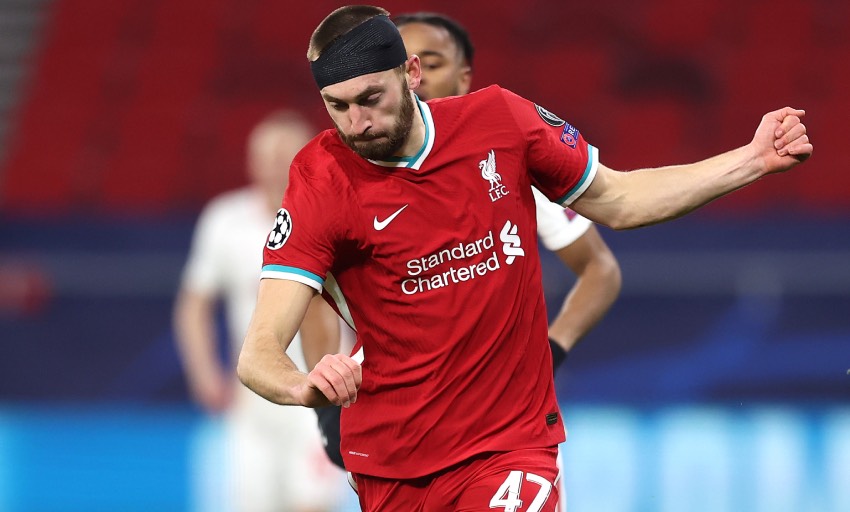 Phillips travelled to Budapest last week nursing a head wound that, by a stroke of misfortune, was exacerbated in training ahead of the clash with Leipzig.

But the No.47 shook off the discomfort and donned a protective headband to play his part in Liverpool reaching the Champions League last eight for the third time in four seasons.

“Literally the first thing I did in training was get my head on it, right where the cut and all the glue was,” he explained.

“It hurt quite a bit and I thought, ‘I don’t want to be worrying about this through the game in case it opens up.’ So I just said to the physios, ‘Can we get something on there and strap it up?’

“Plenty of players have played with much worse. Even if they had addressed any concerns that I might not be able to play, I’d have put that to bed myself.”

Phillips returned to the club last summer having had two spells on loan with VfB Stuttgart during the course of the previous season.

His personal ambitions had been further piqued by his parent team’s Premier League title triumph, which he celebrated in his own way from afar.

“When the lads officially won the league last year, I was still in Germany,” he recalled. “I drove into the [Stuttgart] training ground blasting You’ll Never Walk Alone from the car.

“Philipp Klement, who used to sit next to me, was a Man City fan so I wanted to make sure he knew what had happened!

“I saw how much it meant to those guys. I was jealous they got to experience that moment. I want to feel something like that one day.”

'Thiago is an unbelievable footballer'