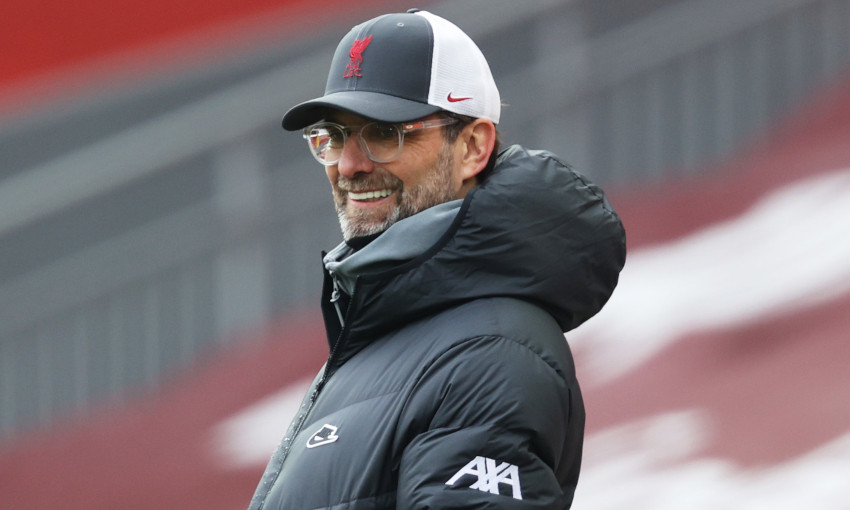 The Reds boss spoke to reporters during a press conference to preview Monday night’s Premier League clash with Wolverhampton Wanderers, which comes after Klopp’s men achieved progress in Europe by beating RB Leipzig 2-0 last time out.

That tie in midweek saw Fabinho make an impactful switch back into midfield, while Kabak partnered Nathaniel Phillips to help register a sixth clean sheet in eight Champions League fixtures this term.

Klopp took questions on each of those subjects – in addition to providing an update on the injury timescales of Joe Gomez, Joel Matip and Virgil van Dijk – during the second part of his media briefing.

Read his replies below…

On the additional benefits of Fabinho returning to midfield…

Actually I would like to start the answer with: Gini Wijnaldum did an incredible job on that position, to be honest. An incredible job. But there are two things. If you have Gini on the ‘six’ you miss him on the ‘eight’ as well. A lot of things which were settled before were unsettled after that and yes, Fabinho helps everybody on the pitch in both directions if he can play his natural position. That’s it. It’s just that easy to say. And yes, that means then it makes life easier for Thiago as well.

But it is not like this – we speak about it like one player back and now all the things will click again. Unfortunately, it’s not like this. But it helped that night because, for example, all three midfielders made just a really good game. Fabinho played, yes, for the first time in a long time on ‘six’ and you see of course the difference he can make in defending stuff but connecting as well and these kinds of things. And you saw Gini Wijnaldum on ‘eight’, who in defending moments is always involved with his mind, which was very important for the game. And Thiago that day as well. So that all helped and that’s why it worked out very well. When Fabinho can play the ‘six’, it’s obviously for him the best position and for us it’s the best position for him as well.

I didn’t see that as a problem yet, to be honest. So, I heard, I didn’t read it but I heard, there was some criticism when Ozan came and started playing and stuff like this. This is the world we are living in. You bring in a 20-year-old boy and everybody wants him to sort all our problems in one second and you don’t give him time at all. We don’t and we didn’t see it that way – and we are quite critical with ourselves and with the boys as well. Ozan played from the first moment on really good.

Did he play as good as he can? His best performance ever? Probably not. Would it be possible? We spoke about Ben [Davies], how difficult these kind of things are, but Ozan played pretty much immediately. That makes it really tricky. And he tries to adapt and when you try to adapt in these moments, you cannot be yourself naturally because you try to adapt to other people. So it takes a while [for] a team who can do both, adapting to the others and being yourself. But I’m completely happy with the performances so far. Of course, everybody knew – he is 20 years old – he is an amazing talent. So I don’t think that’s a problem, that we cannot judge him next to Virgil or Joel or Joe. We see what we need to see. 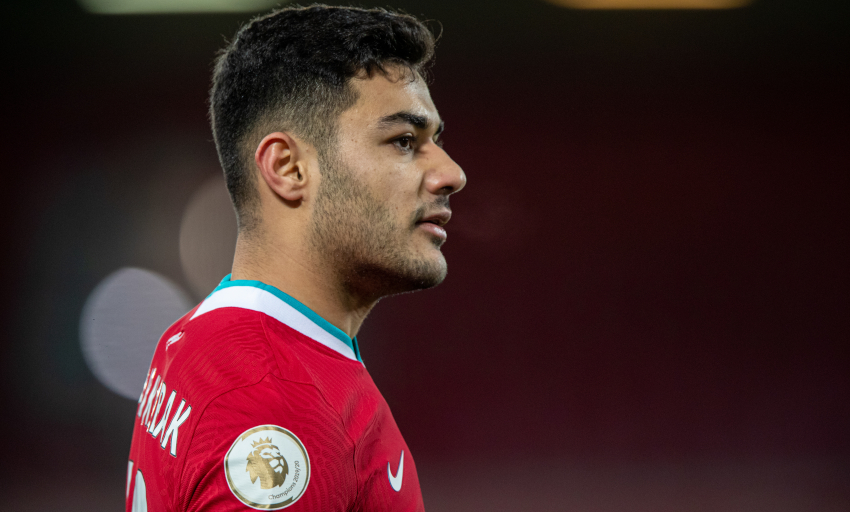 Yeah, it would be a dream. So, why not? But we are not in the situation. I said it after the Leipzig game: yes, we were really all happy to go through to the quarter-final and being in the last eight. That’s really cool. Millie said it to me, it’s the fourth quarter-final in five years, with the Europa League involved – four times in the quarter-final out of five times in Europe. So, yeah, that’s good. But we are not in the situation sitting here and telling already the fairy tale about how it all could end. What we think, what we wish, what we dream of and all these kind of things is something completely different.

But being ready for Wolves is actually the only concern I have in the moment, the only thing I’m really busy with. And using the positives from the last game, yes, that would be very helpful. But, look, yes, it’s the last eight but the last eight is historically tricky because they are just seven other teams which are really good. It’s not 100 per cent clear who the other seven are but the few who are already in and the few which look likely they will be in, there are no easy games. But in these games then give them a proper game – yes, that’s the plan, whoever it is. Definitely, that’s the plan. But not today, it’s in three or four weeks, I don’t know exactly when the next round will be played. But we have enough time until then and we try to use it as good as possible.