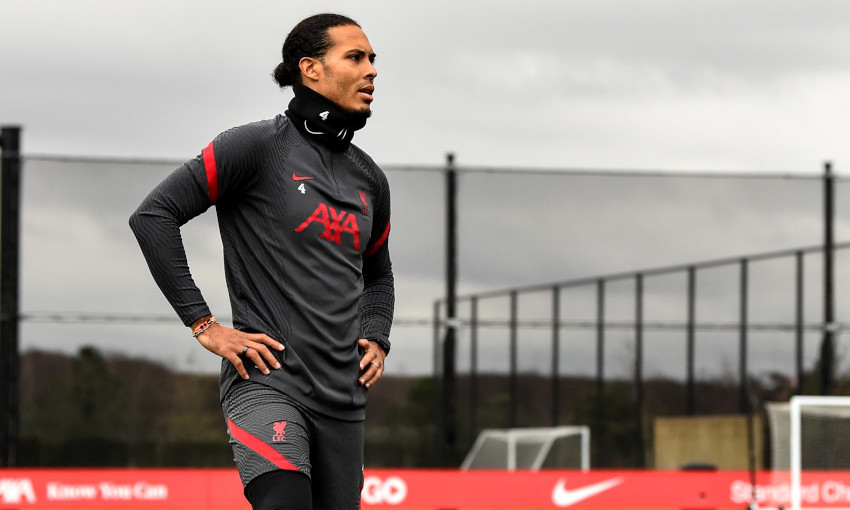 Jürgen Klopp has explained Liverpool are aiming to have Joe Gomez, Joel Matip and Virgil van Dijk back in training during pre-season for 2021-22.

The three central defenders are each currently sidelined with long-term injuries and undergoing rehabilitation programmes at the AXA Training Centre.

During his press conference on Saturday afternoon, Klopp was asked whether potential involvement at the European Championships for Gomez and Van Dijk would be beneficial for their fitness.

“That’s not my decision. But, to be honest, the information I have in the moment [is] it will be unlikely,” the Reds manager replied.

“So, not that I don’t let them go because I don’t want to have to do that anyway, but it’s because of the extent of the injury. We all hope that they will be ready to start the pre-season with us. That’s what we hope.

“And, by the way, with Joel it’s pretty much the same, he’s just not qualified for the Euros but it’s with him the same.

“These are really serious injuries. And it’s not about now that we talk [about] which competition they can play. As far as I know – and I’m always open for positive surprises, now they all of a sudden show up in team training – but nobody told me that.

“The two of them [Gomez and Van Dijk] look in the moment better than Joel looks because he’s still in his [what] looks like skiing boots. But he is here as well. Joe is not running, Virgil is already running, but this is really a tough one.

“We are completely over the moon when they are ready to train with us for the start of pre-season. About the Euros, I didn’t think about it.

“I don’t know when you would have to be back that you are able to play the Euros. The week before? The day when the Euros start? I don’t know. That’s it. I understand maybe the need of that but we cannot make this decision and we will not.