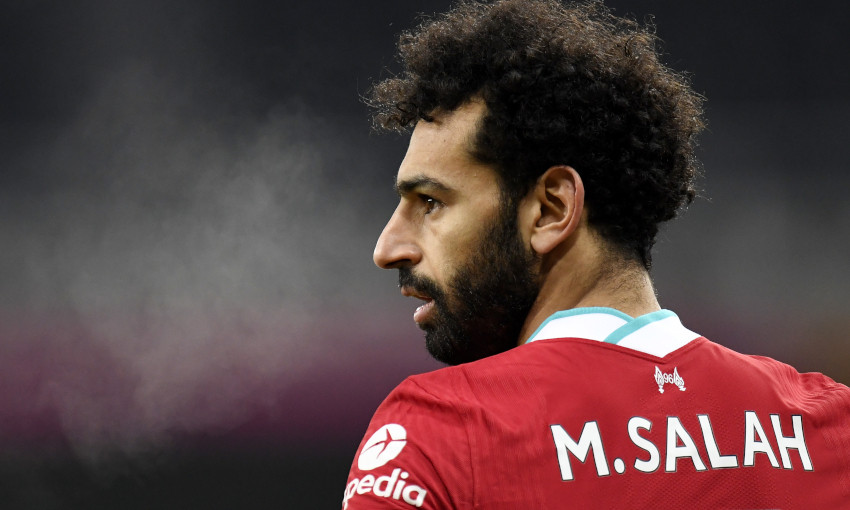 The situation at the top of the Premier League adds extra edge to the latest clash between Liverpool and Manchester United for Mohamed Salah.

The Reds trail their arch-rivals by three points before hosting them at Anfield on Sunday afternoon, following a run of three games without a win in the top flight.

Those factors have only increased the players’ desire to defeat United this weekend, stated Salah, who acknowledged the heightened importance of this particular meeting.

“The game is really big at the moment, especially because now they are first and we are second,” the Egyptian told TV 2 in a preview to the showdown.

“They are playing well this season as well. It’s a good game but at the end of the day we need to win that game, I think that’s the most important thing.

“I always say it’s just one game, it’s only one game. But because this one, if they win they are going to be six points [ahead of Liverpool] and if you win you’re going to be the same, it’s a little bit special this game.

“It’s always different. The last two years I’ve always said it’s one game and that’s it, it’s three points. But this game now, because they are first and you have to be close to them and beat them to be first as well, it’s a little bit special.”

Since the 7-0 rout of Crystal Palace on December 19, Liverpool have drawn with West Bromwich Albion and Newcastle United, and lost at Southampton, in the Premier League.

And Salah has sensed the determination among the squad to put those stumbles behind them as preparations have ramped up at the AXA Training Centre this week.

“We also lost a couple of points in the last couple of games, so we need to come back to our way and we need to stay on track to win games so we can keep fighting for the Premier League.”

Salah currently leads the race for the Premier League Golden Boot having bagged 13 times in the division so far in 2020-21.

It is an accolade the No.11 has won in two of his previous three seasons with the Reds.

But, ultimately, Salah’s concentration is wholly on collective pursuits and providing as many goals as possible to boost Liverpool’s ambitions.

“I’m happy when the team wins, that’s the most important thing,” the forward replied, when asked to assess his own form this term.

“When I’m scoring goals and can help the team, that makes me more happy. When I don’t score and the team doesn’t win, that’s a nightmare!