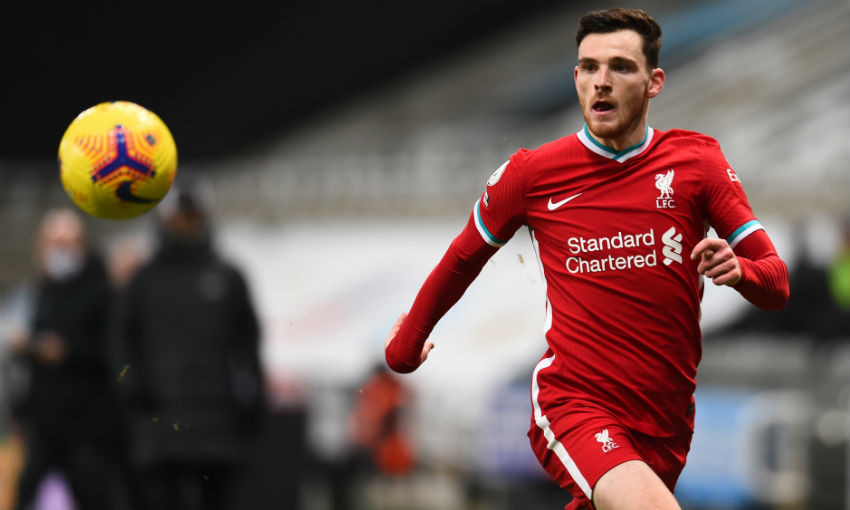 Andy Robertson is hoping Liverpool can put together a run of positive results in order to build on the strong platform they entered 2021 with.

The reigning champions ended 2020 on top of the Premier League with more than a third of the season played.

But following back-to-back draws, Robertson is even more determined to claim a set of three points in the hope of sparking a sequence of victories.

The left-back told Premier League Productions: "Obviously we're still top – of course we would have liked to be top by a couple more points than we have.

"The last couple of games have been frustrating for different reasons but we're entering the New Year top of the league and looking to kick on now.

"Hopefully we can put a run of wins together that can cement our place at the top. But we know it's not going to be easy. I think this season has shown that from every team.

"We need to be at our best to win games of football this season."

In their search to return to winning ways, Liverpool travel to St Mary's on Monday night to face Southampton.

Former Red Danny Ings leads the scoring for Ralph Hasenhuttl's side in 2020-21 so far, but Robertson detailed the all-round threat posed by the Saints.

"I've watched Southampton probably since the 9-0 defeat against Leicester," the No.26 continued. "They really kicked on after that point.

"I think a lot of people were concerned at that point but that was then maybe the shake-up that they needed. Since then they've been one of the best teams in the league.

"A really good manager and you can highlight Ingsy's importance, his goals and goal contributions – of course he's their No.9, their main striker – but they have so many good players.

"Like probably every other game, we need to be at our best to get anything from this game and hopefully we can. Hopefully we can get a positive result."