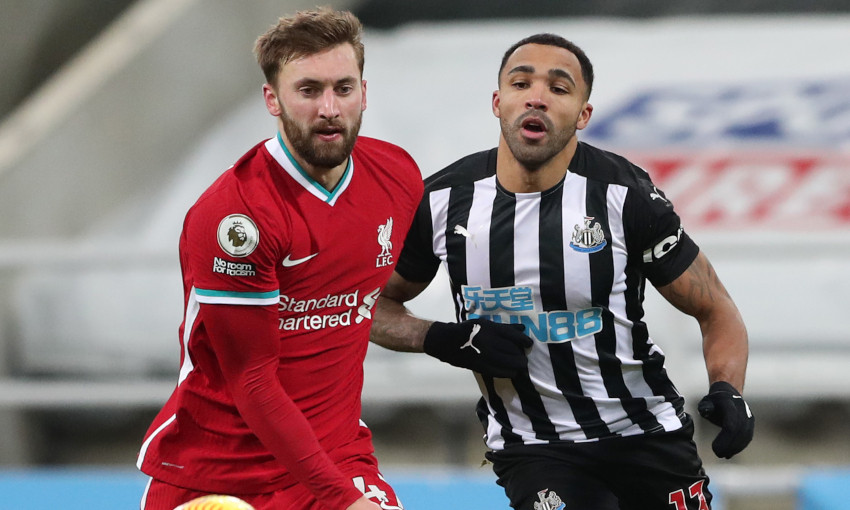 Liverpool departed St. James' Park frustrated but with determination to take the positives into their next game, according to Nathaniel Phillips.

The Premier League leaders were held to a draw for the second match in succession on Wednesday night, this time a goalless stalemate against Newcastle United in which the hosts’ goalkeeper, Karl Darlow, made numerous saves to keep the Reds at bay.

Jürgen Klopp cited those squandered chances as the one element missing from his team’s reaction to the previous setback at home to West Bromwich Albion – and Phillips immediately looked forward to the opportunity to put that right at Southampton on Monday.

“Really frustrating,” the centre-back, who started alongside Fabinho in defence, told Liverpoolfc.com. “We felt we created enough [chances] in the game to take three points and get the win.

“But, unfortunately, we just couldn’t convert our chances. It can be like that sometimes in football and we’ve just got to pick ourselves up and go on to the next game.”

He added: “We created a lot more [chances] tonight, which is one positive, but we need to finish off our chances and hopefully we can do that in the next game.”

Liverpool end 2020 with a three-point advantage at the top of the division as they aim to defend the Premier League trophy they lifted in July.

But Phillips underlined the necessity to rediscover the habit of getting wins over the line no matter how matches unfold or opponents set up.

Asked about the test of breaking down well-drilled defences not being easy, he said: “It’s not but we’ve got the quality to be able to do so and we’ve shown that in the past.

“It can go both ways really because when teams do sit off us then we dominate the game and we gather momentum. Sometimes it can work against teams [playing] against us, but in an ideal world we need to find a way to win the game and finish our chances.”

The 23-year-old made his first appearance since late November as he replaced Joel Matip, who is expected to be sidelined for three weeks due to an adductor issue.

On a personal level, Phillips could take pride in a first clean sheet on his third Premier League outing of the campaign.

“That’s what I want to be doing: get out on the pitch and playing games,” he said.

“It was a tough game for myself, very physical, they didn’t make it easy for me up there. But there’s plenty for me to work on, I’ll look back on the game and see what areas I need to improve on. But a clean sheet isn’t too bad.

“It’s definitely challenged me [at this level]. I wouldn’t say I’ve felt out of my depth. The more games I’ve played, the more I’m getting used to it, but each game provides a different challenge.

“With each game I’ve just got to try to gather experiences from them and work on the things I need to get better at, learn from each game and hopefully get the momentum.”