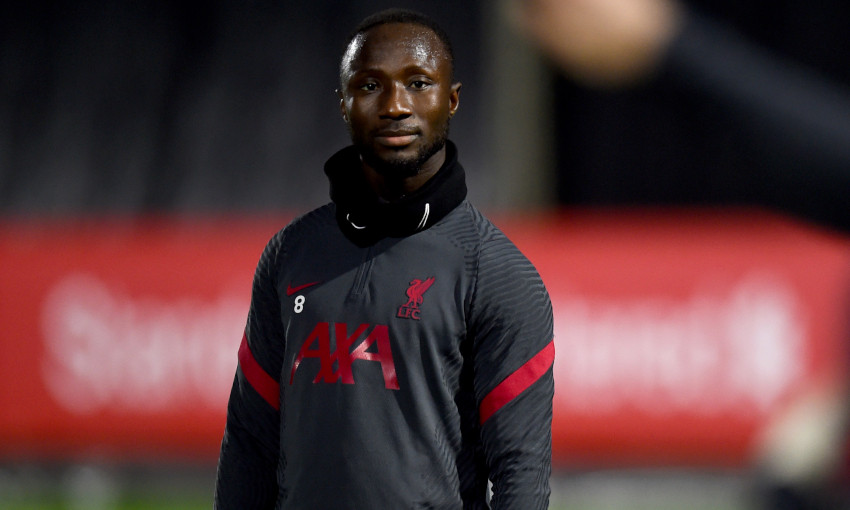 Naby Keita could return to the Liverpool squad for Wednesday’s encounter with Tottenham Hotspur.

The midfielder sat out the weekend draw at Fulham due to a tight muscle, but Jürgen Klopp revealed he joined in part of Monday’s session at the AXA Training Centre.

However, the manager doesn’t anticipate having any of the Reds’ other injured players available for the visit of Spurs.

“Naby maybe,” Klopp replied during his pre-match press conference, when asked if anyone could return for the fixture.

“Naby was yesterday involved in the extended warming up, I would say. There is another session today and we will have to see how he reacts and then we will have to make a decision about that.

Injuries have restricted Keita to 10 appearances in all competitions so far this season.

The No.8 had started in the Champions League at FC Midtjylland before sitting out the visit to Craven Cottage on Sunday.

Klopp added: “Naby is in the team, Naby has no rhythm, that’s the truth, but because of different things since we started the season again and that obviously doesn’t help, performance-wise.

“Then you play a game and we have only two days between the games and then you have to make a decision: is he ready? But whatever you do in the rehab process, you cannot replace the proper football training – and we don’t have a lot of football training because of the number of games we have. That makes it difficult.

“Then the boys start playing again and obviously that was the case at Midtjylland; everybody who saw Naby Keita playing in his absolute best moments knows that was obviously not his best moment – normal and explainable with the lack of rhythm, but still obvious.

“So now we had to make a little step back again with him. It’s not too serious, that’s why he is in training again, but we will see. Nobody is in doubt about Naby’s qualities. But when you are injured, you need to be a little bit lucky that you don’t get kind of a re-injury because of the intensity and stuff like this.

“He didn’t have that luck, so we try to be as careful as we can. And still do exactly the same, we just try to consider the individual situation of the boys and make decisions if they are ready to play or not. Then sometimes it works out and sometimes not. That’s it.”