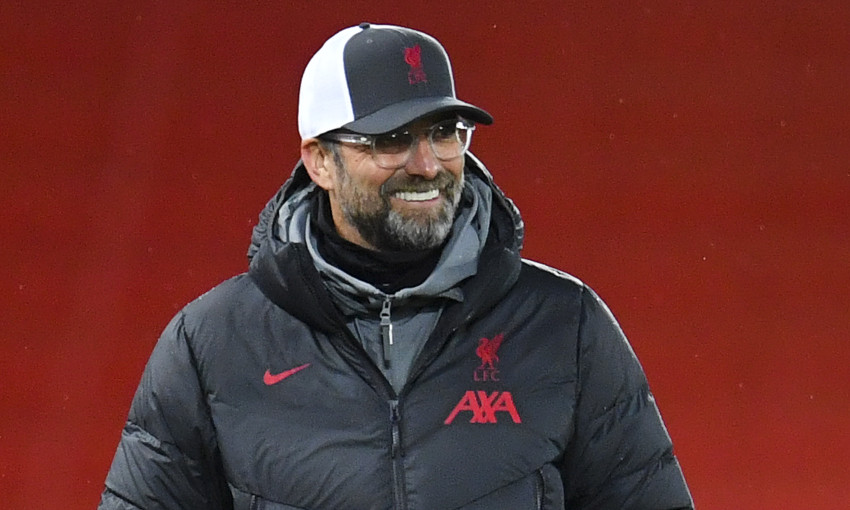 Jürgen Klopp is excited by the challenge of taking on RB Leipzig for the first time as a manager, but admits the Champions League last-16 pairing is as ‘tough as it gets’ for Liverpool.

The Reds were pitted against the Bundesliga side in Monday’s draw, with the first leg scheduled to take place at the Red Bull Arena on February 16.

The return will be contested at Anfield on March 10 and Klopp is predicting a difficult tie for his team.

Speaking to Liverpoolfc.com at the AXA Training Centre on Tuesday morning, the boss said: “Pretty much as tough as it gets. I was pretty sure we would get one of the Germany teams – either ‘Gladbach or Leipzig, both are strong.

“Leipzig played in the semi-final last year and this year look good again. In a very difficult, tricky group they went through and says pretty much everything about them, outstanding.

“I think because they played in the semi-final last year, probably English people now know them better but usually it is like, ‘Liverpool are big favourites’ – but it will be a tough one.

“It is the last 16 of the Champions League, so how can you find 15 other clubs who are not strong in Europe when you play in this competition? It is not possible.

“So, that’s the draw, we take it. It’s still a long time until we meet them, a lot of games to play between now and then, a lot of things can happen, but I am excited.

“I never played against Leipzig – they came up to the Bundesliga after I left, so I have never been in their stadium, but it is a wonderful city and let’s see.”

Leipzig secured their passage into the knockout stage of the tournament by progressing through a group that also included Manchester United, Paris Saint-Germain and Istanbul Basaksehir, finishing second to the French club in the standings.

However, Klopp doesn’t believe their progression at the expense of a Premier League side will have any bearing on how the meeting with Liverpool pan out.

“I would say it is irrelevant, but for them the fact they finished above them is good for them and helps them rather than us,” said the manager. “They respect us 100 per cent.

“We played against Julian Nagelsmann, the coach, when he was at Hoffenheim, which was a tough one. Now he has a better team, a really exciting team. Lost Timo Werner, still in the top three of the Bundesliga, that says really everything about them.

“The club has a very interesting story. It’s not the oldest club in Germany, it’s only founded 10 years ago or so. But they are doing a really good job, I have to say, and I respect a lot what they are doing. I’m looking forward to the games, honestly.”

At just 33 years of age, Nagelsmann is widely regarded as one of the brightest young managerial prospects within the game – and he’s someone Klopp holds in high esteem.

He said: “Oh, he is definitely someone I have a lot of respect for.

“In comparison, Thomas [Tuchel] is, I don’t know the age, but Hansi [Flick] I think is a little bit older than me. He [Nagelsmann] will be in world football for the next 20 or 30 years. He is now in his early 30s, that says everything.

“I’m afraid to say but probably will still get better and better over the years, like we all got, but is already really highest quality. It will be a tough one.”