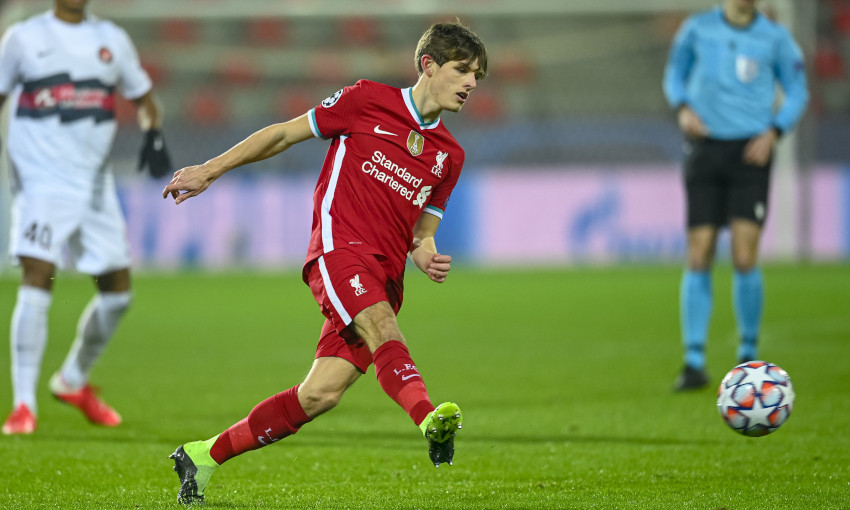 Leighton Clarkson felt he acquitted himself well as he achieved the dream of a Champions League debut for Liverpool on Wednesday night.

The 19-year-old was named in the starting XI for the Group D finale against FC Midtjylland and went on to play the full 90 minutes of a 1-1 draw.

It was Clarkson’s third appearance for the Reds’ senior team but his first on the European stage, which made for a special occasion on a personal level.

“It’s stuff you dream of as a child obviously, making your Champions League debut, and to do it here and now it’s a special moment for me and my family and it’s one I won’t forget,” the midfielder told Liverpoolfc.com post-match.

“Then in the second half we weren’t really at it and we were dropping deeper and weren’t really playing possession football, and that’s something to work towards with the games coming up.”

Clarkson represented Liverpool in the Carabao Cup and FA Cup last season and trains regularly with the first team under Jürgen Klopp.

He had been named on the bench for the two previous ties in Group D – which the Reds topped to claim seeded status for Monday’s last-16 draw – before being handed his chance on the pitch in Denmark.

Asked what the manager told him ahead of the game, Clarkson said: “He just said: ‘Play your normal game.’ I’ve been training with them for quite a bit now but that was like my proper debut. They were just saying, ‘Feel free, be yourself.’

“For me to be up there training with them I’ve got to have shown him something so I’m happy I’ve done that and I’m obviously delighted [the manager] gave me this opportunity and I feel like I’ve taken it.”

A running theme of Liverpool’s campaign, not least in the Champions League, has been the contributions of the Academy graduates who have been called upon.

On a night when Trent Alexander-Arnold proudly captained the team, there were further chances for Caoimhin Kelleher, Rhys Williams and Billy Koumetio – now the youngest player ever to feature for the club in the European Cup – to stake their claim.

“It obviously helps with the likes of Henderson and Trent, the senior players advising you and telling you stuff on the pitch,” explained Clarkson.

“When you look around, I’ve known Rhys for many years, Billy’s come in and I’ve known him for quite a few years. We’ve been training from the likes of U16 and U18 [level] and obviously to play in a Champions League game for the first team is just incredible.”