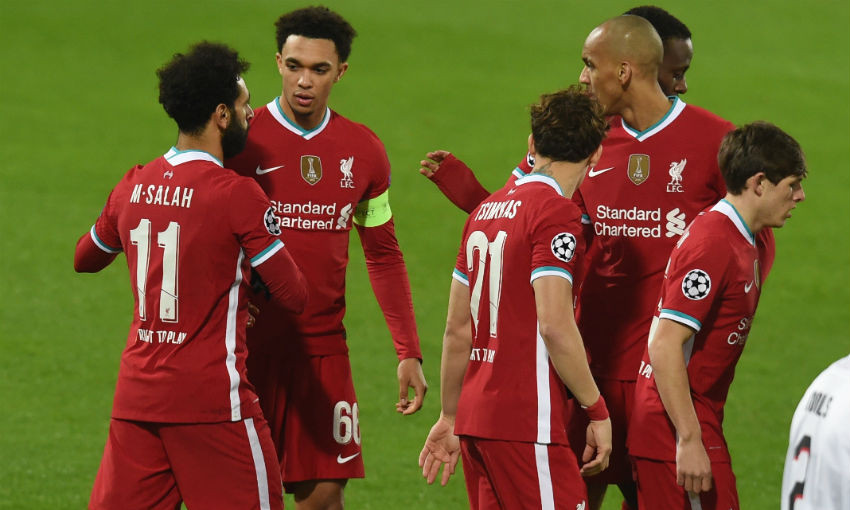 Mohamed Salah is hoping to build up a healthy lead after claiming the honour of Liverpool's all-time top goalscorer in the European Cup.

The Egyptian's opener away at FC Midtjylland after just 55 seconds of play on Wednesday was his 22nd goal for the Reds in the Champions League, overtaking Steven Gerrard's previous record of 21.

And now Salah is determined to continue adding to that tally in order to help Jürgen Klopp's side achieve more success in the competition.

The No.11 told BT Sport: "It's a great feeling, of course, to be the top scorer for the club [in the Champions League], something I'm proud of.

"I need to keep going like that and scoring more goals and make the gap maybe bigger between me and the others!

"But I'm trying all the time to score goals just to help the team to win games – that's the most important thing."

Salah's early goal in Denmark was also Liverpool's fastest ever goal in the Champions League.

But the forward and his teammates were denied the three points after Alexander Scholz's second-half penalty earned the hosts a point.

"It was a tough game, they played good today and they played like almost man-marking," Salah said.

"We scored the first goal early after the first minute but they struck back, played a good game. The game finished a draw but the most important thing [was] that we qualified already first. It's a game to learn."