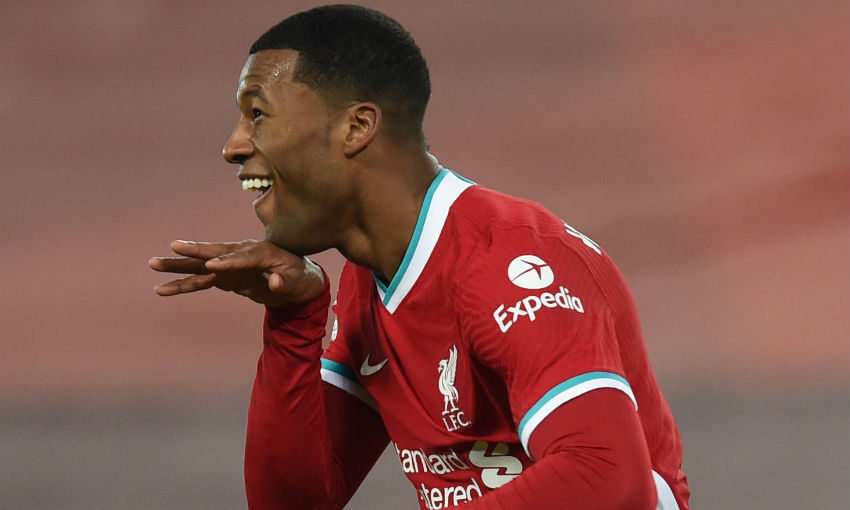 Georginio Wijnaldum was delighted to fulfil Virgil van Dijk's pre-match request for a goal during Liverpool's 4-0 win over Wolverhampton Wanderers.

The No.5 scored the Reds’ second in Sunday’s resounding victory at Anfield with a fine, curling finish at the Kop end, which housed the majority of the 2,000 supporters permitted to return to the stadium for the first time since March.

Wijnaldum duly copied Van Dijk’s celebration while running over to the home dugout, behind which his injured teammate was sat.

And the midfielder later revealed details of a dressing-room chat with his friend. 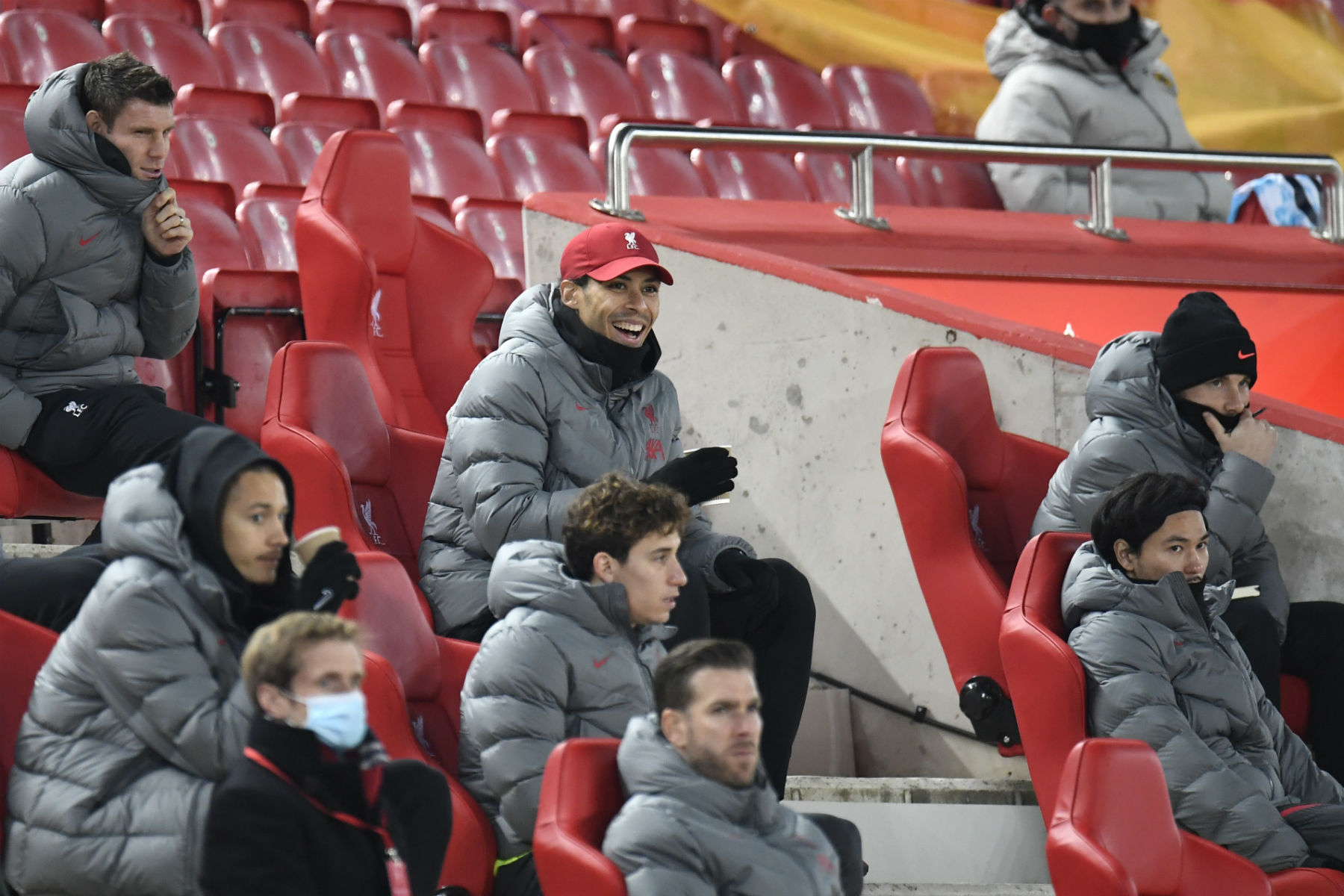 “I already said that every goal I score this year I will dedicate to him because we all miss him,” Wijnaldum told Liverpoolfc.com.

“It was great to have him back. He said to me in the dressing room, ‘I want to see something today, I want a goal’ so I said: ‘No problem!’”

Read on for the rest of Wijnaldum’s post-game assessment…

Gini, fans were back inside Anfield and it was a brilliant team performance…

It was a really good thing that the fans were back in the stadium today. It’s a moment that we looked forward to for a really long time, so from the first moment when we heard that fans were allowed in the stadium we were already excited that we could play again with the fans. It was good to have them back, it was good to give them a 4-0 win and a good performance.

They were really supportive of us and that’s also something that we need. Everyone knows that the fans and the crowd in Anfield is really vital for the team and can give the team an extra boost and that’s what they did today. I think it was 2,000 fans but the noise they made was unbelievable for 2,000 people. So it was a good day.

What a night to have the fans back 😁🙌🏾We’ve missed you ❤️ #YNWA #LIVWOL https://t.co/ExHFykqSdB

Yeah, it looked like that but, to be fair, I was quite comfortable during the game that we were going to score another one. But you know how it is with a 1-0 lead, just something little has to happen and you can concede a goal – especially against Wolves because it’s a really difficult side to play against. During the game I was quite comfortable that we would score another one, but of course it’s a crucial goal because we just had a 1-0 lead.

You put in another superb 90 minutes after saying beforehand that you’re not feeling tired despite the packed schedule. Are you just loving playing games at the moment?

I think that’s it. I’m loving playing games, I’m loving playing games for Liverpool, for this team. And I’m lucky and blessed that I’m fit until now so yeah, I’m just enjoying the moment. It can look like, ‘I always play a lot of games, it’s hard and difficult’ but I always try to look at the bright side of playing a lot of games because we are all footballers to play games and I just enjoy it.

Caoimhin Kelleher kept a second successive clean sheet – just how well has he done in these last two games?

Unbelievable. You see the kind of saves that he made today and also against Ajax, that helped us a lot also during the game. Like I just said, if it’s 1-0 and you concede a goal then the other team will get confidence and then you have to work harder again to score another goal and he kept us in the game. So yeah, a really big compliment to Caoimhin.