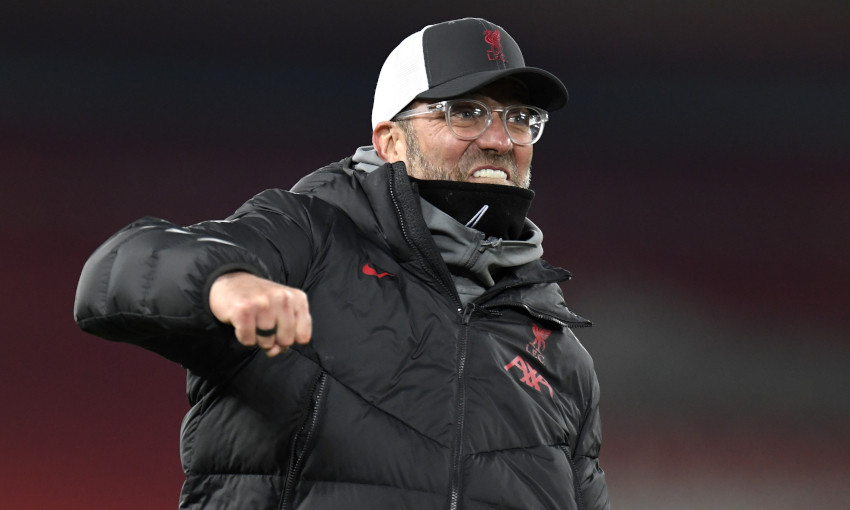 Jürgen Klopp described Liverpool's 4-0 win over Wolverhampton Wanderers in front of 2,000 fans as a 'perfect night'.

The Reds celebrated the first game at Anfield with supporters in attendance since March by powering past Wolves.

Mohamed Salah’s clinical effort opened the scoring midway through the first half and the home side ensured all three Premier League points after the break through Georginio Wijnaldum, Joel Matip and a Nelson Semedo own goal.

Klopp passionately acknowledged the significance of the occasion at full-time and, during his post-match press conference, detailed how his team and the crowd were at the highest level.

Read a transcript of his verdict on the victory below…

On the emotions of having fans back in the stadium…

Having all that back without a football game would have been already great, to be honest, but thankfully we had a football game. When we came out for warming up we all had no idea what we should or can expect. When we came out we all had goosebumps, it was incredible. When the people saw the first player then they obviously got quite noisy. The rest who were still inside thought, ‘Oh my God, that sounds really loud.’ Then you come outside and see not the real face but the group of people. It was very emotional, to be honest, after 10 months without that. It’s just a wonderful, wonderful sign. It’s a little bit like the news of the smart people who invented a vaccine. Like, ‘Oh, finally! OK, we get it only in a few months but we know it’s ready so now we can start doing that.’ These kind of signs. Having people in the stadium is another really good sign. Hopefully everything goes well and we can build on that as a society, not only a football society. That’s really nice. And the people were on top of that not only in the stadium but in the best shape. That was really, really nice. If none of my players tell me, or the medical department tells me someone is injured, then it was a perfect night.

With the fans of course it’s different. We played a super game against Arsenal, we played a top game at Chelsea. We played a few really good games already this season. But tonight we could only play this one game and that was a top performance against a really, really good side who couldn’t get really in the game tonight. I think that was first and foremost because of the way my boys played. It was really difficult against us tonight. It was a really, really good, high-level performance.

On being reunited with 2,000 Liverpool fans…

They are [a part of us]. It’s nice that we could give them back a little bit. Look, playing without fans is difficult but watching football knowing you usually would be there is difficult as well, so we are absolutely in the same boat. It was really nice to have that common experience tonight. Yes, I get it, 100 per cent, that it felt like it is the first time because it felt the same for us. I had no idea what to expect, to be honest. Before the game, I told the boys we have supporters in the stadium today – everybody knew that, but I forgot it during the week, to be honest. To talk about it, what would be different and stuff like this, I didn’t know what would happen, but if it’s good then to use it. If it’s not good, we have to ignore it. It was outstanding, it was outstanding. Getting out of the dressing room for the warm-up, that was a proper goosebump moment. It was really emotional, during the game it was emotional, it was outstanding. It was so nice to hear You’ll Never Walk Alone again. How I said, if nobody is injured it was a perfect night. 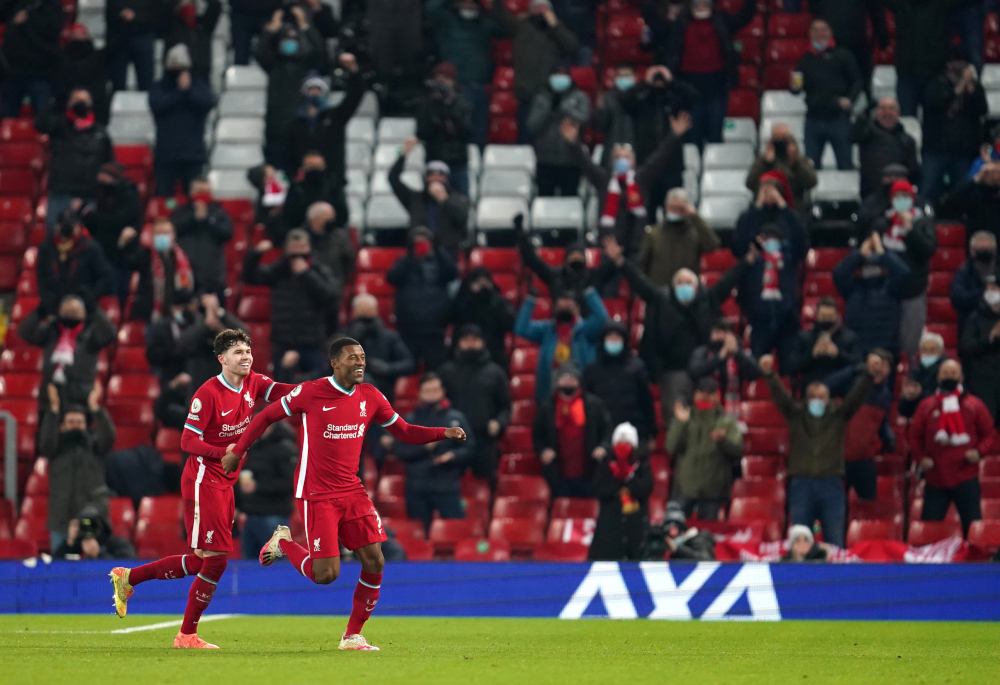 On what pleased him most about tonight on the pitch…

I don’t have a favourite moment on the pitch because the game was good for that. You prepare for Wolves, which is difficult anyway, and you don’t know which system they will play. You see the line-up and we still don’t know which system they will play because Dendoncker usually played against us, I think in the last game, in the last line, [but] today he played in midfield. We are not too detail-obsessed, but we are in the details. You think, ‘OK, what can I tell the players? Be prepared for five in the back?’ and then there is four in the back and stuff like this. Not too many things change for us, but a few things changed actually, so the boys adapted just exceptionally well and used our formation in a really good manner, played in the space we had to play – that’s what I enjoyed the most.

[There were] plenty of sensational individual performances, from the young boys it was really great. Neco Williams, we only took off because obviously the plan of Wolves was to bring Traore on the left wing and maybe Neco makes one more foul and then maybe he gets the second yellow and stuff like this. That was the only reason; he played really, really good. Sadio had a few moments where he controlled which I still don’t understand how he can do that, these kind of things. A lot of good performances and that’s why you can win a football game.